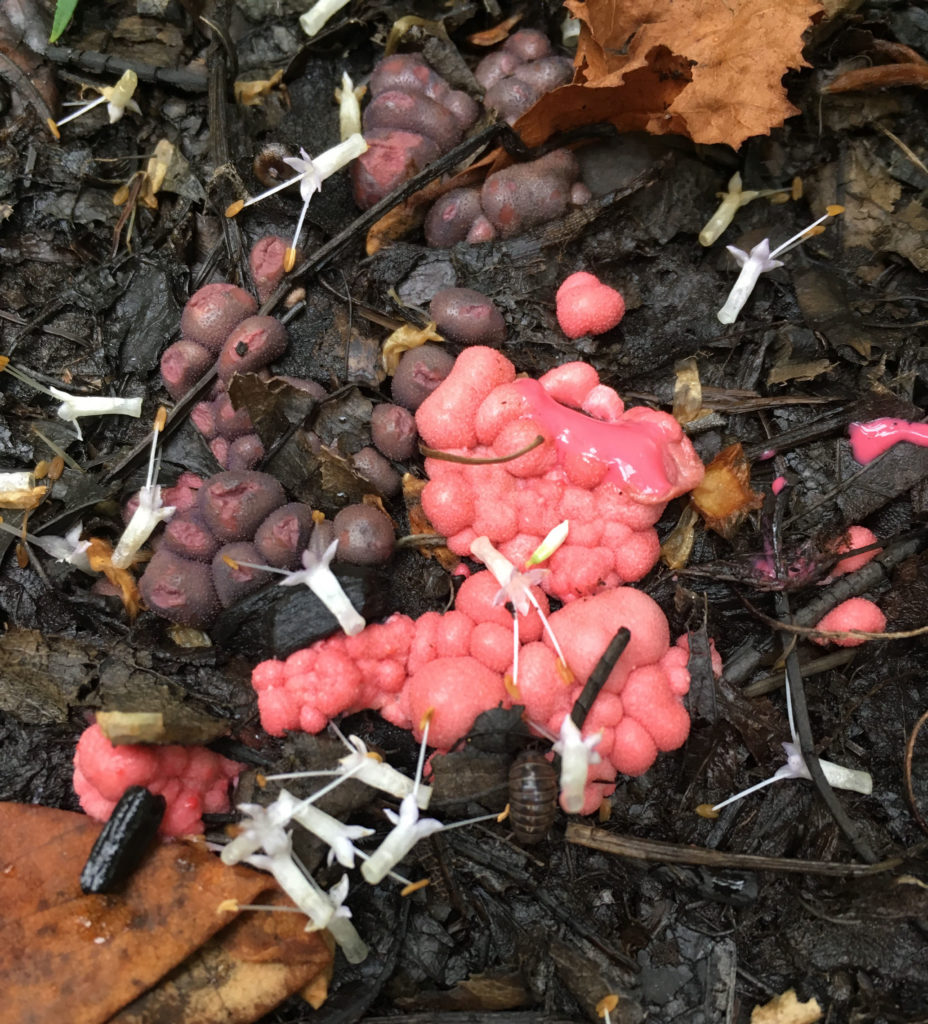 Slime molds are one of the weirdest organisms you’ve probably never heard of. If you’ve ever seen random piles of what appears to be dog vomit on wet mulch or a forest floor, look again. This unassuming pile of ooze could actually be a slime mold- they are the silent cleaners of forests, munching up debris, old fungus, and decaying matter.

In the single-celled form they are hardly visible, but if conditions are unfavorable or it’s time to reproduce, individuals will send out chemical signals to attract others, then fuse  their bodies together. The result is a single multicolonial unicellular slime mold with many independent nuclei floating in a jelly-like cytoplasm. Together they can cover meters, and move as quickly as 4 cm/hour. These forest boogers were once considered a member of the fungus Kingdom, but much unlike fungi they are capable of physical locomotion along the forest floor, and they actually hunt and engulf their dinner, which they then digest internally.

Dog vomit slime (Fuligo septica var. candida) might not look like much, but others can be outrageously orange (Leocarpus fragilis), peptobismal pink (Lycogala epidendrum), or brilliant yellow (Physarum polycephalum). Some look like hair (Stemonitis species), others are quite lumpy (Tubifera ferruginosa), still others form lattices that resemble pretzels (Hemitrichia serpula). They have no brain and no nervous system. And yet they respond to their environment with an almost humanlike consciousness, making collective decisions about where and when to move, discerning the most nutritious foods, learning from their mistakes, transferring learned knowledge to new members, in constant search of browner pastures. 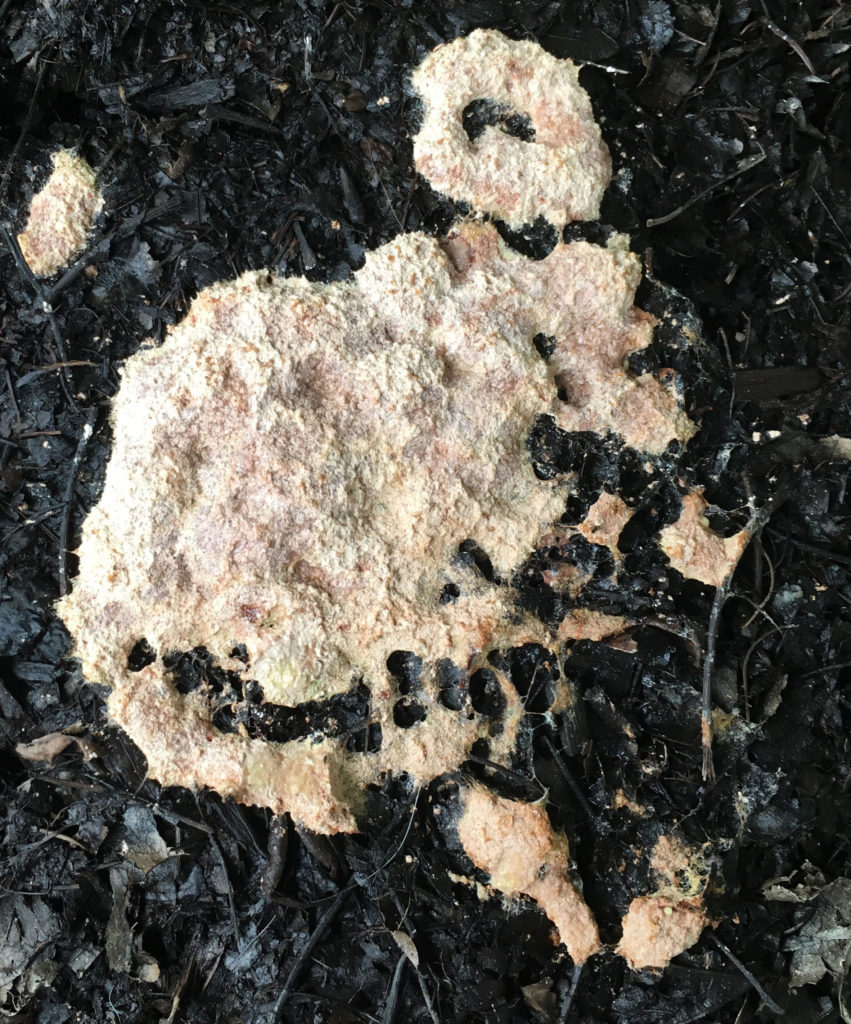 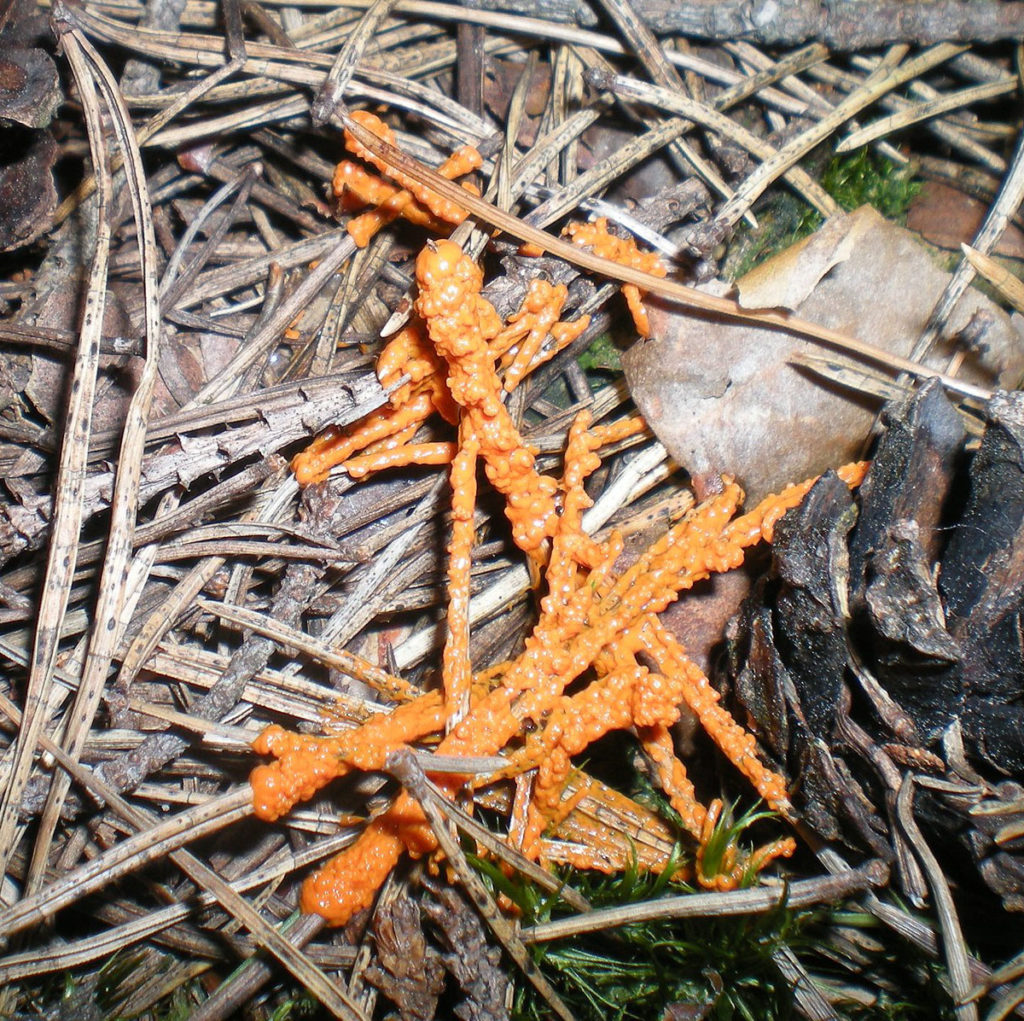 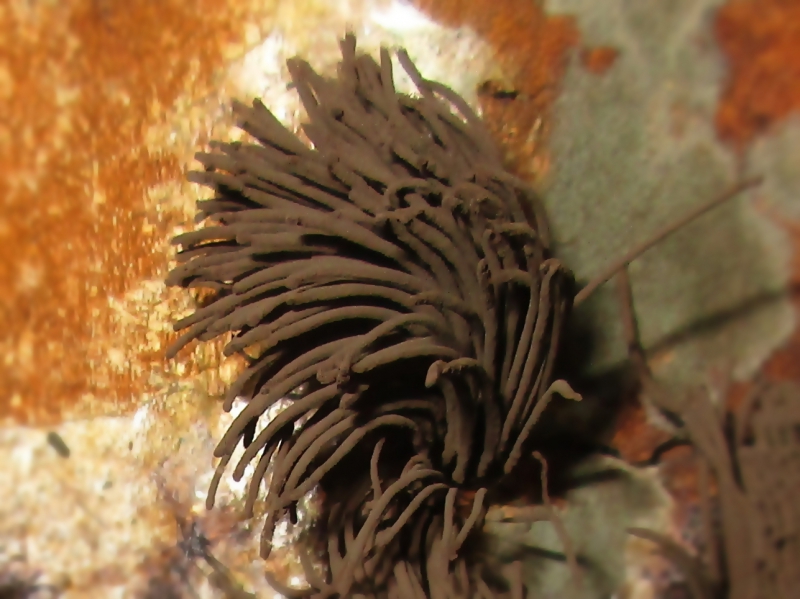 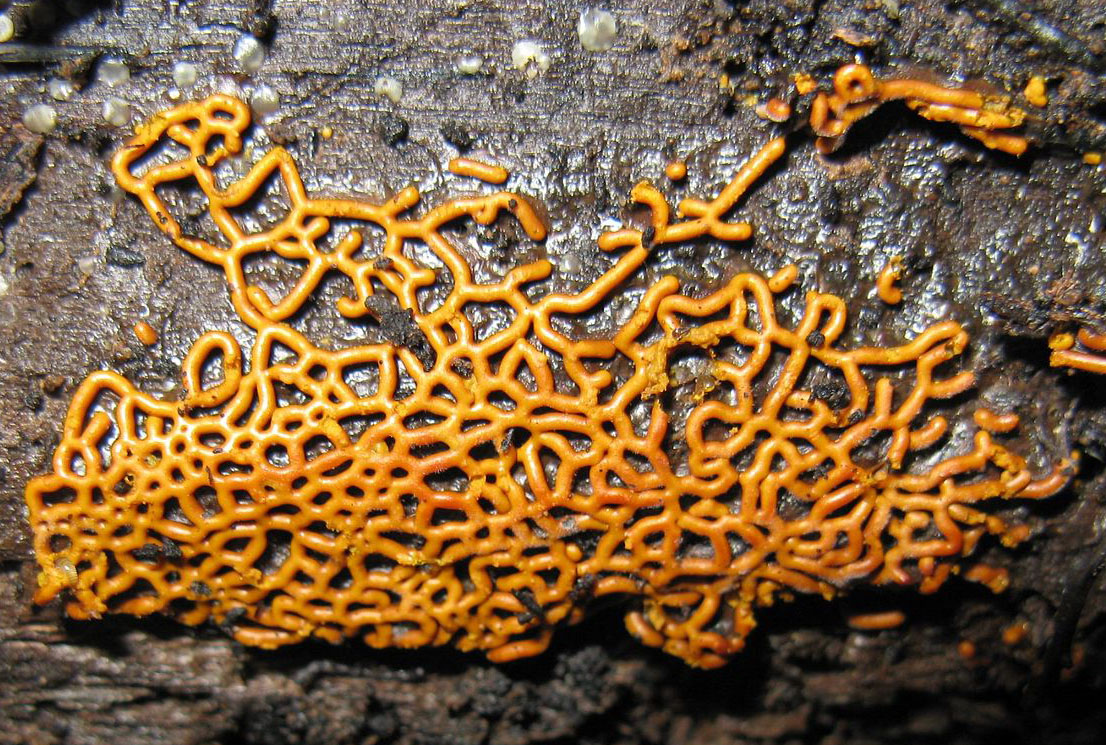 In fact, there’s been reports of slime molds escaping from petri dishes in labs, and a quick youtube search will yield videos of slime molds solving mazes to find the most direct route to a food source. In 2009 Hokkaido University scientist Atsushi Tero even demonstrated that slime molds can think like human engineers to solve spatial problems, but without any formal education or brainpower. He released slime mold Physarum polycephalum onto a petri dish modeled after the greater Tokyo area, with each city center as a food source. The slime mold sent out continually changing arms, and after several days, had created an efficient and direct network between food sources that was nearly identical to Tokyo’s railway system. You can watch a video of the process below.

If you’re interested in witnessing slime molds up close and personal, your best bet is to wait until the spring when things start to warm up and slime molds reawaken. Try looking on or under decaying logs, mulch, and the forest floor after a good rain. They like damp, shaded conditions, and can sometimes be tricky to spot. Bring a small magnifying lens to help. The Arnold Arboretum or Mt. Auburn Cemetery would be good places to start, but you can find them in the middle of the city too. I’ve seen slime molds near the Aquarium on the Rose Kennedy Greenway in the early spring. Whatever you do, don’t squish them, they don’t like that. And be sure to send my regards. Long live the slime molds!

Slime Molds: No Brains, No feet, No Problem

A Brainless Slime That Shares Memories by Fusing