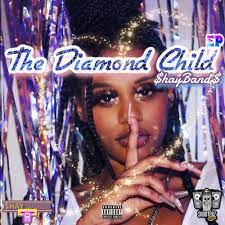 The summer is starting to wind down (well, sort of), but that hasn’t stopped artists in Massachusetts from releasing music at a relentlessly efficient level. The next five years will be some of the most exciting for the state, especially since there’s been widespread support across the region for a Commonwealth takeover.

You’re starting to see places like Brockton-an otherwise unknown entity outside of the state only two years ago-lead the charge thanks to artists like Van Buren, Benjy Ali, Packy Marciano and MonaVeli. You’re also starting to see western Mass. finally receiving some minor recognition due to artists like Jxylen, Deziner Drugz and MacWay. Boston, of course, always features a wide range of talent, but it’s nice to see Massachusetts winning as a whole. And if you watch interviews with these artists, you can feel their collective excitement, as well.

As a celebration of sorts, this list shouts out the best tracks/projects I’ve been listening too from the state over the past few weeks. Make sure to support them their music.

Over the past few weeks, my daily YouTube rotation has regularly included MonaVeli’s 2018 track, “Daze.” The Boston artist’s chilled-out, day-in-the-life raps have been a formidable soundtrack to the dog days of summer, while her sing-rap delivery creates a cloudy ambience.

Since then, MonaVeli has really honed in on her musical and visual tenacity, trusting instinct and talent to create songs and music videos that teeter between lavish and intimate. Her most recent track,”Wants and Needs,” continues that trend, as MonaVeli talks about maintaining her hustler mentality in the face of greed and fabrication-“Maybe if the streets weren’t so motherfucking greedy/I’ve been moving through like water, never seen a team with me/On my Suge Knight shit, I’m a bully about my business.”

The beat, courtesy of Conrad Dalton, momentously circles around MonaVeli’s words like a car swiftly accelerating and decelerating. Shot in Costa Rica, the video exemplifies MonaVeli’s ever-changing vision as a director, particularly with the help of KillerLookz; who co-directed the visual with her. The entire package paints MonaVeli as a meticulous artist with very few limits. Her confidence in her craft will surely take her far.

The Van Buren collective could’ve basked in the overwhelmingly positive attention they received from their spring 2021 classic Bad For Press. They could’ve taken the summer off to relax (no pun intended) and wade by the pool until the leaves begin to change. Instead, the group stomped on the pedal with a breathless might. They took a Halloween-esque beat from AzizTheShake and Eddie Random and completely manhandled it. “Cash Rules” isn’t so much a cypher as it is a verbal assault on anyone who thought they would take a breather. “Why you got grown men walking round with loose lips,” Luke Bar$ seethes. Saint Lyor once again shines on a fiery chorus and raps as if he’s trying to muster every last breath he has. Jiles, Meech, Lord Felix and Andrew Regis continue to spit like seasoned veterans. Like all great artists, they were never going to let up.

It’s been a couple of years since Oompa released her powerfully astute concept album Cleo, but that hasn’t stopped the Roxbury artist from releasing music and building a positive atmosphere around the Boston DIY scene. On “LEBRON” and “GO,” Oompa trades heightened stakes for droptop music. The change in artistic direction is a welcome surprise and coincides well with her meditative reflections found within prior music. On the former song, Oompa invites the biggest names in the Boston music scene for a pickup basketball game, whether it be OG Swaggerdick, DJ WhySham, Cakeswagg, Brandie Blaze, and many more. The beat-provided by PavenMelody and produced by Dephrase-knocks with a slight New Orleans-inspired bounce, while Oompa dunks like Vince Carter and raps in GOAT scripture…”All my real bitches taught me the game, so if I’m not Kobe, I’m LeBron.”

While “LEBRON” clearly denotes a party, “GO” is best played during a velvety drive with the bass heavy and the windows nonexistent. One of my favorite parts about Massachusetts hip hop is every once in a while an artist will try their hand at a piece of another region and make it their own. We’re starting to see it on Michigan-style songs like Messy Money Sav’s “On a Crumb” and $hayband$’ drill-infused “No Features.” Oompa dips her toes in a west coast flavor beat courtesy of Dephrase. “You like nature, let’s jump in the cloud,” Oompa sings in a topless vehicle (I’m not a car person, so don’t judge me). The track is a pleasant change-of-pace for the versatile artist.

$hayBand$ is another artist who can switch her tone on a dime. The most recent project from the Shooterz Muzik affiliate lands in the R&B category with guitar-laden anecdotes and life-altering choices. “Late night got me thinking to myself/Do I really want to be with you or someone else,” Band$ croons on “Wish Me Well.” The majority of the project finds the Boston artist staring at the ceiling fan pondering thoughts on her present and future. She evokes an isolated feeling while still being relatable, separating herself from conflict until further notice-“Lately, I just ain’t been feeling me/I’m losing feelings, I don’t even want you missing me.”

It’ll be interesting to see what other emotions she taps into with this style, or if she decides to return to her fire-breathing magic on the aforementioned “No Features.” Either way, I’m all in on her and the Shooterz Muzik collective.

This track is just gorgeous all-around. ProSwervez carries an innate ability to create lively instrumentals that marinate and develop with such plush verve. Literally everything he creates has some type of low-end groove to it, even if it is subtle. Waves lightly crash in the background while the shimmering keys reflect birds peacefully flying above, and voices circle in and out of the atmosphere. Sança compliments these attributes perfectly with a tender touch and vivid imagery. Tobacco black eyelashes flutter in the forefront and other innate details of the setting-piercing souls, racing hearts, and gold flourishes-flow concurrent with the pristine atmosphere. Everything just feels so alive on this one.