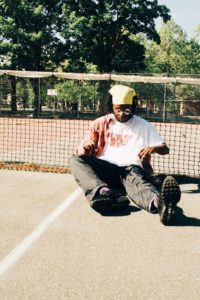 I’ve lived 10 minutes from Springfield for all but four years of my life, and every time I drive by the hovering MassMutual Center or the MassLive tower that sits across Memorial Bridge, all I can think of is this Cousin Stizz bar: “There ain’t much to do around here/So we just really into making money.”

Springfield, and Hampden County in general, are by no means the worst places to live in the world, but there is a certain mundanity that can sometimes feel a little soul sucking. Six Flags is cool if you’re not from here, but if you live two minutes away like I do, it gets a little jarring when traffic riddles most of Main Street during the summer.

An MGM casino was added a couple years ago, but according to a friend who used to work there, many outsiders were unhappy with a lack of nightlife for younger adults. People would travel here from across the country and not know what to do. Walk outside the back, and you’ll see a fountain, an overpriced Whalburgers and the Springfield Armory.

Beyond that, there was an article in 2019 that described Springfield’s concentrated poverty rate as looking like “New Orleans before Hurricane Katrina.” Housing prices are some of the lowest in Massachusetts, but that is mainly because the city has some of the most abandoned buildings in the commonwealth, and a lot of it has to do with a lack of state and federal funding, or municipal attention from town officials (COVID stalled any chance of formidable progress).

Springfield rapper Jxylen, like me and Cousin Stizz, is also not really doing much around here unless it involves creating. The rising artist is at the forefront of an overlooked region of the state that boasts eccentric oddballs like DJ Lucas and Bekah CC, as well as other underrated artists like Deziner Drugs (who just released a video with Jxylen), Dayvii, and Villa velli.

Jxylen’s approach to rap revolves around the idea of self-care, spirituality, and perseverance in the wake of depression, pain and fabrication. His delivery is ruthless and muscular, while his words play out like a stream-of-conscious diary.

He’s released a couple EPs (The Road to Darkness, Save Yourself, The Burning Dawn and Prophecy: A New Day) and other loose singles that act as ruminative vignettes to represent a greater narrative. Sometimes, it sounds like he’s fighting against fatalism, like on “Soul Cry” where he says, “My heart still heavy from the core stress…peace wasn’t there when its needed/For me, I’m stressed.” Other times, he takes a retrospective look at his life while searching for new beginnings-“Never look back/vision blurred/Only seeing forward past you n****s.”

The production he raps over shape shifts between abstract drum patterns, chipmunk soul samples, and symphonic percussion. Every once in a while you’ll hear a vocal snippet of him unveiling life lessons and his own personal affirmation. He’s a prudent artist who sees things from a spiritual lens. He naturally has a way of transporting listeners into his complex headspace.

I had the pleasure of asking Jxylen some questions about growing up in Springfield, spirituality, and the importance of music in his life. 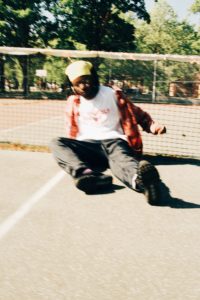 RF: When/how did you first start getting into making music?

Jxylen: Honestly before taking music seriously I used to write poems as a form of therapy, ya know, almost like a release but over time my love for hip hop and poetry started to come together in my very early teen years. Eventually ran into friends with similar interests that wanted to take music serious and been working ever since.

RF: What did you listen to growing up, and what type of music inspires your own music?

Jxylen: Kanye was my favorite artist growing up…actually the year Kanye dropped MBDTF (My Beautiful Dark and Twisted Fantasy) was the same year I was inspired to write a rap hahaha. But In terms of music I’ve listened to a lot of golden era HipHop (90’s), Portishead, TDE, Odd Future, Beast Coast… these days I’m inspired by 70’s & 80’s music such as Pink Floyd, Marvin Gaye, Queen, MJ, Prince, etc.

RF: A common theme throughout your music seems to be maintaining individuality while trying  to obtain peace in the face of negativity and fabrication (especially on the Save Yourself EP). What inspires your writing/rapping process?

Jxylen: A lot of my music and writing starts from my pain and experiences. Like I said before music was this therapy so I try to create music that not only is creatively but lyrically rich but I try to make music that will be felt. But outside of my experiences I love movies… 80’s movies, suspenseful/psychological horrors – movies that have good plots, leave me hanging and left thinking. They’re always inspiring.

RF: Seeing as you’re very transparent in your music, I was wondering if you could speak to how important music has been as an outlet for you over the past few years?

Jxylen: Maaaan music is my life. Haha, music is the only outlet I have outside my journal where I can get everything off my chest whether it’s the good or the bad. When people tell me my words resonate with them it’s confirmation that I’m doing something right and it warms my heart to know I’m helping and that I’m not alone with what I go through but yeah, music is my release.

RF: What is recording like? Do you work with a lot of people, or is it more of a solo shot?

Jxylen: I like recording alone, I don’t like distractions around me when I record. I like to get what I need done and work at my own pace, art shouldn’t be rushed and I don’t really have time to be just stuck in the studio all day since I do a whole lot more outside of raps.

RF: Is faith and spirituality important to you? I subtly hear some references, especially on your most recent EP.

Jxylen: Yes yes yes, I’m a very spiritual person and spirituality has helped guide me through life especially in my recent years of growing. Some people understand and some can’t grasp my beliefs but at the end of the day I have faith in what the universe has in store for me all I can do is make sure I’m doing the work.

RF: When people talk about Massachusetts rap, they generally only mention the eastern part of the state. What are your thoughts on that, and do you think there is a formidable scene in western mass that people don’t pay attention too? Any artists from the area you’d like to mention?

RF: What do you hope people can get out of your music?

Jxylen: If people can get anything out of my music or just me as an artist is that the world is yours, you can create the life you want to live and you can be who you truly want to be, only one stopping you is you. Be yourself and be confident in that even if you lose people, the real ones that supposed to be here will be here. Look within because all the answers you’re looking for are within you. #saveyourself

RF: What has it been like living in Springfield, and have you been there your whole life?

Jxylen: I lived in Springfield for a majority of my life, a very small city if I’m being honest; not much to really do unless you’re creating.  I’ve lived in Georgia a few times. I go back and forth from Atlanta and Springfield often.

RF: Lastly, what do you hope the future holds for you?

Jxylen: I want to make history creating art/music that’ll stand the test of time. Become a HipHop mogul, be an artist that can be looked up to and at as a blueprint many can try to surpass. Save and change lives for the better through my art/music and lastly become successful business man.