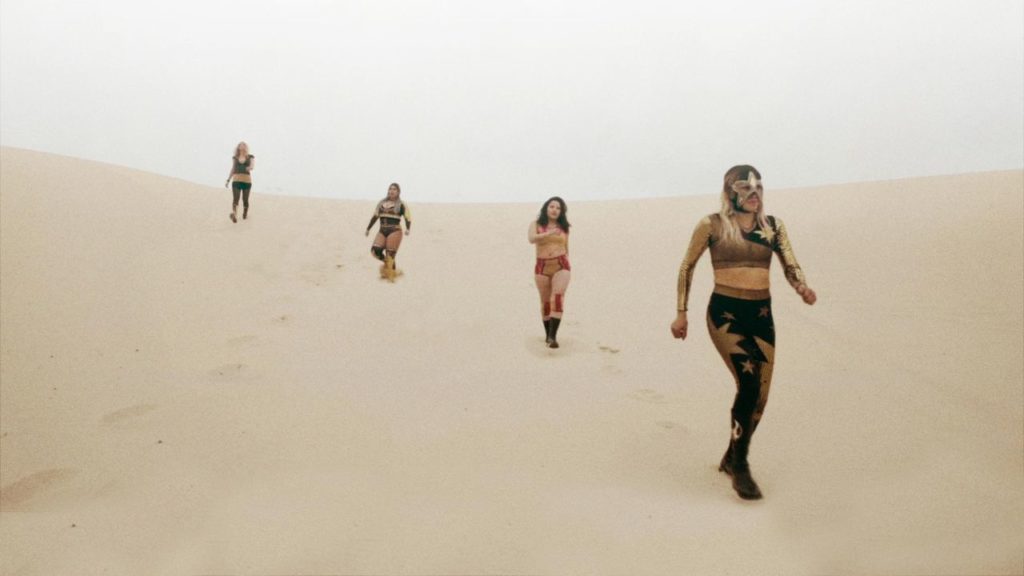 When covering any film festival, physical or virtual, it usually takes a couple of days to find one’s sea legs. As I enter day three of this year’s metaphysical South By Southwest, it appears I’ve settled on a routine: roll out of bed, pour myself some coffee and a bowl of Peeps Cereal (“Marshmallow-flavored cereal with marshmallows!”), spill out whatever I can remember about the previous day’s binge, then watch my pre-selected films as they go live– watching films roughly from 11AM to 11PM, with brief interludes to shovel meals into my face, spend time with my partner when she gets home from work, and maybe check in on my Animal Crossing villagers.* On the whole, I’d still rather be in a movie theater, but it’s still, as they say, nice work if you can get it. 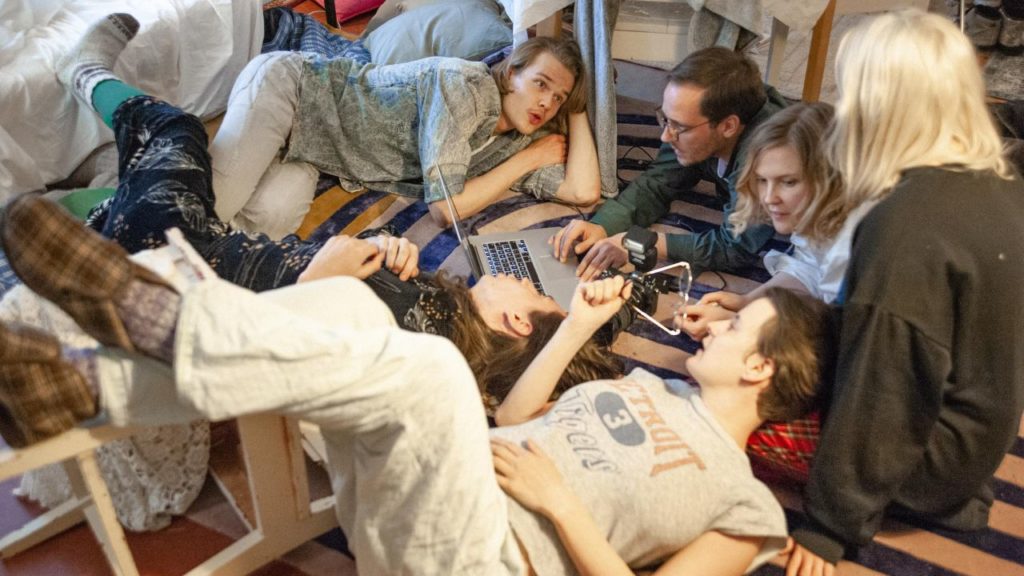 FUCKING WITH NOBODY (2021) dir. Hannaleena Hauru

Perhaps fittingly for this Very Online film festival, two of the films I took in on day two concern the trials and tribulations of viral superstardom. The first, Hannaleena Hauru’s Fucking with Nobody, is an off-kilter Finnish comedy about the emotional toll we trade for likes and followers. Hauru plays Hanna, a frustrated filmmaker who channels her bitterness into an experiment: she and a young actor friend, Ekku, pose as an insufferably gooey couple on social media, with the help of their circle of friends, artists, and assorted Bohemians. At first, the experiment is a resounding success; Hanna is treated better at her day job, Ekku sees a world of new parts open up to him, and the two soon find themselves bonafide influencer celebrities. However, the deeper they get, the more lines get blurred– both in terms of Hanna and Ekku’s relationship and the narrative of the film itself.

Fucking with Nobody is an effervescent film full of ideas; its postmodern look at the world of indie filmmaking at times resembles a millennial-pink Irma Vep (its film-within-a-film, a fictionalized biopic of Finnish-American horror host Maila “Vampira” Nurmi, even recalls that film’s ill-fated remake of Les Vampires), and its characters’ morally dubious experiment is somewhat reminiscent of another Scandinavian comedy, last year’s surprise Best Director nominee Another Round. Yet I found Fucking with Nobody’s elliptical narrative and postmodern framework often frustrating. The real-life filmmakers seem just as in love with their own cleverness as their onscreen counterparts, and the whole thing feels a bit like watching an inside joke about people you don’t know (they even end the film with a focus group screening, with audience members leveling many of these very same charges). The effect is ultimately like looking at a friend of a friend’s social media feed: fitfully amusing, but largely insular. 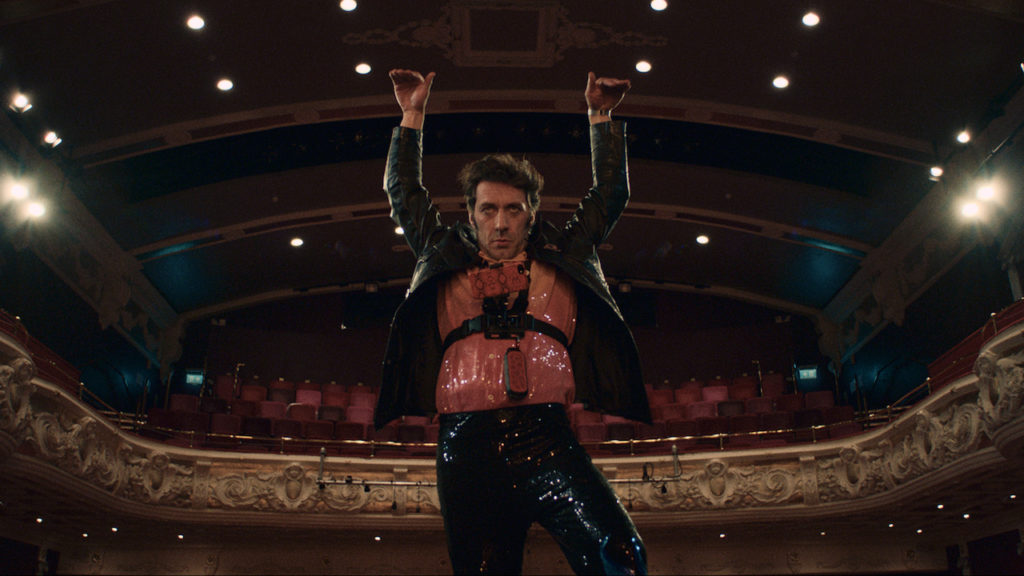 If Fucking with Nobody feels like an Instagram satire made by Instagram users, Paul Dood’s Deadly Lunch Break seems like it was made by a horrified outsider looking in– and is much the better for it. Paul Dood (Tom Meeten) is a livestreaming introvert whose only dream is to take his all-singing, all-dancing, all-sequinned act to a Britain’s Got Talent-like showcase and make his mum proud. However, when his audition goes as poorly as an audition could possibly go, Paul comes up with a new path to stardom: embark on a killing spree to wreak revenge on those he deems responsible– all live on the internet, and all on his one-hour lunch break from the thrift store he works at. Needless to say, things don’t quite go according to plan– except for the bit about fame.

Paul Dood starts a little slow, and the first act occasionally drifts into mean-spiritedness (in particular, there is some business at a Japanese tea shop which, while primarily targeting tone-deaf white cultural appropriation, still felt a bit queasily timed). Once Paul starts on his titular break, however, it blossoms into a winningly silly caper, bloodshed and all– think somewhere between the wide-eyed goofiness of Extra Ordinary and the acid satire of Prevenge (the latter film’s Alice Lowe pops up in a scene-stealing supporting role, paired with her Sightseers co-star Steve Oram as a corrupt priest and his assistant). It also presents a view of viral fame which seems just real enough to be plausible; the comments Paul receives from his growing mass of followers could have easily been farmed out from actual Twitch accounts. In the end, Paul is sort of a reverse milkshake duck: an apparent monster who turns out to actually be a pretty good bloke.

In contrast to the first two films, Luchadoras presents a much more analog version of fame: local lucha libre wrestling. Strikingly shot on the notoriously tough streets of Juarez, Mexico, Luchadoras follows four female wrestling superstars: Lady Candy, a coffin deliverer by day who is fighting to get a Visa to see her children in El Paso; sisters Baby Star and Little Star, who never appear in public (or on camera) without their decorative masks; and the diminutive Mini Sirenita, who just might be the toughest of the bunch. Stateside, Mexican wrestling is primarily known for its flamboyant iconography, but this film, by documentary filmmakers Paola Calvo and Patrick Jasim, is deadly serious. Juarez is one of the most dangerous cities on earth for women (in a series of chilling montages, Calvo and Jasim train their cameras on wall after wall plastered with “Have You Seen Me” posters), and the struggles faced by the film’s protagonists are nearly unimaginable. Yet we also get to see their triumphs. When these women are in the ring, they are stars, and the love and respect their young daughters feel for them is palpable. What’s more, by night, they lead protests to end the city’s epidemic of misogynist violence and return its missing women alive, defiantly wearing their ornate ring costumes. While it feels reductive to refer to real people as “superheroes,” it’s tough to think of a situation in which it more directly applies. 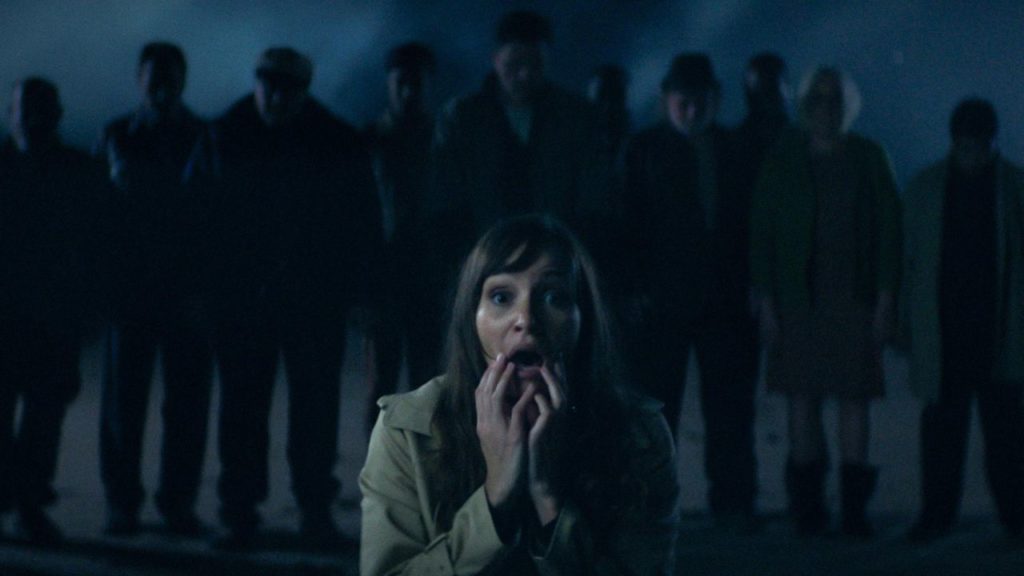 Once again, I closed out my moviewatching day with a selection from the festival’s Midnighters program– and I may have found my first rewatch of the festival. In Offseason, Marie Aldrich (House of the Devil’s Jocelin Donahue, the thinking person’s scream queen) receives a mysterious telegram informing her that her mother’s grave has been vandalized. Dragging her ex, George (Joe Swanberg), to the isolated tourist island deep in palmetto country where her mother was born, Marie does her best to take care of her unnerving business before the entire town shuts down for the winter. But everything about the island seems… off… even before Marie begins spotting white-eyed townspeople peering out at her from the palm fronds.

From its opening moments, Offseason exudes chilly, oppressive atmosphere. I don’t want to get into the whats of the plot– I went in blind, and recommend doing the same– but the dread of the island recalls HP Lovecraft, Carnival of Souls, and southern gothic in equal measure (not for nothing does Marie share a surname with the director of Hush… Hush, Sweet Charlotte). Donahue is one of the most subtly expressive actors working in horror today; as in House of the Devil, much of this film’s opening half consists of Donahue simply walking around and looking at things, yet there’s never any doubt exactly where on the dread-meter she falls at any given moment. Writer-director Mickey Keating parcels out information methodically, with periodic chapter headings on appealingly stylized title cards. And when things do start happening, they happen hard. (My only exceedingly pedantic gripe is that he reuses the same creepy-ironic needledrop as Final Destination 3). It’s a genuinely scary piece of work, and once the gears start turning they never let up. There are few more thrilling feelings than seeing a festival film that you know you’ll be revisiting in the future. I have a sneaky feeling Offseason might make it into my regular Halloween rotation.

* – For my coverage, I plan on focusing primarily on feature films, but I would like to take this opportunity to single out Don’t Peek, a delightfully creepy short in the Midnighters selection about the darker side of Animal Crossing. You can watch it legally and for free, with an artist’s statement from director Julian Terry, here.

Part of our continuing coverage of the 2021 SXSW film festival. For the dispatch from day one, click here, and follow me on Twitter for those sweet, sweet Hot Takes!