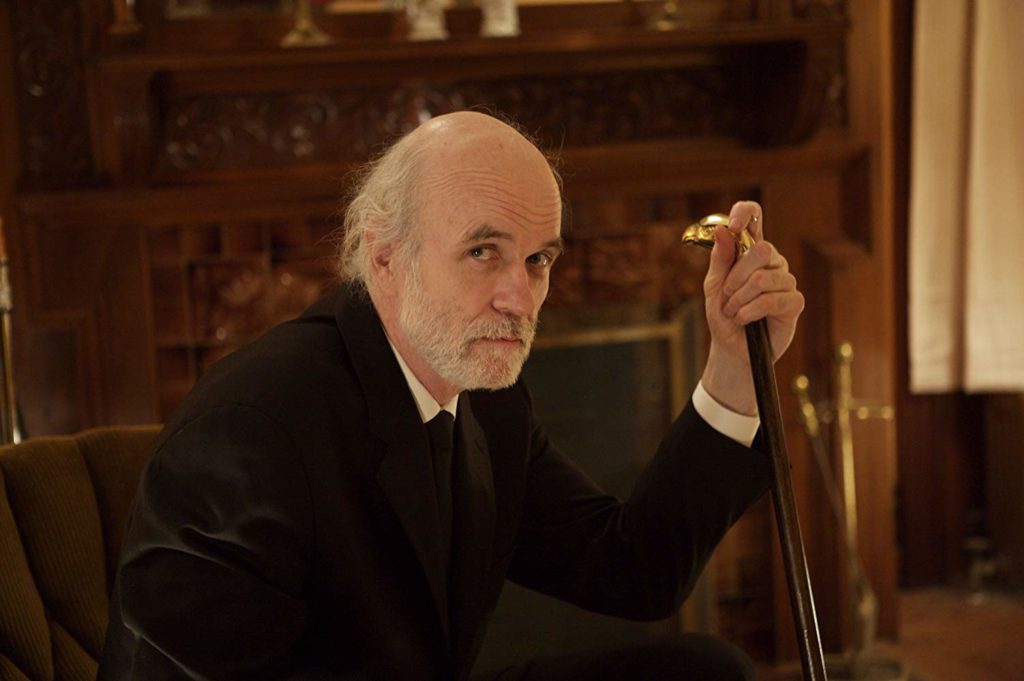 As I noted in this space last month, I’m not a fan of the term “elevated horror”: it’s a glib, condescending term which, in its backhanded recognition of quality, tacitly acknowledges a view of horror as a lesser genre. And yet, I do agree that we’re currently something pretty special in the genre, which does deserve a name of its own. Over the last decade or so, there has been a remarkable surge in truly well-crafted horror cinema, and– perhaps even more surprisingly– a willingness on the part of critics, distributors, and paying audiences to take it seriously. These films are probably too eclectic to constitute a movement, per se– you try programming a triple feature of the emotionally draining family horror of Hereditary, the arch meta-comedy of The Cabin in the Woods, and whatever the hell Mandy is– but there’s clearly something going on in the genre, and for lack of a better alternative, it seems like “elevated” is what it’s going to go down as.

ANYWAY. Pedants, as always, will debate when exactly this wave began, but for me, the first sign that something was happening came with the release of Ti West’s The House of the Devil. In the late 2000s, low-budget ‘80s throwbacks with a cast of familiar genre faces (in this case, Mary Woronov, Dee Wallace, and Tom Noonan, the latter of whom will be at the Coolidge tonight for their tenth anniversary midnight screening) were fairly common in the realm of straight-to-DVD realm. But, slowly, word started coming around: House of the Devil is actually really, really good.

The basic setup is classic urban legend: desperate to escape dorm life, but strapped for deposit money, Samantha (Jocelin Donahue) starts pounding the pavement for babysitting gigs. Inevitably, she winds up at a big, creepy house in the middle of the woods, where the tenants, the Ulmans (Noonan and Woronov), reveal that they don’t actually have a child, and that they’d like Samantha to look after their elderly mother while they go out to celebrate the lunar eclipse. Samantha’s best friend, Megan (a pre-stardom Greta Gerwig!), sensibly points out that every single thing about this scenario is a red flag, but the Ulmans’ offer is very generous, so Samantha opts to hunker down for the night. Obviously, spookiness ensues. 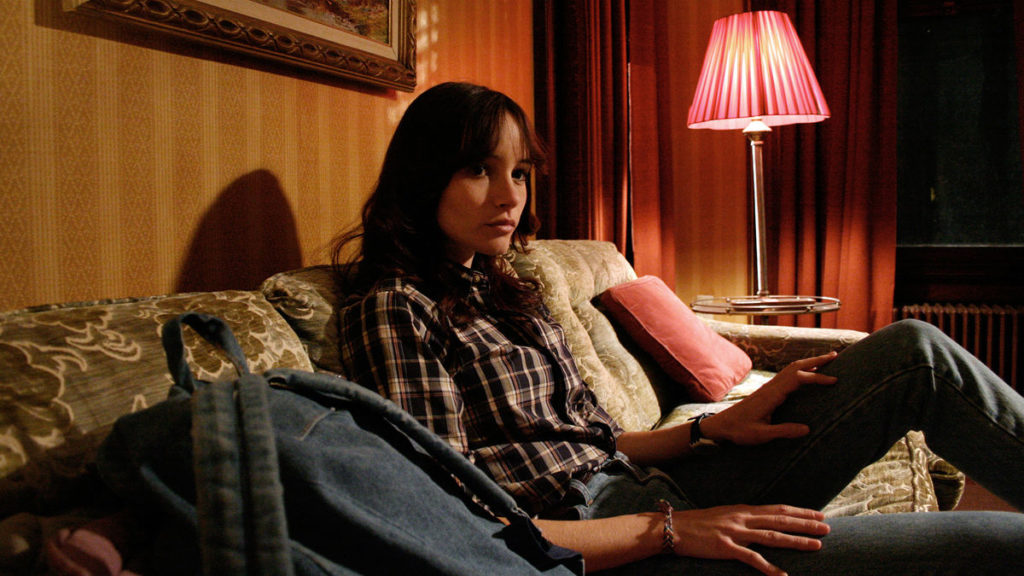 The most devilish thing about House of the Devil is its structure. For pretty much the entire second act, literally nothing happens: Samantha explores the Ulmans’ house, orders a pizza, listens to the Fixx on her Walkman (did I mention this is an ‘80s period piece?), and generally putters her way through a boring night by herself… except. Except that the first act ends with a truly shocking moment (no spoilers, obviously), which telegraphs that something unspecified but very bad is heading toward Samantha, specifically, and there is nothing she can do to stop it. Framed in this way, that uneventful second act becomes an almost unbearable exercise in tension, as you wait for the second shoe to drop… and wait… and keep waiting.

Of course, this would be simply tedious if West and his cast didn’t hook you at the beginning. The key is that, after drawing you in with those pitch-perfect retro opening credits, West slows down and lets you get to know his protagonists. Credit here is due to Donahue and Gerwig, who imbue their characters with such humor and likability that you’d follow them even if nothing supernatural happened, and this wound up being an indie dramedy about struggling twentysomethings. Not for nothing is House of the Devil considered the pinnacle of the “mumblegore” movement, founded by a loose confederation of actor/directors (including West, Adam Wingard, Amy Seimetz, Joe Swanberg, and AJ Bowen) who made the transition from microbudget indies to wry, smartly written horror thrillers, frequently appearing in each other’s films. (It also might be the only subgenre with a worse name than “elevated horror,” but there I go again).

All that being said, a word of advice: given the peculiar structure of House of the Devil, you owe it to yourself to give it your undivided attention from the get-go. I’ve had a number of friends dismiss the film as “boring,” before admitting that they were distracted during the first half hour. The best way to watch it is in a darkened theater, which you really ought to consider doing tonight (did I mention Tom freakin’ Noonan will be there??). If you do end up watching at home, I recommend putting your phone down at the outset and letting yourself get drawn into West’s creepy, yet surprisingly relatable, vision of ‘80s Satanic Panic-era horror. Just, uh, maybe don’t order a pizza.