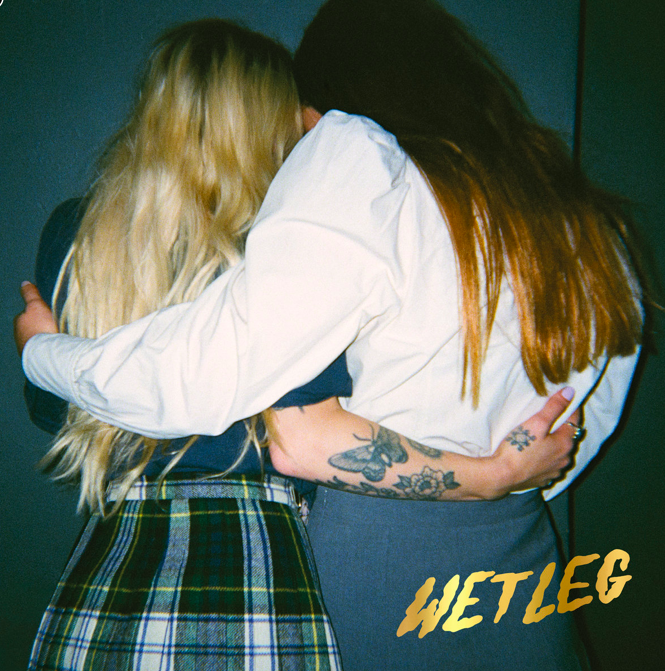 Should I stay or should I go?

This classic question (most notably posed by The Clash), continues to plague people everywhere—perhaps most recently the band Wet Leg in their latest single, “Angelica”.

Wet Leg is a British indie rock band from the Isle of Wight, founded in 2019 by members Rhian Teasdale and Hester Chambers. “Angelica” marked the band’s final single release before releasing their first full-length album, Wet Leg, on April 8. Named after Teasdale’s dear friend, “Angelica” presents a scenario familiar to many party-goers.

To Wet Leg, parties aren’t as glamorous as they seem to be—the majority are spent lurking in the corner, drowning in critical self-awareness. Wet Leg sings, “The ambience was overrated at the party/I want to run away before it’s even started/I look at my feet, then I look for the door (the door)/Can’t find my friends, so I just take a bit more.”

While busy becoming too inebriated to function, one can’t help but notice the it-girl, Angelica, walking in and immediately becoming the center of attention. She doesn’t even have to try—“She doesn’t need to wait for anybody (nuh-uh)/Knows exactly what’s she’s doin’ (I know what I’m doin’)/I watch as she commands the room.” She automatically has all the friends and dominates the dance floor, while you’re just the loser stuck wallowing in self-pity over your beer in the corner.

While “Angelica” might be full to the brim with the social dissatisfaction that comes with attending parties, the instrumentals pose a stark contrast between this pronounced angst. Sharp and spunky synth melodies stick in listeners’ ears, accompanied by Teasdale and Chambers’ layered vocals. Almost overwhelmingly twangy and fuzzy, the band mixes elements of old school punk rock with a healthy helping of psychedelia.

Conflicted between hating the party and admiring Angelica, one has to decide if staying is worth being in Angelica’s magical presence. Luckily, it seems Angelia isn’t all that into the party either—she quickly puts an end to things, “Angelica, she brought her ray-gun to the party/Angelica obliterated everybody.” Problem solved!

Even if the party sucked, we all know that we’ll end up at another one next weekend. Teasdale and Chambers begrudgingly sing: “A bit more/And then/It all/Comes to an end/We all go again, go again,” knowing that they will yet again fall victim to social obligation. And while it definitely would not be wise to obliterate a party with a ray-gun, next time you are utterly disinterested by a gathering, just pop in some earbuds and listen to Wet Leg’s “Angelica.”