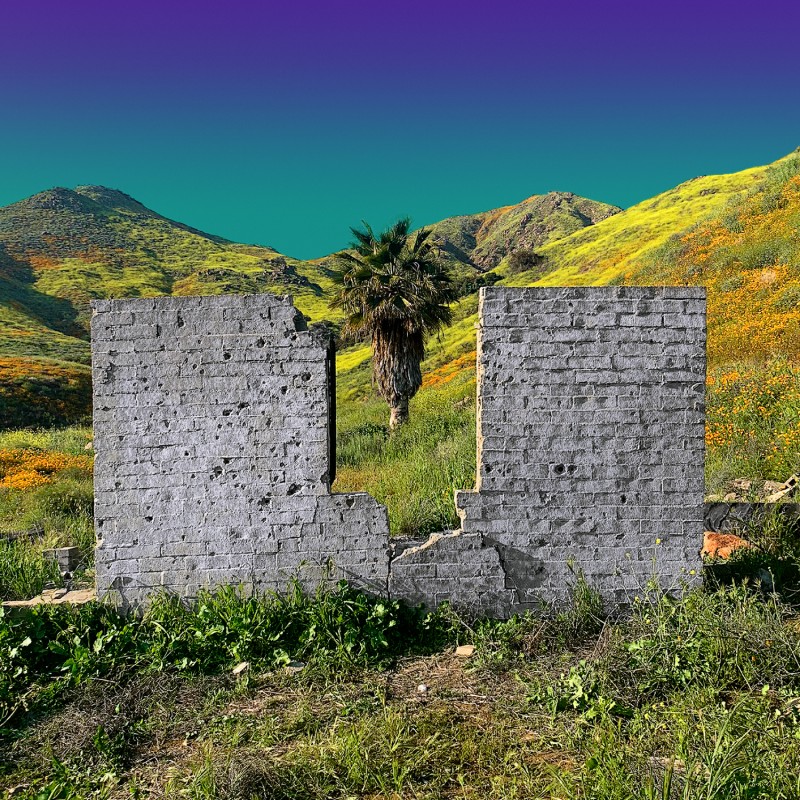 Previously London-based with bassist Billy Easter now mostly residing in Los Angeles and guitarist Rachel Aggs and drummer Andrew Milk now based in Glasgow, Shopping continues to flex and build their dance-pop, post-punk muscles in excellent new ways in spite of the band mates’ physical distance with the release of their fourth album All Or Nothing last month on Fatcat Records. With early work that was minimal and danceable (not sure why those two things feel at odds in my head, but they are), we see Shopping forge ahead on All Or Nothing with the addition of synth and drum machine to enhance an already beat-driven sound. Where Shopping’s first album Consumer Complaints was more Slits, the latest All Or Nothing is more Talking Heads – both fantastic, with the albums in between (Why Choose and The Official Body, respectively) seeming to propel them forward toward the sounds on All Or Nothing.

All Or Nothing’s lead song “Trust In Us” settles the listener in, leading off with Milk’s steady kick and heavy bass reps from Easter, Aggs’s signature and wonderful noodly guitar falling into place thirty seconds in. The album’s second track, “Initiative,” teased the forthcoming album with a video release in December 2019, the video featuring the kind of starched-shirt office life many of us both fear and relate to as Shopping’s members all mouth through heavy synth: “Why can’t you show some initiative?”

“Follow Me” is a clever track calling out surveillance culture (“Follow me, follow me, I’ll make it worth it”), “About You” and “Lies” slow things down with genuine reflection, the dance beats abound on “Expert Advice,” and I’ve had the anthemic “Body Clock”’s surfy guitars and tambo-dance beat on repeat. Whereas “No Apologies” embodies that old-school Shopping vibe with plenty of vocal layering atop shimmying drums, sinewy guitar riffs, and hunky bass lines, it’s followed with the expanded sound in “For Your Pleasure,” heavy with drum machine beats and electro-synth while lyrically retaining the capitalist critique that Shopping is beloved for (and a fun club-night video released in January).

Closing out the album with the title track, the ‘80s-dance-pop drum tracking in “All Or Nothing” dependably sits beneath soaring and clean guitar work, a somber vibe coupled with bouncing bass, Aggs’s vocals repeating, “It’s all or nothing,” until the fade at the end of the track. It’s a fitting finale for the album – gorgeous, critical, moving, moveable.

All Or Nothing can be streamed and is available for purchase online. Shopping will be touring North America this month and next, hitting New England later this month at The Press Room on March 29 in Portsmouth, NH.

Tags: all or nothing, Fatcat Records, Lisa Battiston, shopping