Holiday-inclined or not, you can still rein in season’s greetings in the cinematic capacity and not have to feel the active pressure or desire to get wildly festive. There’s engaging in the annual discourse on whether Die Hard is a Christmas movie, catching up on the last arrivals of Oscar bait before the eligibility period closes, or adding onto this expansive list of movies marked by a certain dress code. But if you’re like me, where the December blues seem exacerbated by familial consumerism and shortened quality time with the sun, it’s nice to know that the Brattle Theatre curated a list of showings where characters aren’t necessarily abiding by the social rules of winter celebrations.

The best thing about the Brattle’s “Holiday Adjacent” series is that its loose categorization of kinda-sorta involving the holidays is a sliding scale – cheap tinsel may be displayed for a few minutes out of one 90-minute film, while another may blast “Last Christmas” during a choreographed shootout in the snowing Wyoming woods, for example. The utilization of the holidays can be used as a propeller for plot, filler in dialogue, or a boost in a certain aesthetic, but nonetheless somehow miraculously breaks right before hitting the surface as their festive counterparts would to be considered a Christmas classic.

However, it’s hard not to scavenge for the virtues of the Holiday Adjacent when you head over to the Brattle. Some are as simple as it goes: Dario Argento’s 1975 horror classic, Deep Red, features a decorated tree, green and red and silver blurred in the background, as a small child wields a bloody knife not unlike some department store commercial gone horribly wrong. Gremlins 2 is admittedly a stretch, but there is merit in ricocheting from a tense Italian gore house to senseless, slapstick Furby shenanigans posed as a sequel to an actual Christmas storyline. Other showings, such as affair galore The Apartment and hitman noir Blast of Silence, use Christmastime as a striking contrast in their brooding tours of romance, traditional values, and humanity. 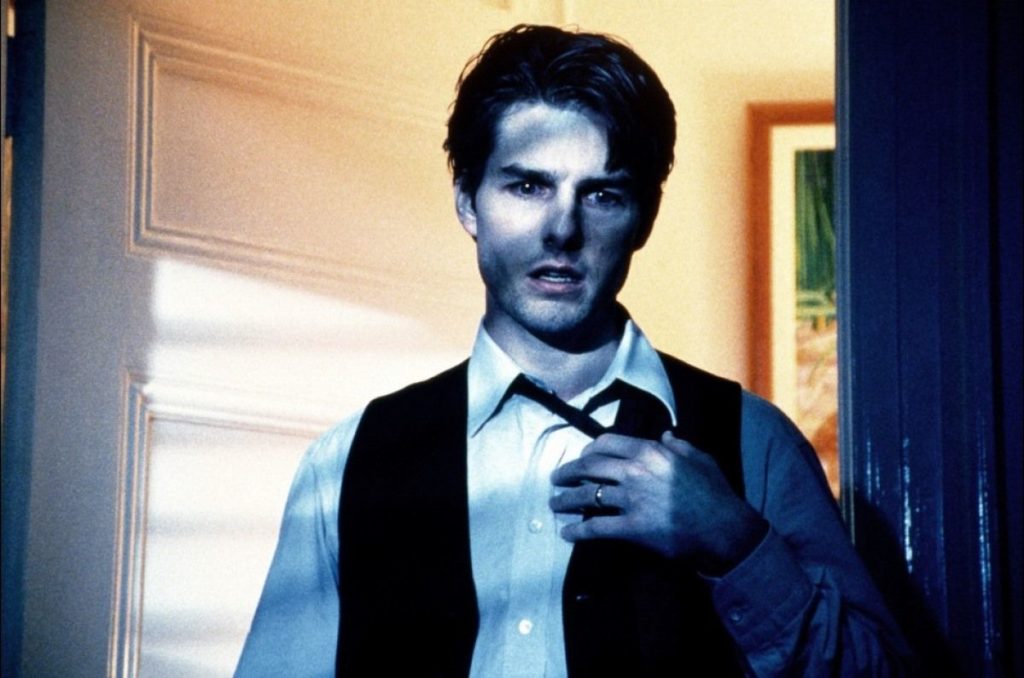 Or sometimes a movie can be batshit crazy. Eyes Wide Shut implements an almost ironical usage of a family-oriented holiday, as the absurdity of an underground cult/orgy type thing Tom Cruise’s character stumbles upon and is forever haunted by is sandwiched between a Christmas work party and Christmas shopping. The antics that are pursued by Alexandra and Sin-Dee in Tangerine are defended by the notion that it’s Christmas (Eve), which nearly mimics the spirit of the holiday if their actions hadn’t qualified them for the naughty list.

Regardless of the theme that strings all of these together, these movies hold merit for laughter, wonder, and fright that helps cruise through the rest of 2018.

HOLIDAY ADJACENT
Running from Friday, December 14 to Thursday, December 20. Note that there is not a showing pertaining to the Holiday Adjacent series on Monday, 12/17, and Tuesday, 12/18. Tickets range $9.50-$14 depending on membership, student status, and participating in the Double Feature.