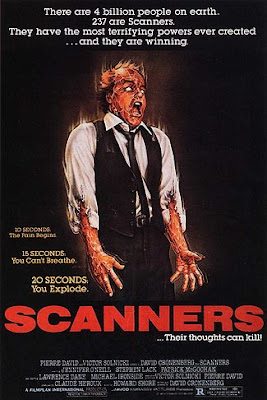 Twisted depiction of mutant Scanners and their difficulty of existing amongst us regular people. You see, Scanners have telepathic powers, that can be harnessed, both for good and bad. Really this tale turns out to be a bit like the saga of the X-Men, except as depicted through the lense of that wonderful filmic freakazoid, David Cronenberg. And also with less costumes. Classic 80s horror/sci-fi from the best in the game. Cronenberg’s themes of physiological and psychological change are present in mind blowing ways. Michael Ironside is chilling as the evil Revok. Remakes followed that no one has ever seen. Cronenberg upped his game with his next film, VIDEODROME.

Tonight at the Brattle Theatre, there is a sweet meditation on the absurdity of the bureaucracy of public land. I’ll let them…