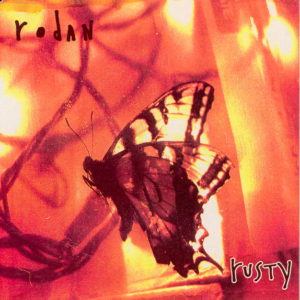 Once more, we’re at Louisville, the womb where greatness was about to explode. Post Slint’s Spiderland was a booming time for music, Rachel, Rodan, June of 44 and many, many more names have emerged as well. I’d like to think that at the time Spiderland was being created, people were beginning to realize that they all can experiment to their heart’s content. Rodan was a blend of so many things that were produced and was being produced. This album is a condensation of all the things that were happening then and I love it for that. It could be seen as a case study of the genre in a way. A study for how one album can be a myriad of things at once.

How genres overlap but make a coherent harmonious entity between hardcore and cool musical tones. The album isn’t so stable in escalation, it goes through a journey of tonal highs and lows. The music is brilliant, and all the members were valuable editions, but I must say, I was completely bewitched by the guitarist, who later on will go to play for Rachel’s and June of 44 and make a whole different body of work that can also be traced back to a track like Bible Silver Corner in Rusty, which is a beautifully haunting and melancholy opening for the album. What I love is that the album is stealthy: it waits for you to let your guard down, easing into the slow musical textures before Shiner comes blasting in your ears, bursting the bubble of comfort you were in. The first time I felt this, I fell in love, really. I was helpless. You can clearly see how this album hangs perfectly between what bands emerged later on from Rodan. I think Rodan begins to shine brightly in the album when our aural journey reaches “The Everyday World of Bodies.” You can taste every vocal, and every single instrument synchronizes together.  It’s a great album if you’d ask me. I get why it is constantly compared to Slint, but I want to say Rodan was as influential as they were in the post-rock world.

As Brilliant and Mueller shines, Tara Jane O’Neil, Coultas, and Noble do a splendid job of blessing us with the music as well as the vocals. My favorite thing is the way Tara leads us through a whispery bliss in “Tooth-Fairy Retribution Manifesto,” where you can’t really tell if she wants you to understand her or just surrender to her voice. It is a different world if you listen to it and think more of how artists were trying to break free from musical conformity and go beyond. This album was both crafted with attention and included authentic creative freedom.

Liked it? Take a second to support Hind Fiddah on Patreon!