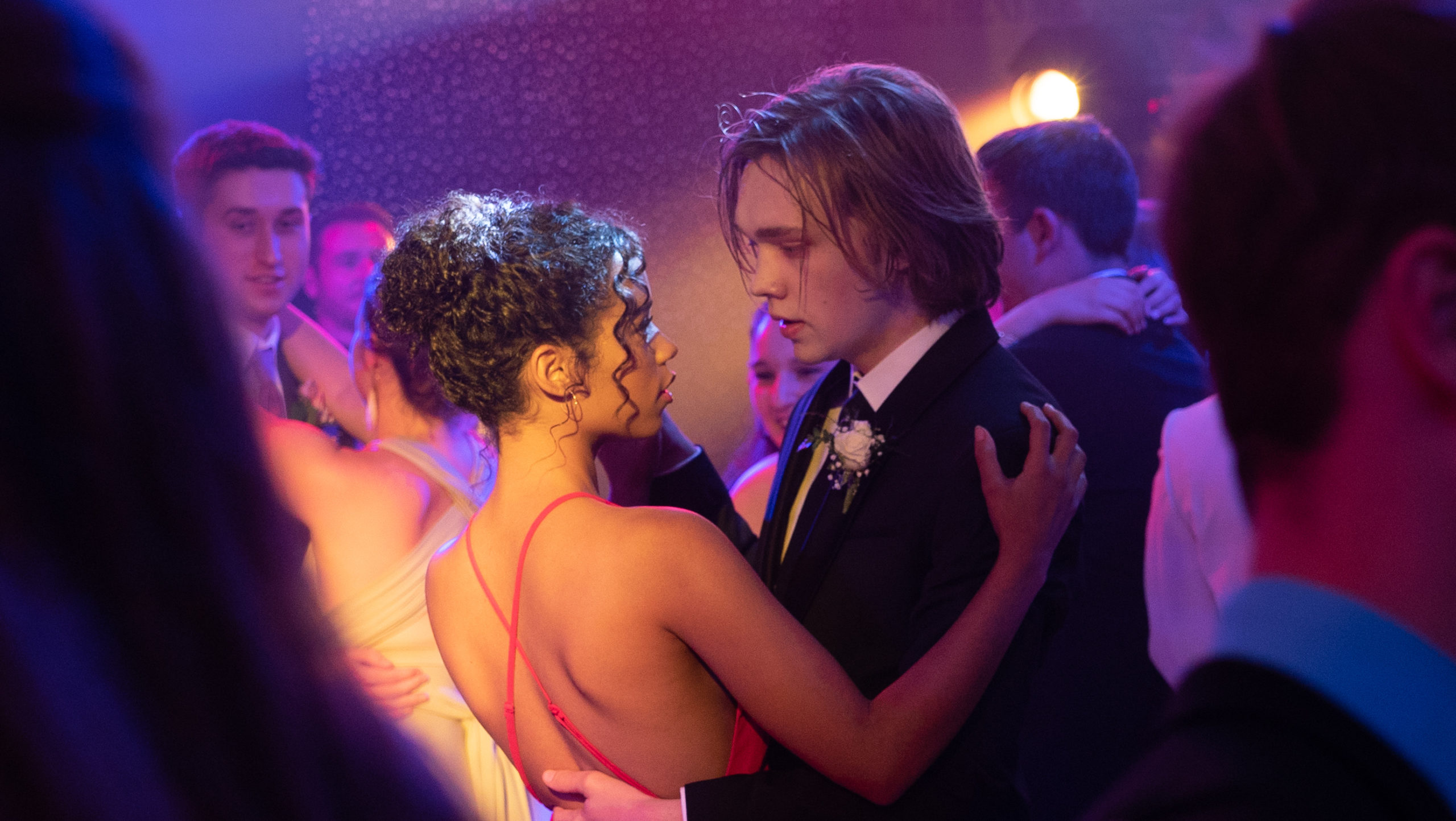 It should be noted that Words on Bathroom Walls is not a film made for me. I graduated high school 7 years ago, I pay bills, and I overall adult to the best of my ability. Yet, despite my disconnect to the youth of today, I’m still a sucker for a good, old-fashioned coming-of-age-story. With that in mind, here comes Words on Bathroom Walls to possibly scratch that itch for a well-made teen drama.

Disappointingly, Words on Bathroom Walls is not it.

The circa-2012, young-adult-novel plot does not help Words on Bathroom Walls‘ case for existing. Here we follow teenager Adam (Charlie Plummer) who, in his senior year of high school, is diagnosed as schizophrenic. After an episode, he is forced to move to an all catholic school where he (surprise!) finds love in fellow classmate Maya (Taylor Russell).

With a plot so thin and done to death, it’s almost difficult to try and describe it without passing out behind my laptop. Teenage romance? Check. Narration? Check. A disease that gets in the way of true love? Check! It’s like bingo! 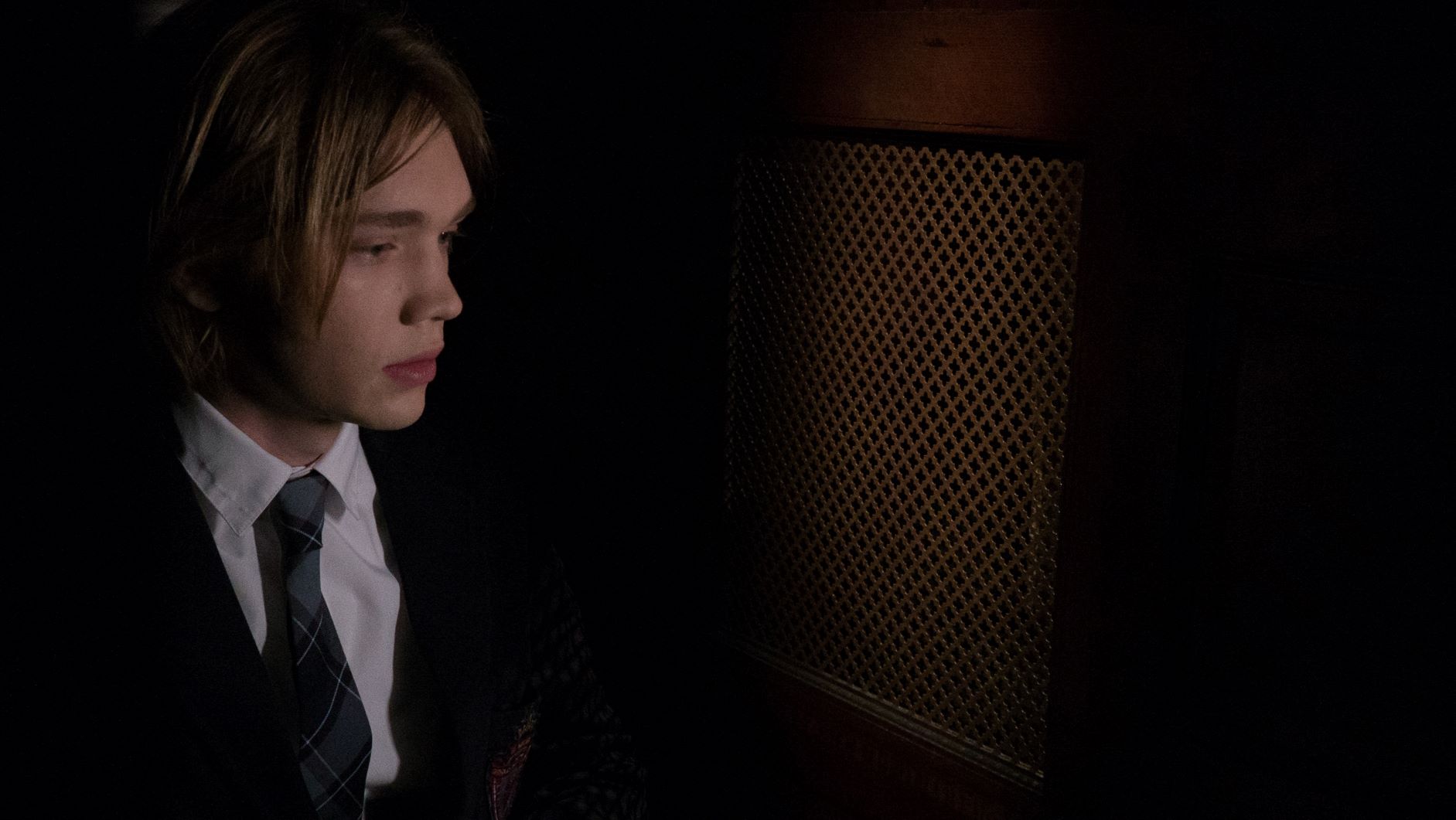 And yet, even though it hits all of the beats one comes to expect from these type of films, Words on Bathroom Walls never transcends being nothing more than a hollow shell of similar, better films. This is even more disappointing when you know the subject matter; it’s rare to get a well-made, Hollywood-sized film involving schizophrenia that isn’t a horror or thriller.

It doesn’t matter; the schizophrenia story-line is so on the nose and over the top it allows no room for nuance.

The worst example of this is when the three personified visions that instruct Adam through his day show up. AnnaSophia Robb, Devon Bostick, and Lobo Sebastian play these hallucinations, respectively, and try really hard with the script they are given. Unfortunately, the almost humorous tone ends up competing with the seriousness of the illness portrayed on screen, thus creating a total tonal shit show. 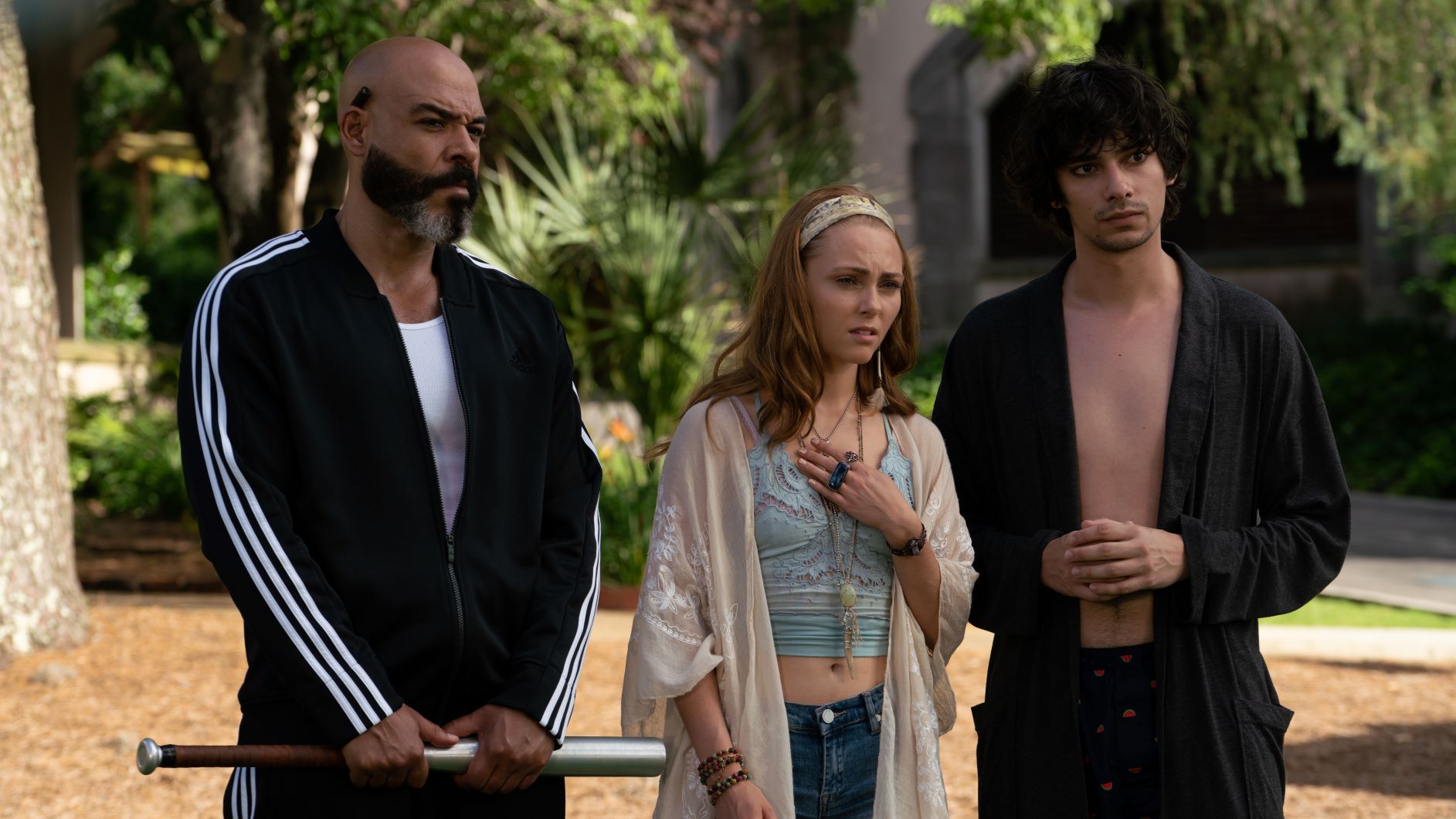 To make matters worse, Words on Bathroom Walls doesn’t even execute when focusing on Adam and Maya’s blooming relationship. Both Plummer and Russell do their best plank impressions here, and never is there any chemistry between the leads, with the entire romance coming off as if these were high school kids in theater class reenacting their favorite scenes. Yet it’s hard to blame the actors when the film is just so dull. They even made Walton Goggins absolutely lifeless on screen! The nerve!

It’s obvious there was a lot of work put into the film; the direction and art style work really well in parts, the enthusiasm is felt throughout, and, realistically, it is nice to see a film of this caliber involving schizophrenia not portray the character as crazy. Still, Words on Bathroom Walls ends up being a depressing mess.

If Bathroom Walls came out 8 to 10 years ago, no doubt would this film have a following akin to films like Perks of Being A Wallflower or Fault in our Stars, but that’s not reality. Instead, Bathroom Walls is coming out this weekend– the very same weekend when a lot of movie theaters plan to re-open in this country. Unfortunately, this means the only way you’ll be able to see this film for now is in theaters. No PVOD or anything.

So if while reading this, you’re wondering if it’s worth the risk to go out to your local, disease riddled cineplex to catch Words on Bathroom Walls, the answer should be clear by now. No. No, it is not.