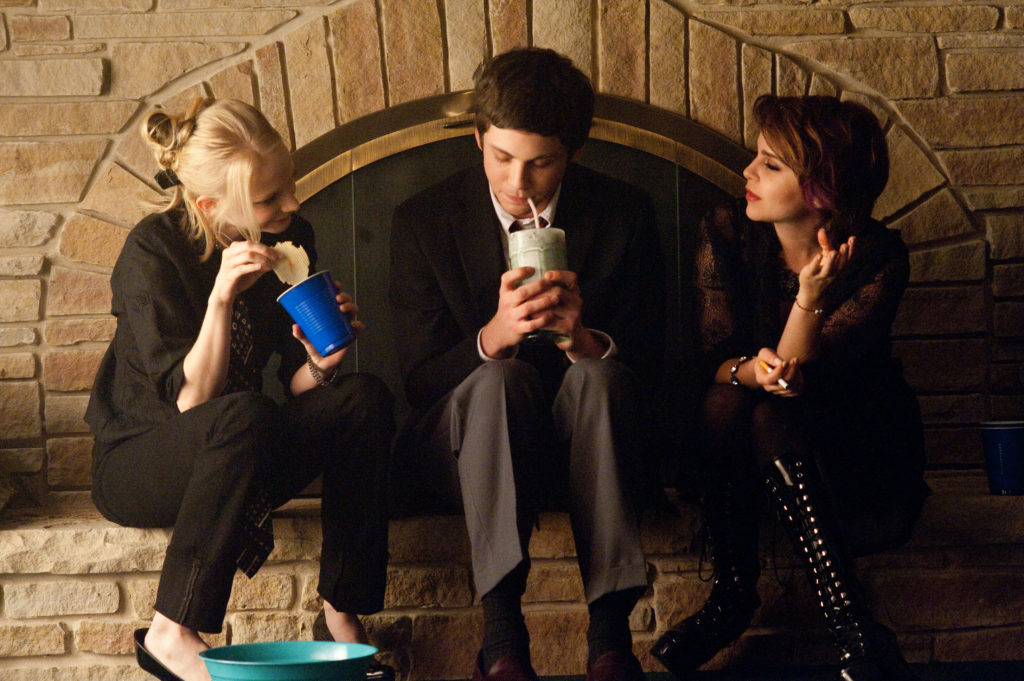 THE FILM: The Perks of Being a Wallflower (2012) dir. Stephen Chbosky

Stephen Chobsky’s The Perks of Being a Wallflower is the quintessential ’90s novel. The protagonist, who calls himself Charlie, listens to The Smiths. His new friend group all participate in stagings of The Rocky Horror Picture Show. It’s great to be able to say, then, that this spirit is preserved in the 2012 film of the same name, directed by the author.

Charlie (Logan Lerman) writes letters to an unknown acquaintance, because a classmate said they listen and are a good friend. Charlie is starting ninth grade without friends, because his best friend Michael committed suicide the year prior. It’s also pretty clear that Charlie is dealing with something that causes depressive episodes, though it’s not until deep into his story that we learn what happened. Luckily, Charlie becomes friends with seniors Sam (Emma Watson) and Patrick (Ezra Miller), who invite him into their friend group. Over time, Charlie learns how to come out of his shell, even though being a wallflower can have its positives.

Though this movie is a coming-of-age narrative, it also manages to touch upon difficult topics like depression and sexual assault without being preachy. For that alone, Perks should be commended. However, Chbosky has managed to create a relatable, caring film that doesn’t need to lean on its heavy material too carefully to achieve success.