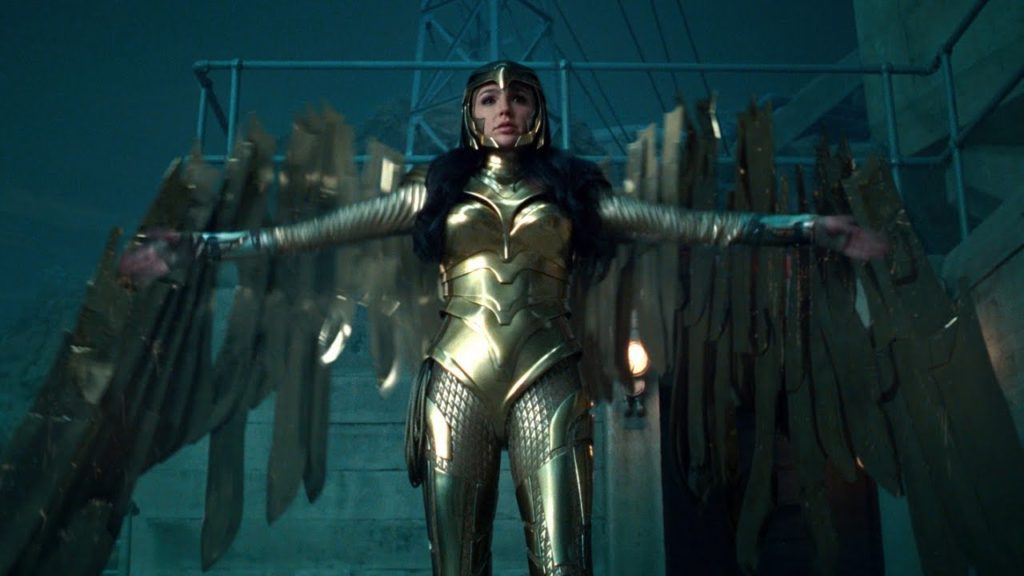 To save you precious time, I can sum up the multitudinous issues with Wonder Woman 1984 (now in theaters and streaming on HBO Max) in one sentence: They do not play a single song from the 1980s in the film. Not a single needle drop. No Prince, no Bowie, NOTHING. For those who need more, I am happy to oblige.

Why is DC so bad at this? How hard is it to make a Wonder Woman movie? She’s got a lot going for her! Why did one of the most anticipated superhero sequels in recent years end up a bloated, overlong, confusing pile of trash? Why does it suddenly take a turn into Islamophobic story tropes? (We know why.) I don’t expect these things to be cinema, because they never will be, but shouldn’t they at least entertain? Can’t we just get a 100-minute movie where Wonder Woman fights Cheetah and saves the day?

As is the tale of many a film this year, Wonder Woman 1984 was delayed from its release in June (and its actual original date of November 2019) and finally limps to its premiere on fledgling streaming platform HBO Max and any theaters that are open (which is few). Had it premiered on time, I’d have loved to see the box office drop between week one and week two as putrid word of mouth spread. Perhaps this is better, as the nature of streaming’s overwhelming wave will wash this movie from our collective consciousness almost instantaneously.

The “plot” is this: Diana (Gal Gadot, who looks that part but cannot act to save her life), now working at the Smithsonian, is still mourning Steve Trevor (Chris Pine), who died in World War I during the events of the 2017 film. Her colleague, Barbara Minerva (Kristen Wiig), has discovered a magic rock that seems to grant wishes, a rock hunted by a wannabe oil tycoon named Max Lord (Pedro Pascal, the only person in this movie having fun). Each of our leads makes a wish, unaware that there will be dire consequences. Diana wishes for Steve to return, and he does, possessing an innocent bystander in an ethically vague move that goes unaddressed, even when Diana and Steve have sex using this guy’s body. Barbara wishes to be as strong as Diana, which leads her to wear dark eyeshadow and beat up catcallers (which is fine). Lord wishes to become the stone itself, turning himself into a manic genie of sorts as he attempts to build his empire.

This could be fun, but after an unbelievably dull first hour, things take a turn for the racist as the action shifts to the Middle East. Stock racist “Arab” characters, wishing for violence and nuclear weapons, suddenly fill the frame for no real reason except that WB and DC think we won’t care? Did the CIA direct this themselves? It’s insulting to the audience and people who just wanted to see Wonder Woman fly around a mall. She resolves this conflict by sitting on the ground with her string and babbling about “truth.” I’m hardly exaggerating.

There’s a version of this movie about the inherent competitiveness of female friendships, and the way jealousy can turn us vicious. Were the film entirely about Diana and Barbara facing off, it could have been salvageable. Unfortunately, Diana just hangs out with Steve, who barely does anything except inspire Diana to gain the ability of flight (which she uses to fly from the White House to her apartment, maybe five blocks away?). Most superhero movies involve magic rocks, so that’s not an issue I have; the main issue is everything around it.

In many ways, it feels like we’re on the verge of superhero movies turning bad again. Perhaps removed from the fervor of a huge audience, the scales are falling off the eyes of the general public, and we’ll start to demand more from our power fantasies. If Warner Bros. and DC can’t hit a home run with a simple Wonder Woman movie, what can they do?

Available to stream on HBO Max now. But don’t bother.

Right now Boston’s most beloved theaters need your help to survive. If you have the means, the Hassle strongly recommends making a donation, purchasing a gift card, or becoming a member at the Brattle Theatre, Coolidge Corner Theatre, and/or the Somerville Theatre. Keep film alive, y’all.
Liked it? Take a second to support BOSTON HASSLE on Patreon!