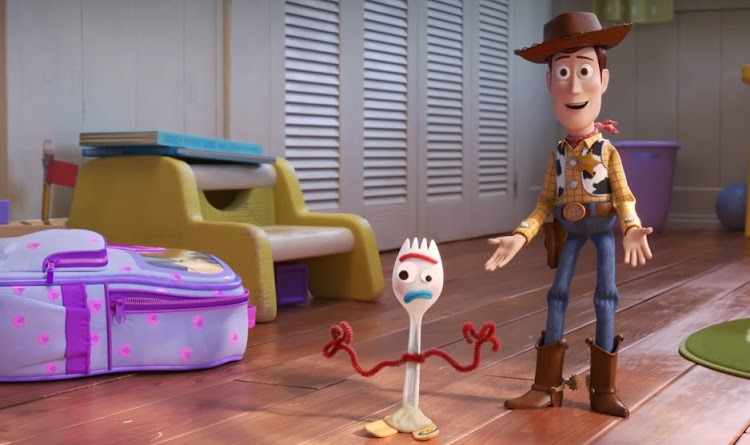 Is there any film series quite like Toy Story? The first film broke every technical limit possible, becoming the first feature-length computer-animated film and the highest-grossing film of 1995. Its 1999 follow-up, Toy Story 2, is often regarded as one of the best films of all-time. 2010’s Toy Story 3 is one of only three animated films ever nominated for Best Picture (along with Beauty and the Beast in 1991 and Up in 2009). The announcement of a fourth film gave many pause after 3 seemed to provide a fitting ending to the saga of Woody and Buzz. Pixar’s non-Toy Story sequels have often felt like cash-ins, so maybe we were right to be nervous. Fortunately, Toy Story 4 isn’t just a by-the-numbers toy adventure sequel. It is a deconstruction of 3’s ending, placing Woody front and center for an exploration of his self-worth, repression, and sense of purpose. Yes, I am still talking about the cowboy doll.

Without getting into spoilers, Toy Story 4 finds Woody (Tom Hanks, great as ever) adjusting to life in Bonnie’s room after Andy bequeathed his toys to the little girl at the end of 3. At kindergarten orientation, Bonnie creates a new friend from spork, a pipe cleaner, and some googly eyes named Forky (Tony Hale at his most neurotic). Woody feels responsible for Forky and tries to teach him that he is a toy, not just trash. When Bonnie’s family decides to take a road trip, Woody, Buzz (Tim Allen), and the others are along for the ride. When Forky escapes, Woody follows and finds himself face to face with an important figure from his past, a returning Annie Potts as Bo Peep.

After being given away, Bo Peep has been living as a lost toy in a small town and thriving. She has no regrets about not having a kid anymore, and makes her own adventure. The character’s redesign from a gentle voice of reason in the first two films to an acrobatic, self-sufficient scavenger works shockingly well. In many recent Disney films, a female character is given an interest in “science” instead of a real personality. Here, Annie Potts can play to her many strengths as a full-fledged, sarcastic, somewhat ruthless toy whose days of being a fragile lamp are long behind her.

Though Woody and Bo are the focus of the film, there are several new faces as well. Ducky and Bunny, voiced by comedy duo Keegan-Michael Key and Jordan Peele (aka the Oscar-winning director of Get Out and Us), provide most of the comic relief. Christina Hendricks gives a shockingly heartfelt performance as vintage doll Gabby Gabby, and international sweetheart Keanu Reeves plays Canadian daredevil toy Duke Caboom.

The film benefits from the focus on Woody, Bo, Forky, and the new toys, even though it means the rest of Andy’s toys are sidelined. The story doesn’t require a sprawling entourage, and characters like Jessie and Slinky still get important beats. Toy Story 4 does not try to outdo the apocalyptic climax of Toy Story 3, nor should it. This is a story about Woody, a cowboy facing obsolescence, and his struggle to admit to himself what he really wants.

I have some minor quibbles here and there: some of Ducky and Bunny’s bits carry on a bit long, and some of the human designs look worse than the ones in Toy Story 3, with their close-ups being a bit off-putting. Overall, Toy Story 4 is an excellent addition to the franchise that does not rest on its laurels, and once again raises further questions about the nature and complexities of toy sentience. It’s certainly more thought out than the world of Cars.

Now playing everywhere (though the Hassle recommends the Capitol, or your local mom & pop cineplex)

Among the many discussions about last year’s The Irishman, few were longer than the film’s length run, which clocks in at about…

As we’ve learned from films like The Abyss, Deep Rising, and The Meg, no one should travel to the bottom of the…