I’m exaggerating, of course, but only just. Following the extraordinary critical, commercial, and awards season success of Silence of the Lambs, the 1990s were awash in middle-to-highbrow thrillers in which respected thespians played hard-boiled detectives on the trail of murderous madmen, frequently played with scenery-chewing, Hannibalistic gusto by top-shelf character actors. The most enduring of this cycle is probably David Fincher’s Seven, which took the formula to operatic extremes. But there was also Primal Fear and Kiss the Girls and Eye of the Beholder and Nightwatch and dozens upon dozens more, cluttering up the new arrivals wall at Blockbuster with their brooding, three-quarter-headshot covers. These lurid potboilers were already on their way out when Anthony Hopkins returned to the dinner table for Hannibal, and the genre was probably put to bed by Saw, which took Fincher’s excesses and fed them into the Friday the 13th hamburger machine. But for a solid decade, they were everywhere.

It seems fitting, then, that The Little Things is a period piece set in the pre-cellular days of 1990. This modest, morose little shocker bears all the hallmarks of this peculiar microgenre: a legit acting legend, flanked by two additional Oscar winners (albeit of slightly more dubious provenance), paces through darkened alleyways and dingy crime scene apartments while fighting to slay the demons of his past. It feels like a lost relic from 1995– and it just might be a harbinger of Hollywood’s near future. 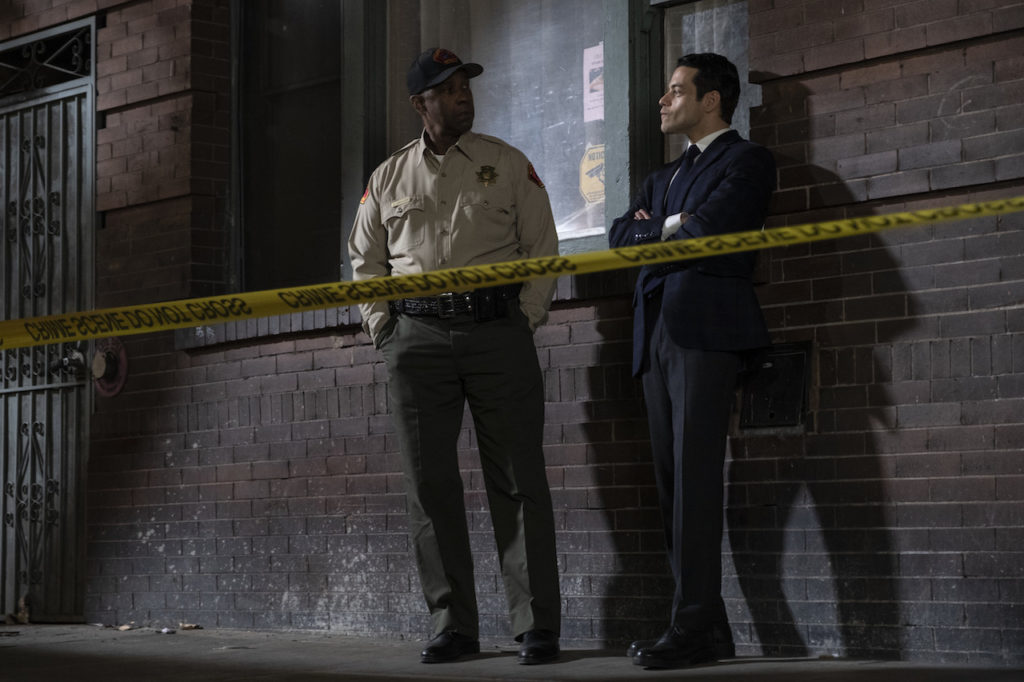 Denzel Washington* stars as Joe “Deke” Deacon, a wizened homicide detective who left the LASD after getting too close to a case, suffering a heart attack and a divorce in the process. When a new body pops up with a similar MO, however, he finds himself dragged back to his old precinct, forming an uneasy alliance with his steely, fresh-faced replacement, Jim Baxter (Rami Malek). Deke clearly still hasn’t gotten over that old case (he makes a worrying habit of posting the crime scene photos on the wall of his fleabag motel room and staring at them as he drifts to sleep), and throws himself into this chance to close the book on it. Deke and Baxter quickly zero in on Albert Sparma (Jared Leto), a greasy appliance repairman of Mansonian pallor and mein. But the closer they get to their suspect, the more he seems to relish their attention, leading them to wonder who, in fact, is chasing whom.

In a world of attempted tentpoles and high-octane bloodbaths jockeying for attention in an increasingly strained market, The Little Things is remarkably unremarkable. Joe Deacon is a legend in detective circles, but he’s no John Wickian superman; he’s just a good detective with human limitations. Likewise, Albert Sparma has that kooky psychopath charisma, but he’s ultimately just a bad, crazy dude. So conditioned have I been by outré genre storytelling that I found myself braced for some truly preposterous, supernatural third-act twist (with his long hair, short beard, and accentuated cheekbones, Leto bears a clearly intentional similarity to the velvet painting of Jesus on Deacon’s motel room wall). I don’t think it’s a spoiler to reveal that there isn’t one. The official plot synopsis for The Little Things on IMDb reads, in its entirety, “Two cops track down a serial killer.” That’s about the size of it. 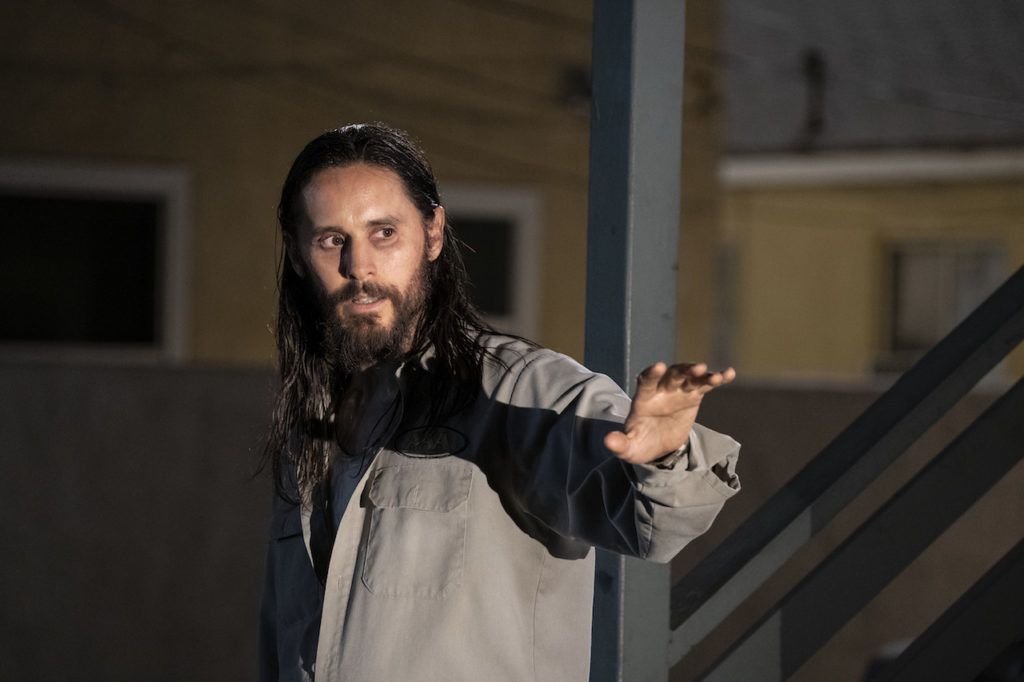 This is not to say that The Little Things isn’t a decent way to pass the time. Director John Lee Hancock steps somewhat out of his Oscar-friendly wheelhouse to craft a pulpy vision of LA neo-noir (though glimpses of the counterculture reveal a filmmaker out of his element, as when we visit a punk rocker’s apartment with an LP copy of Psychic… Powerless… Another Man’s Sac stuck to the fridge with little magnets). Denzel is always great, even in a script that doesn’t require him to do much but alternately grin and brood. Malek is compelling as always, though his bug-eyed twitchiness doesn’t exactly lend itself to hard-boiled cop patter (I don’t believe I’ve ever seen a less-convincing delivery of the line “Well, bring that sucker in”). Leto is singularly annoying as the preening villain, trotting out every conceivable stock serial killer line, up to and including “We’re not so different, you and I.”** Yet by the time the film reached its denouement, I was invested. The Little Things isn’t going to make my year-end list (unless 2021 turns out to be an especially dire movie year), but it did what it needed to do, and I don’t regret watching it.

What I’m really interested to see, though, is what happens next. It may be true that they don’t make many films like The Little Things anymore, but a voice inside my head tells me they might start again. Over the past 15-20 years or so, Hollywood has taken to putting an increasingly large number of eggs into fewer and fewer baskets– colossal mega-franchises and shared universes and too-big-to-fail blockbusters which depend on line-around-the-corner opening weekends to break even. The reason why so many hotly anticipated Hollywood films remain in release-date limbo is because they will lose hundreds of millions of dollars on even a premium on-demand release. What’s more, as studios have been finding out as they test the waters of same-day streaming, audiences skew harsher toward a less-than-wonderful blockbuster at home than they might if they were properly wined and dined at the IMAX screen of their choice. The Little Things may appear out of vogue, but given the state of things, I can imagine a future where studios might want to line up a few extra mid-budget, ostensibly adult thrillers just in case we all get sequestered to our living rooms for another goddamn year. Will serial killers eclipse the Marvel Cinematic Universe in the public eye? Probably not– but you might want to have some fava beans and Chianti on reserve, just in case.

* – Washington, incidentally, also starred in Fallen, one of the more interesting and inventive entries in the ‘90s Serial Canon, in which the killer is a literal demon who spends the film hopping from host body to host body.

** – Thinking about it after, I came up with one possible reading which makes Leto’s performance marginally more interesting and less grating, but discussing even the shape of it here would constitute massive spoilers. Sadly, I doubt public interest in The Little Things will last long enough for me to post a follow-up. Such is the plight of the film critic.

Streaming for a 31-day window on HBO Max starting Friday, 1/29