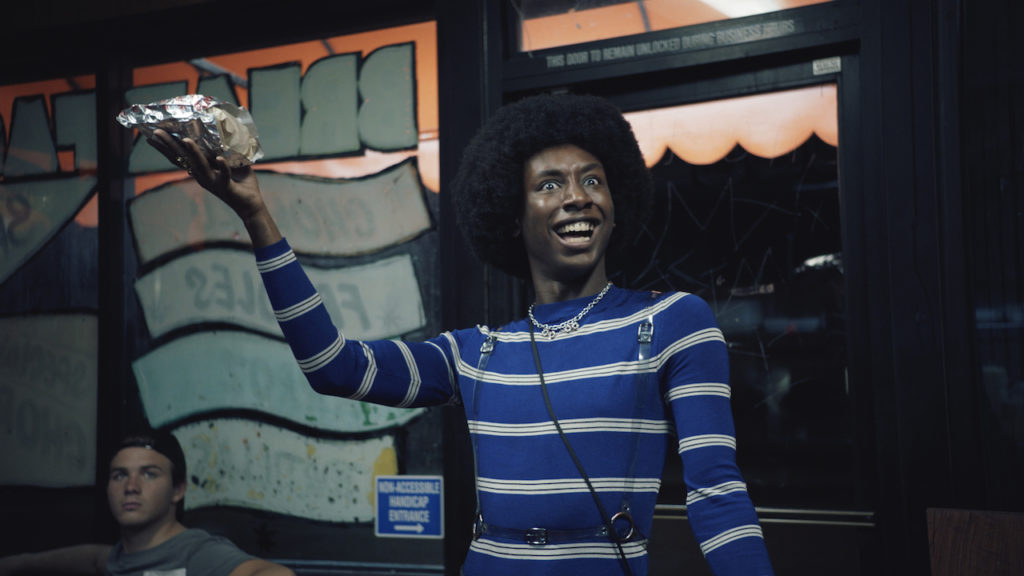 Some movies are harder to review than others.

Raves are easy; when a great movie inspires you, the words can flow out like water. Pans can be a lot of fun, too, and can serve as catharsis when faced with overblown studio dreck (hello, Cats). Middle-of-the-road movies are tougher: how do you pump “It’s OK” up to 1000 words? But the hardest by far are the films which you admire, which are clear works of passion and artistry… but which, for one reason or another, simply are not for you. Where do you draw the line between critical assessment and personal opinion? In the end, is there even a difference?

This is the conundrum I find myself facing with Summertime, the new collaborative slam poetry musical from Carlos López Estrada. It’s a dizzyingly creative film, utterly unique and filled with astounding performances which, unfortunately, I seem to be constitutionally unable to vibe with. So here’s what we’re going to do: I’m going to do my best to describe why this movie is special (which I truly think it is!), and then I’m going to try to get to the bottom of why it didn’t click for me. In the end, it will be up to you to decide which side you’re likely to fall into. This, ultimately, is how all criticism is supposed to work; this is just me exposing the gears.

For lack of a better word, Summertime is a musical, albeit a highly unconventional one. Rather than telling a story augmented with periodic song-and-dance numbers, Summertime’s thin narrative essentially serves as a framework for performances by over two dozen Los Angeles-area spoken word artists and slam poets. The story, such as it is, unfolds over the course of a single late summer day in downtown LA, jumping from character to character like a sort of theater-kid version of Slacker. Some characters/performers only pop in for a single scene, while others provide something of a throughline: most prominent are Tyris (Tyris Winter), a flamboyant serial Yelper on an odyssey to find a burger joint that hasn’t been gentrified into a bougie vegan restaurant or boutique; Anewbyss and Rah (Bryce Banks and Austin Antoine), a pair of upwardly mobile rappers; and Maia (Maia Mayor), who spends her day obsessively tailing her ex and his new partner. Inevitably, these characters’ paths eventually intersect as they reach their respective revelations about themselves, their city, and their world. 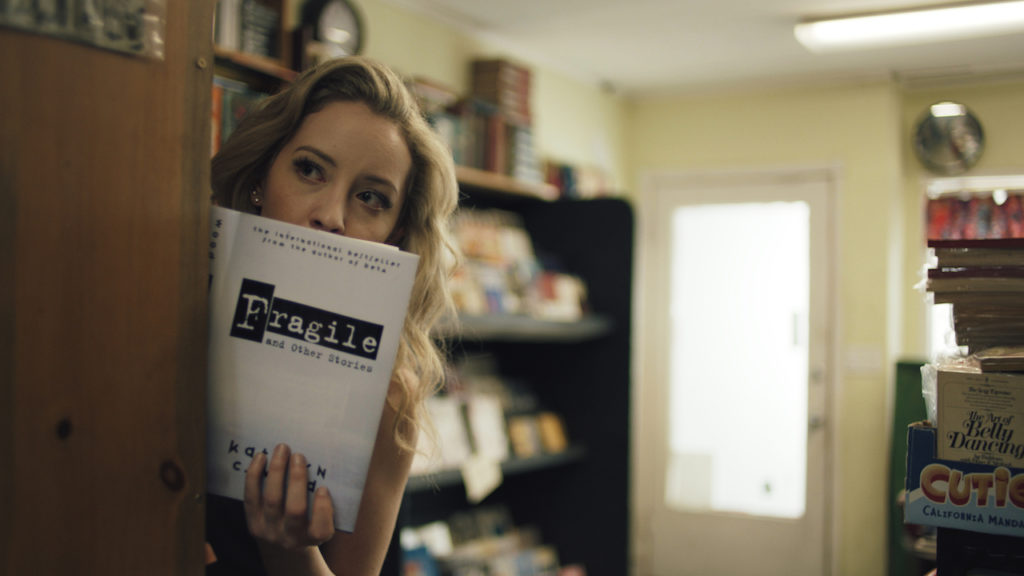 You’d probably have to be a monster to fully hate Summertime. Estrada was inspired to make the film when he attended a local high school slam poetry showcase, and many of those same kids are featured in the film. These young poets are extraordinarily gifted, and while some of the dramatic scenes between works are a little awkward and stagey, they own the screen when they launch into their own material. The amount of talent and passion in these kids, and the clarity with which they are able to express themselves, is frankly almost intimidating. Seeing them receive the full movie star treatment makes it seem like they could take over the world.

It helps, of course, that they’ve been brought to the screen by a prodigious filmmaker. The chaos of the pandemic has shuffled Estrada’s narrative a little bit; Summertime was shot between his 2019 indie breakout Blindspotting and his major studio debut, Disney’s animated Raya and the Last Dragon. The throughline is Estrada’s work in music videos (including work for Clipping, Billie Eilish, and Katy Perry), and it is that visual pop that he brings to his technically-sophomore feature. Summertime is a gorgeous film, a sun-drenched travelogue for the City of Angels and a perfect showcase for its young talent, filled with showstopping setpieces and arresting visuals. Slam poetry is an inherently verbal and stagebound artform, which makes it more difficult to translate to the big screen than, say, a musical play. Estrada has cracked the code, and effectively created the cinematic version of a slam poets’ open mic night.

Which, ultimately, is probably why I couldn’t quite connect with it as much as I wanted to. Slam poetry is somewhere between a culture and a language, and non-native speakers might be left out in the cold. It’s a taste I’ve tried to acquire, and while I can appreciate it, I still have difficulty fully enjoying it. Perhaps it’s the hermetic “scene” which tends to foment around slam poetry communities, filled with in-jokes and shorthand which are never quite on my wavelength. Or maybe I’m just too cynical a bastard to lose myself to the artform’s innately earnest vibes. As I write this, I am 36 years old; perhaps it’s simply time to admit that this particular ship has sailed. 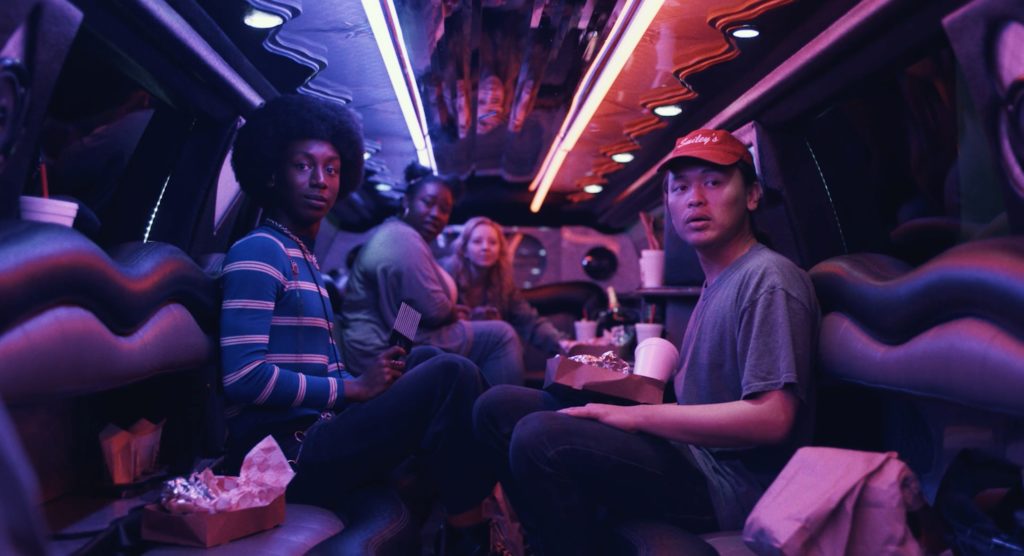 Actually, let me walk that back a little bit. I have enjoyed other films with their roots in slam poetry, such as The Last Black Man in San Francisco and My Name Is Myeisha (the latter of which this film most closely recalls). But both of those films use the artform as a springboard for cinematic storytelling. Last Black Man is informed by the sensibility of slam poetry, but only engages directly with it in Jonathan Majors’ climactic attic performance. Myeisha, meanwhile, uses the rhythms and style of the form to tell a single, longform story about a single character. Summertime, for better or for worse, translates the poetry slam directly to the screen, with a minimum of alteration or concession to plot. Which is a bold choice, and which I commend! But I can’t get around the fact that I, as a viewer, couldn’t get into it.

So is this a positive review or a negative one? That’s up to you. I want you to go back to those first couple of paragraphs. If it sounds good to you, then by all means, go see Summertime— I truly think you’ll love it. If, however, you see yourself in my resistance to its charms, you’re probably going to want to sit this one out. Ultimately, I think that Summertime is a good movie, but not a good movie for me, and I’ve made peace with that. I’m sorry, Summertime. It’s not you, it’s me.