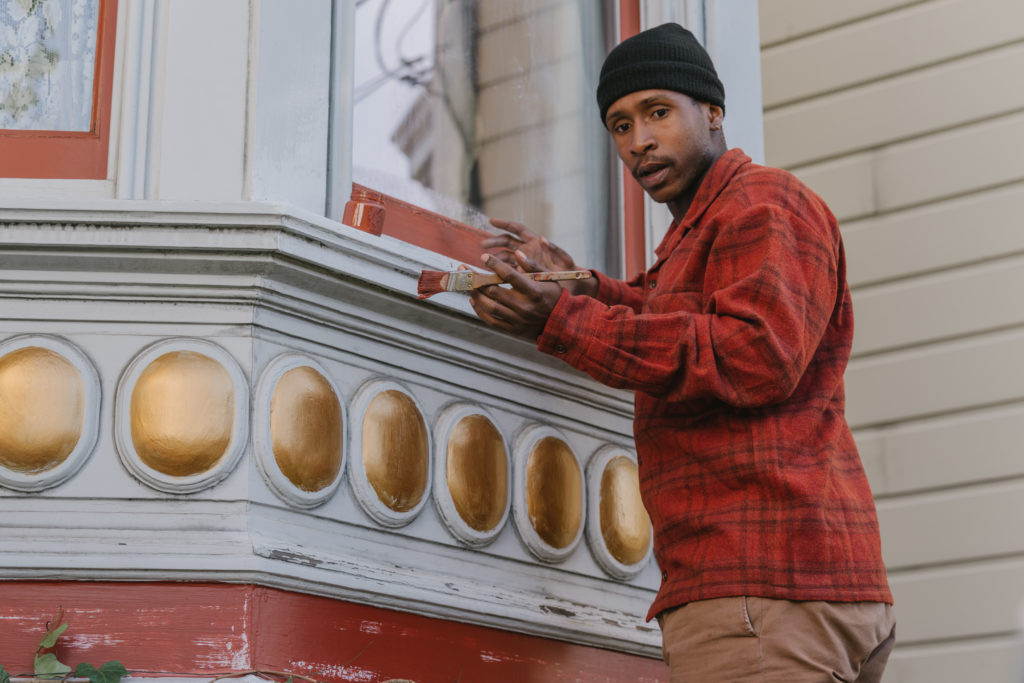 Jimmie Fails stars as Jimmie Fails in THE LAST BLACK MAN IN SAN FRANCISCO, an A24 release.
Credit: Peter Prato / A24

The problem with falling in love with a city is that they don’t last. To spend any amount of time in one place– especially a place in which you’ve grown up– is to become acutely aware of the low thrum of development and the steady, inexorable creep toward gentrification. Neighborhood spots will turn into banks and cell phone kiosks, houses will be torn down and replaced by less interesting houses, and thoroughfares that were once as distinctive as a relative’s face will become just another bland swath of Starbucks and Paneras. Dig deep enough, however, and you’re still likely to find that same local character, or at the very least local characters. Perhaps they’ve been pushed to the outskirts, or forced to don corporate uniforms to blend in, but they’re still there. And they’re watching.

This sense of melancholy runs through every scene of The Last Black Man in San Francisco. Directed by first-time filmmaker Joe Talbot from an autobiographical story by his lifelong friend Jimmie Fails, Last Black Man is clearly a love letter to its titular city; I’ve never been to San Francisco, but by the end I felt just as invested in its location as I was in, say, Gutterbug’s. It’s an aching portrait of a city, and of the denizens desperately trying to keep it alive in spite of itself. 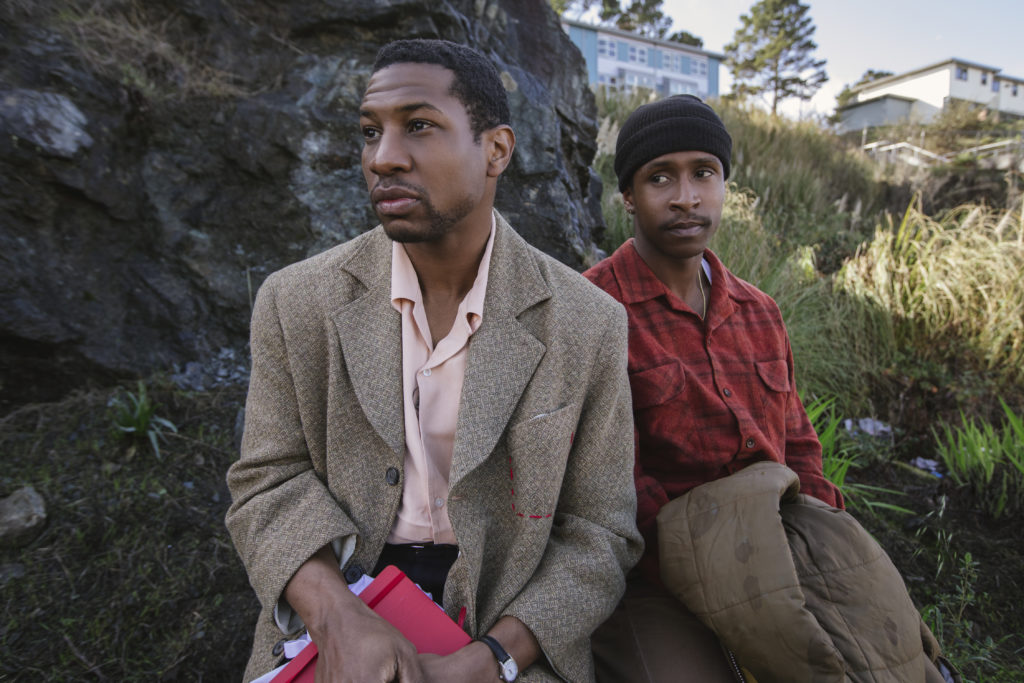 Fails plays a fictionalized version of himself, a young black man drifting around the city he grew up in, his ever-present skateboard allowing him to glide like a ghost. Also like a ghost, he is actively haunting the stately Fillmore Victorian built by his grandfather in the ‘40s. The Fails family lost the house sometime in Jimmie’s youth, but he insists on maintaining it, painting the windowsills and pruning the garden– to the exasperation of its well-heeled white current inhabitants. In the meantime, Jimmie has taken to living with his best friend, aspiring playwright Mont (played by Jonathan Majors). The exact nature of Jimmie and Mont’s relationship is never explicitly stated; they’re unmistakably coded as a couple, and they weather homophobic taunts from Jimmie’s neighborhood crowd, but they sleep in separate beds, and only ever refer to each other as “friend.” In any event, the two form a rock-solid unit, supporting each other’s eccentricities with absolute faith.

One day, while coming by for his regular upkeep, Jimmie finds the Victorian’s tenants moving out, and later learns that family strife is keeping it off the market for the foreseeable future. Spotting an opportunity, Jimmie invites Mont to covertly move into the house, retrieving his family’s possessions from storage and even going so far as to switch the electric bill to his name. In short order, the house becomes a sort of paradise, allowing Mont to work on his play and granting Jimmie the life he feels he should have been living this whole time. From here, the film somewhat recalls last year’s excellent Shoplifters; anyone with a general sense of how the world works knows that this arrangement can’t last forever (especially as hints arise that Jimmie may not be a completely reliable narrator), but the characters are so charming, and their world so inviting, that you can’t help rooting for them anyway.

I should note that the above description might make Last Black Man sound more story-driven than it actually is. This is not to say that it’s plotless– the story continually moves forward, and its characters travel in arcs– but rather that the film has other priorities. Much of its expansive two-hour running time is spent lingering: on street art, on characters’ speech patterns and daily habits, and, above all, on San Francisco. As I watched, I found myself wishing I had a more solid frame of reference to catch all of the local Easter eggs (watch for a hilarious cameo by SF punk legend Jello Biafra as an unctuous Segway tour guide). Even when characters are speaking, one can’t help but be entranced by their surroundings, bathed in magic-hour sunlight by cinematographer Adam Newport-Berra. As Jimmie glides down the hills on his skateboard, often in slow motion and accompanied by the locale-appropriate strains of Jefferson Airplane or Joni Mitchell, even an out-of-towner will understand what this place means to these characters– and why it hurts so bad that it’s being dropped out from under them. 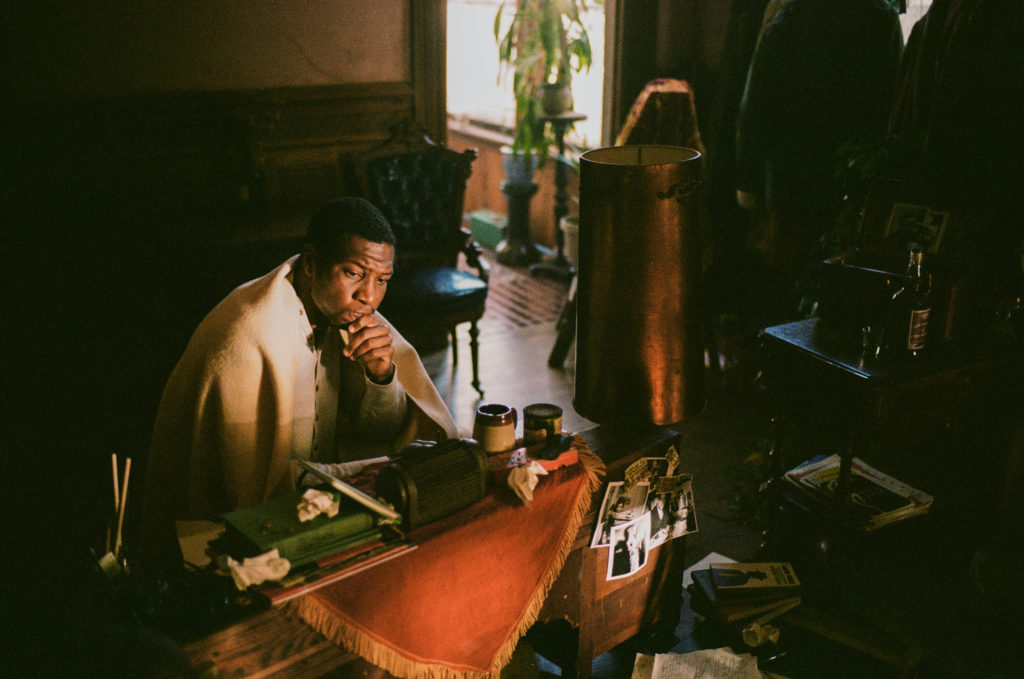 Fails, it must be said, is nothing short of a revelation here. Watching the film, I had no idea that he was essentially playing himself, and never would have guessed that he was a first time actor and writer. As an actor, Fails is fascinating to watch; his performance is simultaneously internal and emotional, unknowable and deeply relatable. Piecemeal, through his relationships with different characters, we get a sense of his story– a tough kid from the streets, connected with aesthetic and intellectual pursuits through his relationship with Mont– and the struggle between these varying parts of his personality are evident even as he’s silently taking in his surroundings. Fails and the people in his life all feel completely real–probably more than a few of them are– and despite the somewhat sprawling cast, Talbot gives each of them room to breathe. (Talbot, it may be worth noting, is white– the grandson of Ed Wood regular Lyle Talbot, which completely blows my mind– but he treats his friend’s story with a respect that never feels intrusive or artificial).

To be sure, there’s a lot of movie here; occasionally, it errs a little on-the-nose (the film opens with a street preacher railing against gentrification atop a literal soap box), and the sentimentality of some of its climactic scenes almost teeters into glurge. But the whole affair is so earnest, and so breathtakingly presented, that it’s impossible not to be swept up, to care deeply for these characters and their disappearing world. At one point toward the end, Jimmie is riding on the bus, listening to two young women (including an unexpectedly cameoing Thora Birch) complaining about the city. “Do you love it?” he challenges them. “You’re not allowed to hate it if you don’t love it.” It’s a sentiment I imagine will resonate with anyone who’s logged more than a few years in this city– or anyplace with a distinctive local flavor slowly being watered down by prepackaged sameness.