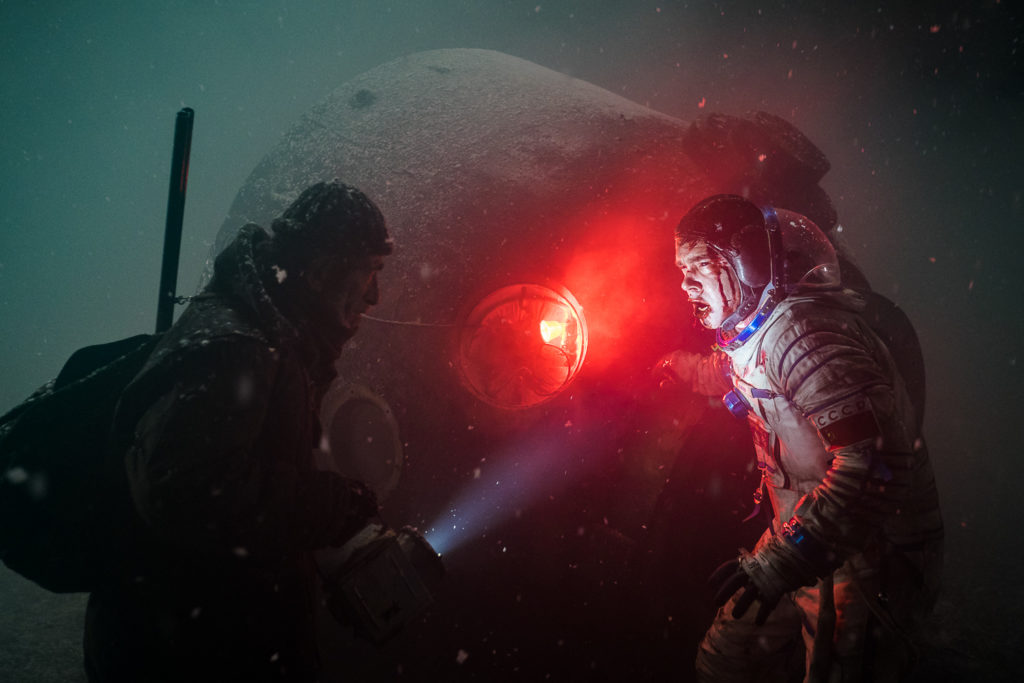 One of the more peculiar habits I’ve picked up in quarantine is a daily routine I’ve come to call “Ebertcise.” Every morning, to keep my muscles from atrophying, I’ll get on the exercise bike and peddle my way through one of the many complete episodes of Siskel & Ebert uploaded to Youtube. It’s a great start to my day– square as they seemed at the time, Gene and Roger were both genuinely insightful critics, and the moments in which they take jabs at each other are delightful and unforced in a way the programmatic “debaters” of Fox News could never hope to be. What’s fascinating, though, is the snapshot these episodes provide of the movies being released throughout the ‘80s and ‘90s, and the subtle but undeniable ways in which Hollywood’s patterns have shifted in the time since. While most episodes will feature one or two films that are still remembered to this day– sometimes jarringly paired, as in the weekend that gave us both Clue and Akira Kurosawa’s Ran— they almost always include two or three mid-budget, adult-oriented thrillers, often starring respected or beloved actors, which I’ve simply never heard of. Most of these films seem to be unremarkable– the verdicts generally range from a dismissive thumbs-down to a marginal thumbs-up– but what’s really interesting is that these films simply don’t seem to be made anymore. More and more, Hollywood has been putting its eggs in the basket of billion-dollar blockbusters (a decision that would seem to be biting them in the ass in the age of Premium On-Demand). Adult character-based drama is increasingly the province of indie studios like A24 and Neon. Apart from the odd Blumhouse thriller or Apatow dramedy, there isn’t much on the ground in between.

I found myself thinking about these forgotten programmers while watching Sputnik, the new Russian sci-fi import debuting this week from IFC. Strictly speaking, Sputnik doesn’t fall into this category in any way, shape, or form; it is both a gooey space-monster horror movie and a foreign-language indie film. But there’s something refreshingly modest its story of space terrors in the Soviet Union. Unlike the films of Hollywood’s Cinematic Universe Cycle, it is self-contained and resolutely un-goofy, but unlike the current wave of high-minded horrors, it makes no pretense of being Serious Art. It simply is what it is, and for that, I enjoyed the hell out of it. 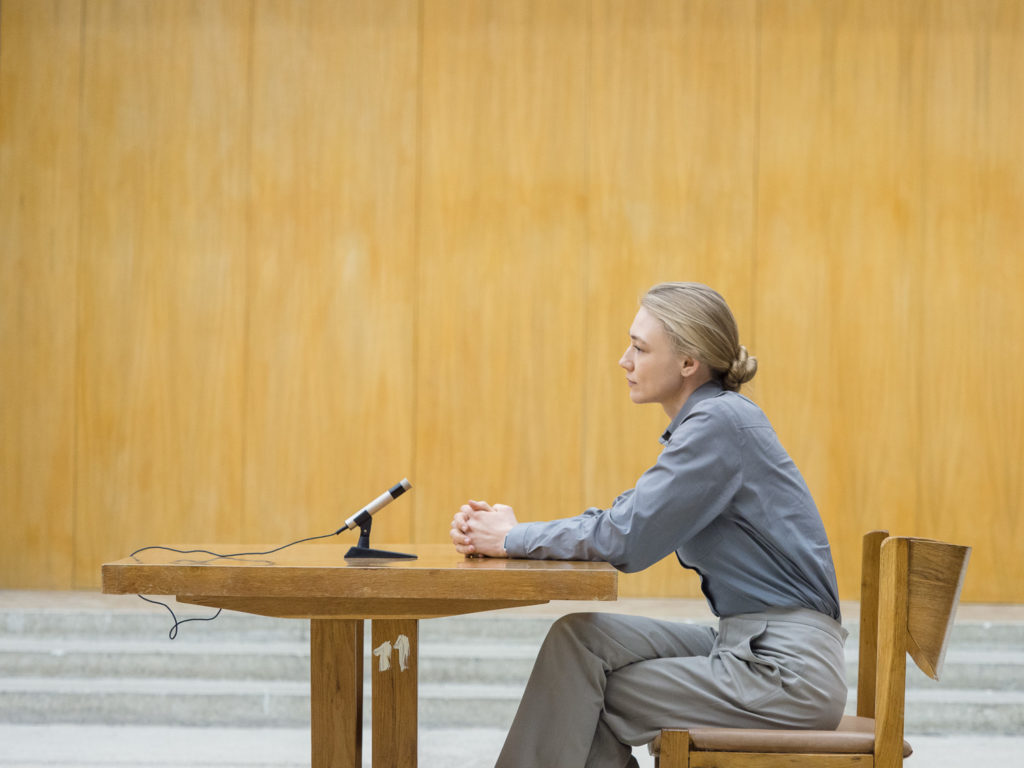 The film opens with two cosmonauts lazily orbiting the earth, preparing their return, when their capsule is rocked by… something. The next time we see them, they’re lying by the remains of their smashed spacecraft in a field. One is very thoroughly dead; the other, Konstantin Veshnyakov (Pyotr Fyodorov), is hacking up some manner of blackish bile. Cut to some days later: Dr. Tatyana Klimova (Oksana Akinshina) is on the verge of having her medical license revoked for an unorthodox (but life-saving) operation on a teen, when she is intercepted by mysterious Kremlin operative Semiradov (Fedor Bondarchuk), who whisks her away to a shadowy hospital to observe the hapless cosmonaut. Housed in a plexiglass cell in front of a roomful of observers, Veshnyakov has no memory of the crash, but seems otherwise fine; Klimova diagnoses him with PTSD, and packs her bags to leave the following morning. In the middle of the night, however, she is summoned back to Veshnyakov’s cell, where she watches in horror as a slimy, four-foot something-or-other crawls out of the spaceman’s mouth and thrashes itself against the glass.

So far, so xenomorphic. The twist, however, is that Veshnyakov isn’t dead; rather, the creature crawls back into his mouth after feeding every night. Attempts to remove the parasite see Veshnyakov’s vital signs plummet, yet he finds himself stronger than ever (albeit with no memory or knowledge of his cellmate) every time it returns. Semiradov aims to weaponize the monster if it can be successfully removed, and tidily dispose of its host if it can’t. Klimova soon realizes she’s racing against time to save Veshnyakov from both the creature inside him and the forces surrounding him.

On paper, this is obviously very silly stuff; its tale of alien monsters, mad scientists, and cold war intrigue would not seem out of place in a 1950s creature feature (there is even one plot point that is seemingly lifted directly from William Castle’s The Tingler). So it is doubly impressive that director Egor Abremenko treats his yarn with such earnestness and gravity, and nothing short of miraculous that it actually works. It’s not that Sputnik is without humor (messing with his psychiatrist, the un-hypnotizable Veshnyakov identifies himself as “Field Marshall Robert Duvall”), but it treats its story with the deadly seriousness of a prestige historical miniseries. You could easily take the first act or so– right up to the point where the glistening flesh-monster forces itself out of the living cosmonaut’s mouth– and trick an unsuspecting viewer into thinking it’s a deleted subplot from HBO’s Chernobyl. 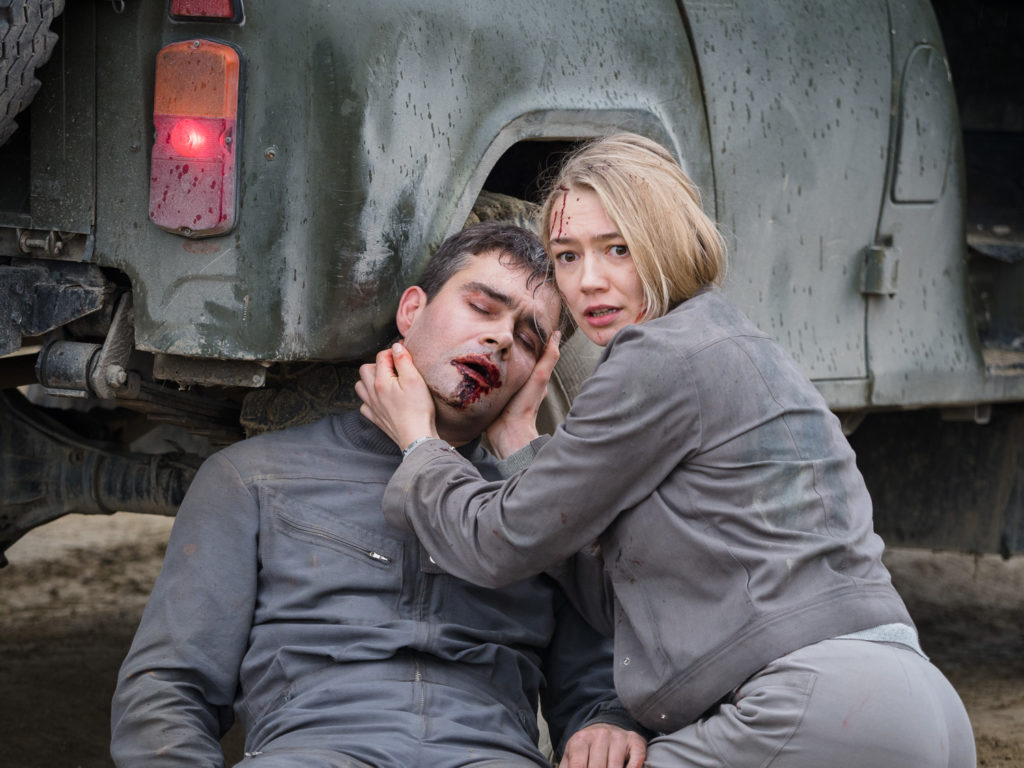 It also recalls, on some levels, Silence of the Lambs (which, come to think of it, may be the apex of the lost mid-budget mini-genre described above). Sputnik is a movie that takes place mostly in offices and basements, but Abramenko and cinematographer Maxim Zhukov photograph their dungeons with the same lush claustrophobia as Jonathan Demme and Tak Fujimoto shoot theirs. These similarities extend to the characters. As a lone woman amidst a sea of blandly macho government types, Klimova can’t help but recall Clarice Starling, and Veshnyakov, in his plain white t-shirt and plexiglass cell, cuts something of a Hannibalistic figure. But it is Klimova who is in control of their interactions, prodding him with unexpected emotional prompts to see how the monster inside him reacts. Klimova is a great heroine, simultaneously clinical, compassionate, and wary of the political system which, in its own way, is as dangerous as any disease (or space monster, as the case may be). As in so many genre films released this year, the parallels to real life are… uncomfortable.

But hey: this may be a tale of Soviet intrigue, but it’s also a monster movie, and it boasts a truly impressive one. Pale, slimy, and uncannily anatomical, the creature (can we just call it Sputnik?) somewhat resembles a homunculoid version of the Cloverfield monster. It’s CG, but it’s CG with enough heft to avoid looking like a superimposed cartoon character. More impressive still, it has heart. Make no mistake, the Sputnik creature is a vicious little bastard, but it still shares a symbiotic bond with its host. When Klimova attempts to subdue it by appealing to Veshnyakov’s humanity, we can sense its confusion. This relationship doesn’t go full Shape of Water, thankfully– Klimova understands that the monster is a disease, and communication is a treatment– but it’s a testament to the effects team that we can empathize with this faceless CGI bat boy.

Sputnik can’t quite escape its inherent b-moviedom– like so many similar films, its third act devolves into a generic warehouse shootout that it can’t afford to convincingly stage– but that’s okay too. In a world where movies tend toward either greasy fast food or Michelin-starred gourmet cuisine, it’s nice to have a good, solid burger from a working-class diner. Sputnik isn’t trying to reinvent the genre or create a franchise; it simply wants to tell a story about monsters and cosmonauts and a true-hearted doctor, and it does so exceedingly well. That this sort of borscht-and-potatoes storytelling has become a novelty is perhaps dispiriting, but that’s no fault of Sputnik’s. It’s just a good little movie– in other words, if I may infringe upon a dormant copyright, a thumbs-up.