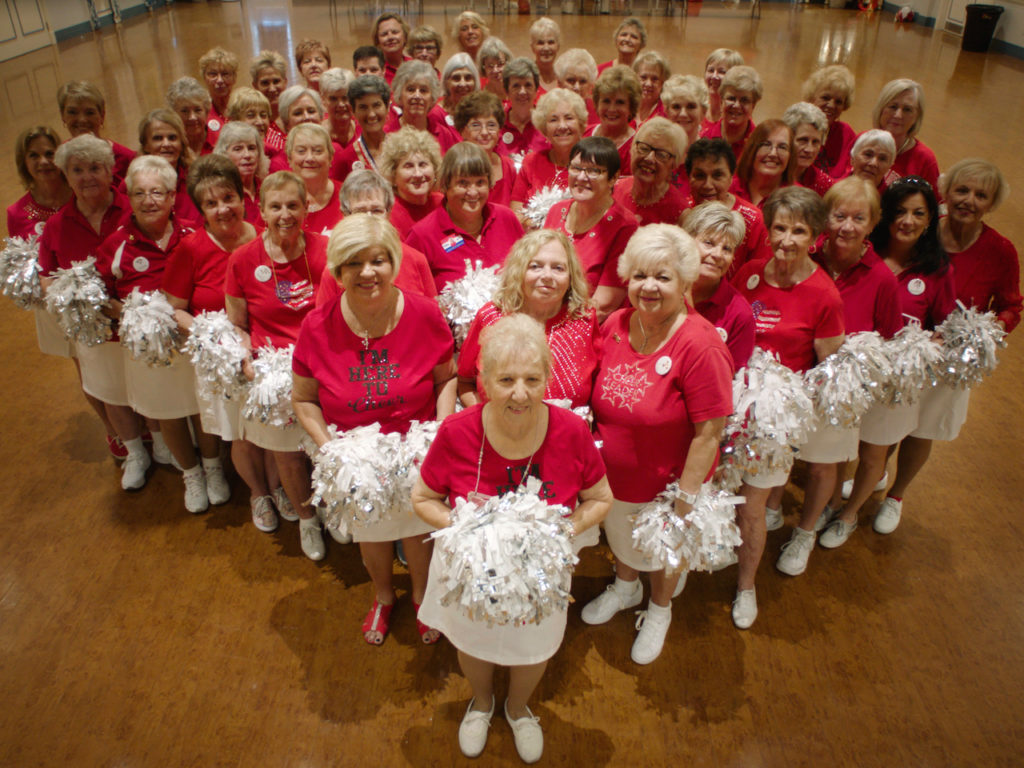 Over the past few years (and especially, oh, the past week and a half or so), it’s become increasingly apparent that the internet does some strange things to the elderly. As online access has become more ubiquitous, and online rhetoric more extreme, a worrying number of seniors have become radicalized by nonsensical conspiracy theories and weirdly hostile Minion memes. But what if old folks have always been like this? Retirement communities are the original social networks, whose pecking orders and bizarre, insular rituals have historically been sealed to the general public. Perhaps the only difference is that residents now each possess a global megaphone. Has the internet increased the number of grandmas who believe in a worldwide cabal of baby-eating Satanists? Most likely. But I’d be willing to bet the “before” numbers are higher than you think.

Perhaps nowhere in America is this phenomenon more visible than The Villages, the subject of Lance Oppenheim’s askew new documentary Some Kind of Heaven. Founded in the early ‘80s by Florida real estate tycoon H. Gary Morse, The Villages are essentially a self-contained town populated by thousands of beaming, well-heeled retirees. The Villages aren’t as formally guarded as the average rest home, but with a wide array of restaurants, entertainment venues, and weekly events, its residents rarely find cause to leave. The result is something unusual in today’s ultra-connected world: a community with its own hermetic culture, not quite like that of any other town on earth. The Villagers likely aren’t that different from the elders in your own life, but the world they’ve created without interference from the outside world (or worse, youths) is undeniably strange to the outsider’s eye. It’s like a cargo cult in cargo shorts. 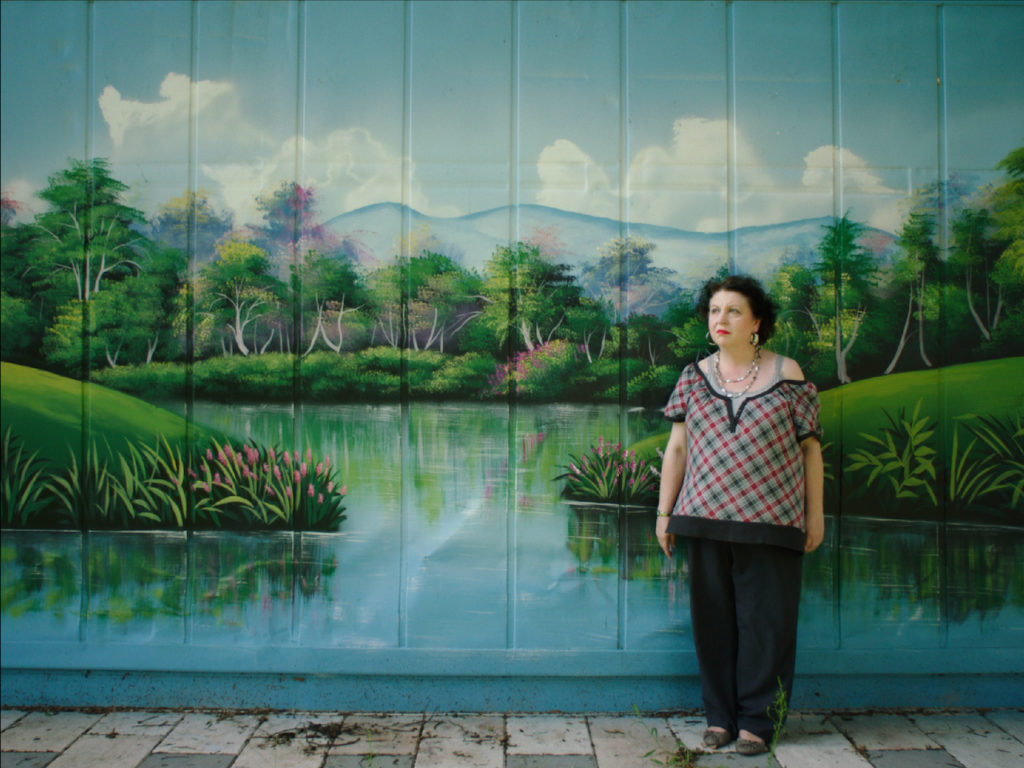 There’s probably an exposé to be made about the, uh, questionable politics of The Villages. Oppenheim, however, opts for a more lyrical, cockeyed tone, approaching the material more like an anthropologist than an investigative journalist. The film primarily follows four residents of The Villages, each following their own, strange paths. Anne and Reggie have been married for 47 years, but their marital bliss has been put to the test by Reggie’s increasingly bizarre dalliances with meditation, drugs, and general eccentricity. Barbara is a widow who moved to The Villages to live out her years with her husband, only to find herself stranded and adrift following his sudden passing. Dennis, meanwhile, is not technically a resident at all, but rather an 81-year-old van-dwelling drifter living on the fringes, evading security guards, and cruising for ladies at senior swimming lessons. All four are, to one degree or another, oddballs, but they all exist in a place where oddballism is the norm.

Some Kind of Heaven shares a considerable amount of DNA with such early Errol Morris efforts as Gates of Heaven and Vernon, Florida, which turn a non-judgemental, yet undeniably amused, eye toward people who can be described as “aggressively real.” As with those films, there will likely be some who question whether its quirky approach crosses a line into exploitation (to be sure, there are a couple of moments, as when Dennis desperately phones a series of acquaintances looking for a place to say, which do kind of feel like we shouldn’t be watching them). But Oppenheim is clearly coming from a place of compassion. It’s difficult not to feel for Barbara, who clearly feels out of place here without her other half, but lacks the funds to move back home to Boston. Reggie and Dennis, meanwhile, are both lovable weirdos; they’d probably drive you crazy if they were part of your life (Anne’s exasperation during her husband’s inane pseudo-Buddhist rants is incredibly relatable), but you’d also delight in telling stories about them to your friends. Like characters in any good comedy, you’ll be rooting for them even as you shake your head in disbelief. 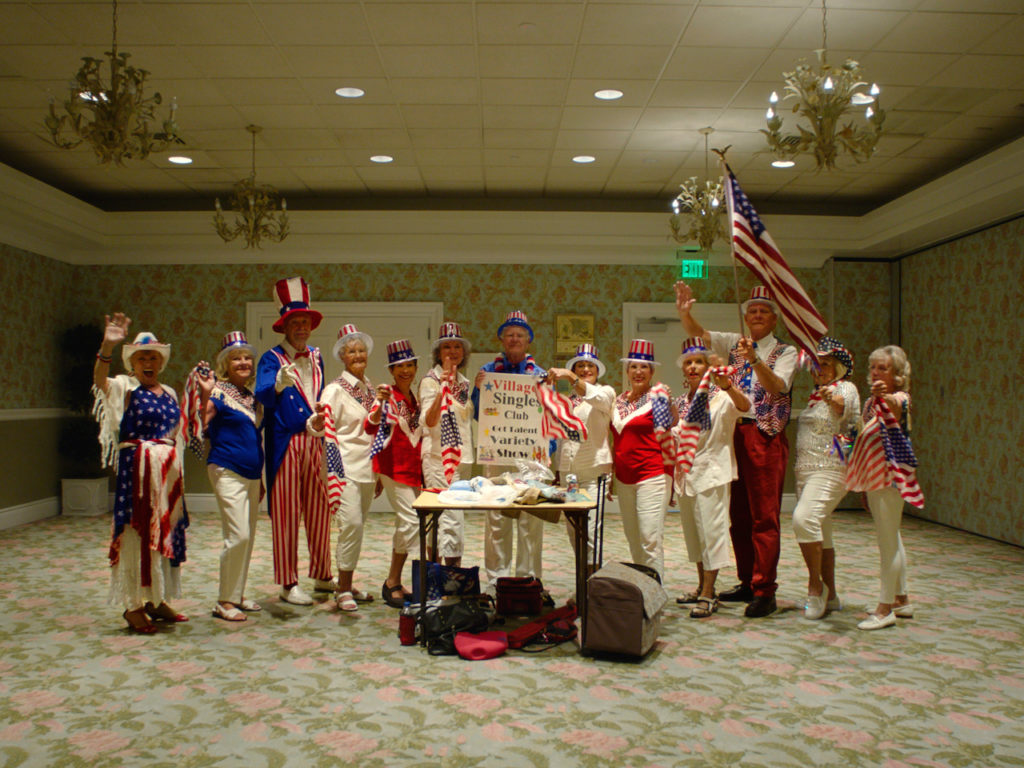 But the real star of Some Kind of Heaven is not any of its human leads, but rather its setting. To much of its audience– to me anyway– The Villages might as well be located on Mars, and Oppenheim shoots them with an ethnographic approach that recalls old National Geographic footage of faraway lands. Simply put, The Villages appear to be an indescribably bizarre place, with their own traditions, social hierarchy, and even mythology (a tour guide at one point explains that several of the restaurants have elaborate backstories dating back to frontier times, despite the fact that none of them have existed for more than forty years). In between visits with his main characters, Oppenheim trains his cameras on tambourine circles, water ballets, acting seminars, and a preacher who illustrates the tortured metaphors of his sermons with an assemblage of elaborately dressed mannequins. Other semi-staged scenes, such as an entire cafeteria filled with women named Elaine who introduce themselves one by one, are at once deeply surreal and entirely recognizable to anyone who’s spent time in anything that might be described as “the heartland.” The entire thing takes on something of a dreamy quality, aided in no small part by the gauzy, Hollywood Babylon opening titles and syrupy strings. If John Waters directed a remake of Midsommar, it would probably look a lot like Some Kind of Heaven.

In case it’s not clear, Some Kind of Heaven is a peculiar beast: simultaneously outlandish and mundane, hysterical and heartbreaking, clinical and humane. In many ways it feels like a reinvention of the mondo movie, that sleazy strain of pseudo-documentary, briefly in vogue in the 1960s, in which mostly Italian filmmakers would cast a leering eye at “shocking” customs from around the world. The difference, of course, is that Oppenheim is American, filming Americans, to be viewed by an entirely different set of Americans who might as well be living on the opposite corner of the planet. By documenting this strange community of bingo queens, parrotheads, and senior swingers, Oppenheim does more to shine a light on “the other America” than a hundred human interest stories about diners full of Trump supporters. Perhaps more importantly, he’s also crafted a giddy piece of pop-documentary showmanship, a sublimely unique spectacle every bit as deadpan-funny as a classic Christopher Guest mockumentary. It might not fully explain how we got here, but it’s as illuminating a lesson as any as to where “here” is.