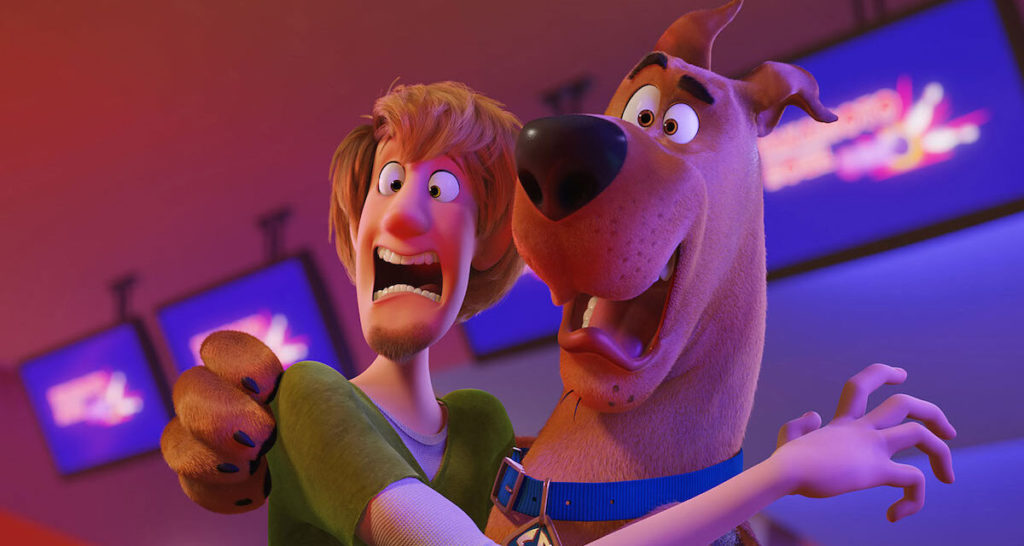 Like Trolls World Tour last month, Scoob! is another animated film that had its theatrical aspirations cut short by the COVID-19 pandemic. Instead of rescheduling, WB decided that a premium rental price of $19.99 would have to do. Unlike Trolls World Tour, which likely would have been a success in theaters, Scoob! seemed to exist primarily to attempt the umpteenth refresher of the 50-year-old Scooby-Doo franchise by including other Hanna Barbera characters such as Blue Falcon and Captain Caveman, who aren’t exactly marquee names. It is another example of an attempted cinematic universe that no one asked for, much like Tom Cruise’s The Mummy. When will studios learn that you can’t just start with The Avengers? Why didn’t they just try to make a new Scooby Doo movie that could stand without extra characters taking away screentime from the Mystery Gang?

With terrible animation and awful outdated jokes (including a cameo from Simon Cowell for some reason), Scoob! offers nothing new for fans except a confusing mess of lasers, flat characters, and soulless voice acting. After a prologue that shows how this version of the Mystery Gang first met in Venice, California, the story immediately shifts from spooky to absurd. Shaggy (Will Forte) and Scooby (Frank Welker) are recruited by Blue Falcon (Mark Wahlberg, seemingly doing a Ryan Reynolds impression) and Dynomutt (Ken Jeong) to find the three skulls of Cerberus in an attempt to thwart Dick Dastardly (Jason Isaacs), who is attempting to open the gates of Hell. Yeah, notice how the plot of this Scooby Doo film isn’t a mystery? Fred (Zac Efron), Daphne (Amanda Seyfried), and Velma (Gina Rodriguez) are completely sidelined, chasing after Shaggy and Scooby throughout while cracking bad jokes.

The film is completely airless. All the background characters look like they were imported from the original Toy Story. The attempts to translate Hanna Barbera cartoon humor into this CGI world are lackluster, though keeping the original cartoon sound effects can be fun. There’s simply nothing to grab onto here amid the spaceship battles, explosions, and portals to the underworld. It’s a mess.

Though it can be tempting to see for yourself how bad this film could really be, it’s not worth it. WB is lucky this didn’t see a theatrical release, as it would have bombed horribly. The Hanna Barbera Cinematic Universe was never meant to be.

Donate $20 to your local theaters instead.