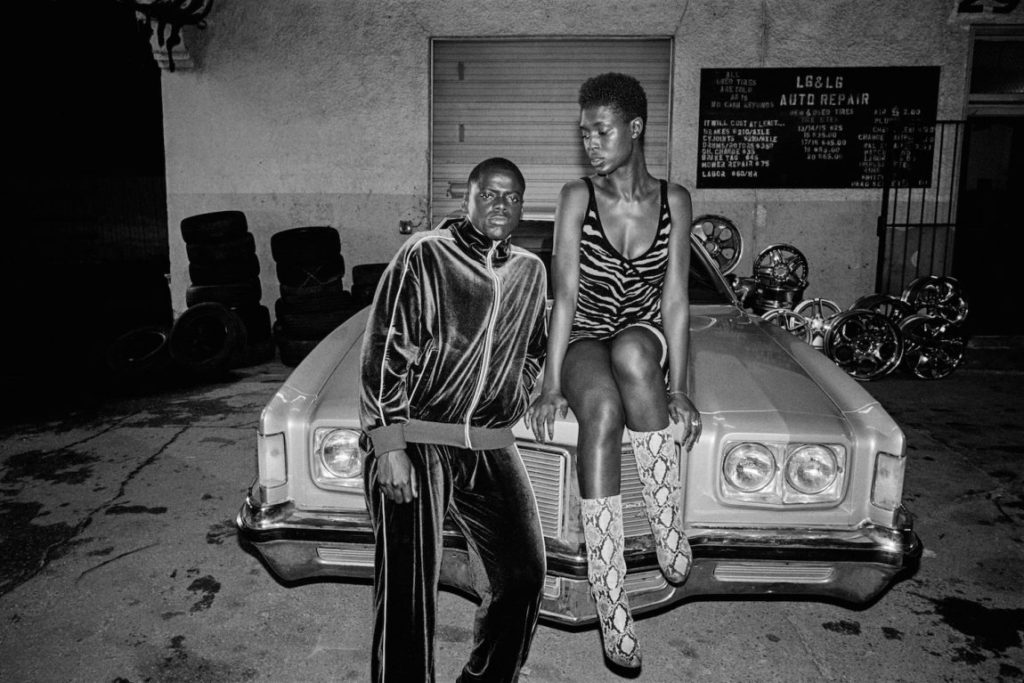 Queen & Slim is the feature directorial debut of lauded music video director Melina Matsoukas (Lemonade). It was written by Emmy Award-winning scribe Lena Waithe, with a story by… James Frey? The Million Little Pieces guy? Somehow, yes. It stars Academy Award nominee Daniel Kaluuya and newcomer Jodie Turner-Smith, who are two of the most beautiful people alive. This is a film backed by powerhouses and James Frey, but sadly Queen & Slim rarely rises above the sum of its parts. Though the film always looks gorgeous and is filled with stunning landscapes, the script is lackluster and the plot itself is mostly concerned with finding ways to torment the lead characters over and over again, with rare and fleeting moments of catharsis.

Our leads go unnamed for the majority of the film, adding to the film’s somewhat mythic tone. Queen (Jodie Turner-Smith) and Slim (Daniel Kaluuya) are driving home after an unsuccessful first Tinder date. They are stopped by a cop and pulled over. The white cop is immediately vile, and forces Slim out of the car and points a gun at his head. Queen, a lawyer, attempts to defuse the situation but is shot in the leg for her bravery. In the following brawl, Slim accidentally kills the cop with his own gun. Queen immediately insists they run, and their journey begins.

Things happen quickly. I kept waiting for a reveal explaining Queen’s erratic behavior, forcing Slim to go on the run with her, but we don’t really get that. The film escalates quickly to a place of constant stress and terror, even during moments of downtime with Queen’s flashy uncle (Bokeem Woodbine). The police feel like they’re around the corner at every turn, and often they are. Every gunshot feels like a punch in the face. It was hard to tell if the script got me to care about these characters, or if the audience just doesn’t want to see more African-American people die at the hands of the police. The dialogue never really soars, but Kaluuya and Turner-Smith do their best to sell it.

Queen & Slim is reacting to modern American racism, but it doesn’t have much to say beyond “Black people do not deserve to be shot in their cars.” The idea that Queen and Slim are elevated to legendary status across the country because of their escape is an interesting one, but we don’t get to see more than a few protests. There’s one protest scene in particular that is so audaciously cut with a sex scene it seems to border on parody. The film is certainly provocative, and I do want to know what general audiences think of its violence. Critic reviews seem to be all over the place! It would benefit from a second viewing, but I would be hard-pressed to sit through the agonizing tension again. I’d watch Turner-Smith and Kaluuya in anything, though.

Queen & Slim was an uncomfortable viewing experience at the best of times, and maybe that was the intention. It just seemed to me that if a film was going to indulge in fantastical and outsized plot developments, it could have had a happier ending.