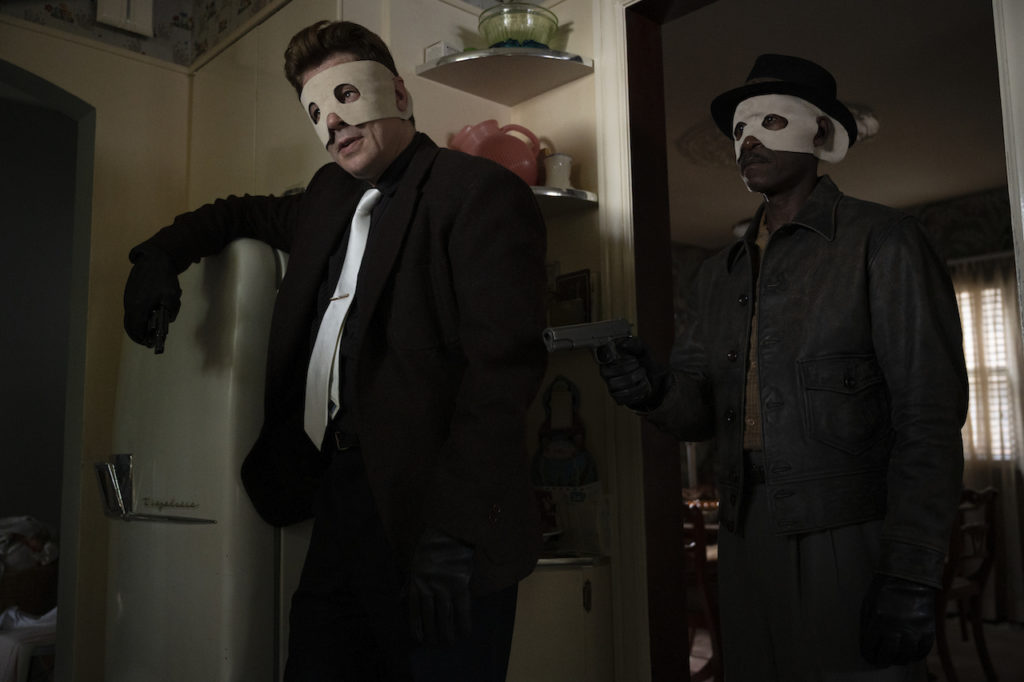 In terms of genre, Steven Soderbergh is perhaps the most unpredictable American auteur since Billy Wilder. More than perhaps any other filmmaker working today, Soderbergh’s name in the credits offers little clues as to what form a film will take. Will it be an edgy, independent character study, like sex, lies, and videotape? A crowd-pleasingly inspirational true story, like Erin Brockovich? A gritty crime thriller, like Traffic? A whimsical structural exercise in the vein of Bubble or Schizopolis? God help you, something like The Laundromat? The only guarantee you get is Soderbergh himself, and his wry, idiosyncratic eye. Beyond that, your guess is as good as anyone.

As luck would have it, the Steven Soderbergh who shows up for No Sudden Move is perhaps my favorite Soderbergh: the cockeyed, Coenesque director of offbeat crime comedies last seen in 2017’s deeply underappreciated Logan Lucky. Like Logan Lucky, No Sudden Move features a dizzying array of familiar faces given free range to dial it up to ten, and like that film it hinges on an elaborate, breakneck plot which remains two steps ahead of all but the canniest viewers (to say nothing of the characters themselves). It might not go down as one of the director’s major works, but it certainly qualifies as one of the most pleasant surprises of the year so far.

Set in 1950s Detroit, No Sudden Move tells the story of three career criminals– calculating Curt (Don Cheadle), hard-drinking Ronald (Benicio del Toro), and aloof Charlie (Kieran Culkin)– hired by an amiable middle-man (Brendan Fraser) to pull off a seemingly simple heist. Breaking into the suburban home of the Wertz clan, Charlie is sent to force auto executive patriarch Matt (David Harbour) to retrieve a very specific piece of paper from his boss’s safe, while Curtis and Ronald keep the rest of the family– mother Mary (Amy Seimetz), son Matthew Jr. (Noah Jupe), and daughter Peggy (Lucy Holt)– at bay. However, when the plan almost instantly spins out of control, Curt suspects a setup, and soon these lowlives set out on a dangerous course to make it out with their lives– and, just as importantly, their money.

I’ve tried to keep the above plot summary as vague as possible, as much of the fun of this sort of film is in its constantly swerving twists, but suffice to say I’ve only scratched the surface. As the story fans out, it draws in a wide array of outside interests, including a Joe Friday-esque detective (Jon Hamm), powerful rival mob bosses (Ray Liotta and Bill Duke), Matt and Ronald’s respective mistresses (Frankie Shaw and Uncut Gems breakout Julia Fox), and a surprise third-act headliner whom it would feel wrong to reveal. At the same time, I also won’t go into the details of the plot because they largely don’t matter. The pleasure of a twisty-turny, character-based heist film isn’t in the specifics of the plot, but in seeing this sprawling cast of eminently watchable thespians sink their teeth into classic “type” roles: the wily hood, the hapless everyman, the moll, the muscle, the boss. Soderbergh is well aware of this principle (it’s the engine that powered his blockbuster Ocean’s 11 films, as well as the aforementioned Logan Lucky), and executes with the ease and precision of any of his characters.

Perhaps predictably, the standout here is Cheadle as the raspy-voiced, cool-headed Curtis (is there any working actor more equally adept at both comedy and drama?), but everyone seems to be having a ball. Fraser continues his very welcome return from Hollywood exile, metamorphosed from the dashing leading man of the Mummy films into a grade-A Peter Lorre-style creep (this, I should probably clarify, is a high compliment), while Shaw plays a perfect Hawksian fast-talking firecracker. Indeed, if there’s a flaw in the film’s kaleidoscopic narrative, it’s that not every actor gets quite enough time to shine; I personally would have loved to see more of Seimetz, whose midwestern chirp betrays a surprisingly shrewd eye. Still, part of the joy in a story like this is in the juggling: characters drift out of the loop just long enough to surprise you when they pop back up. 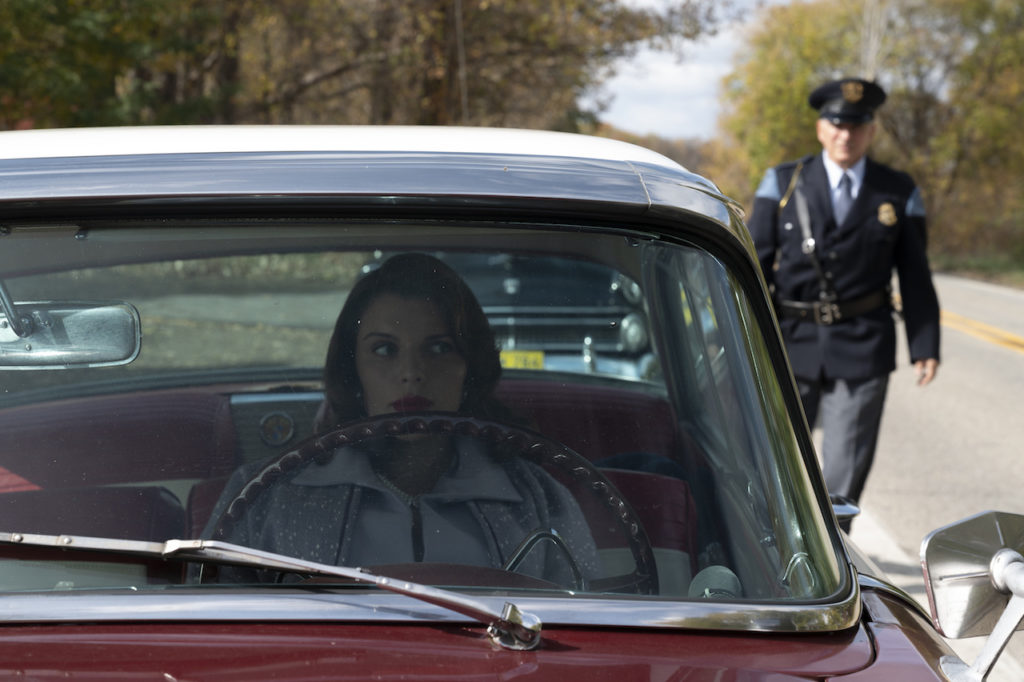 Given his prolific nature, it should come as no surprise that this is Soderbergh’s second movie filmed during the pandemic (the third if you count his ill-fated Academy Awards ceremony, though he’d probably prefer you didn’t). If you squint, you might notice that, despite the film’s sprawling cast, few scenes include more than two or three actors at a time, but by and large Soderbergh is so adept at modulating his approach you’d never know it. Indeed, Soderbergh’s big technical gambit turns out not to be shooting a star-studded period heist film in the middle of a plague, but rather in implementing his collection of vintage camera lenses to add to its mid-century aesthetic. The effect is striking, and occasionally distracting– faces warp as they pass through the periphery, and the edges of the screen are often framed in a sort of feathery iris– but it succeeds in giving the film a distinctive “out-of-time” feel. It’s not quite Vilmos Szigmond flashing the negatives for McCabe & Mrs. Miller, but it’s as close as we’re likely to come in the digital age.

Going back to the plot, the story does ultimately reveal itself as something larger than its street-level characters (think Chinatown, or the final verse of “Fat Cats and Bigga Fish” by The Coup), but I would have been just as satisfied if it amounted to a shaggy-dog story. This is simply a cracking genre entertainment, made by pros who are clearly having a ball. It’s so much fun, in fact, that I almost wish it wasn’t an HBO Max original; I would gladly duck into a theater on a hot summer day for repeat sessions with this motley assemblage of characters. Like 2019’s Knives Out, No Sudden Move is the sort of clever, grown-up fun that rarely gets made anymore. Here’s hoping it finds enough of an audience to inspire more.