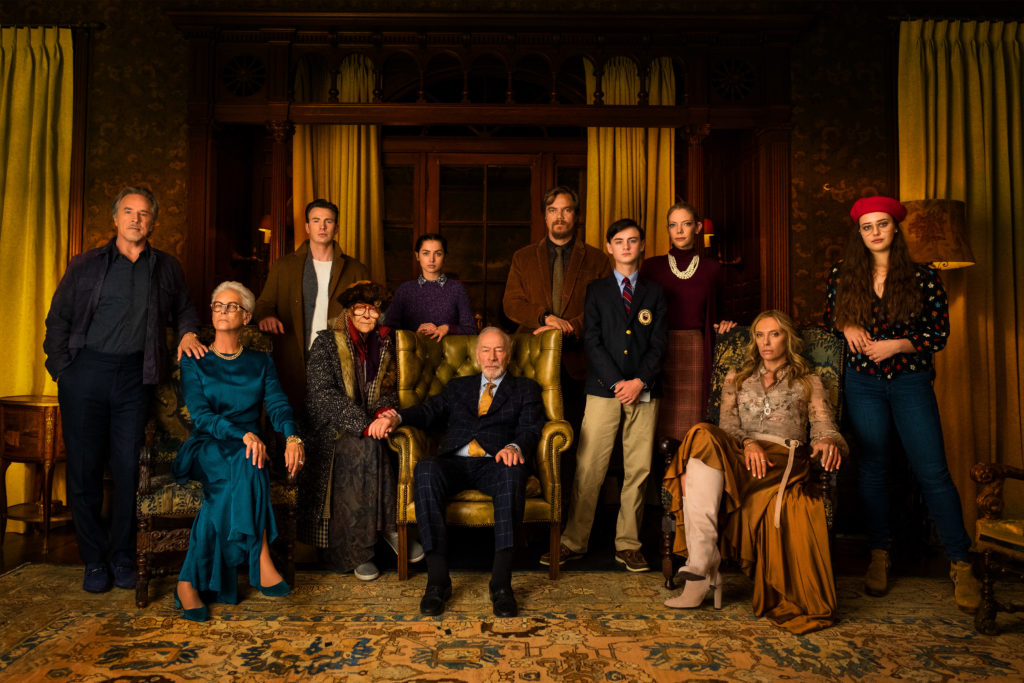 For whatever reason, there aren’t a lot of Thanksgiving movies. There’s Thankskilling, and its were-turkey predecessor Blood Freak (Eli Roth’s Thanksgiving sadly remains a trailer without a film). Coming at it from the opposite direction, you could make a case for The New World, but good luck getting the family to gather around for a three-hour Terrence Malick film. Beyond that, the only Turkey Day viewing traditions that come to mind have more to do with annual programming choices than any sort of thematic relevance. While other holidays have enough films to their name to program a festival, Thanksgiving comes up curiously empty.

Strictly speaking, Knives Out doesn’t quite break this pattern: while its setting is apparently autumnal (dig that Western Mass foliage!), its central familial gathering is actually a birthday party. But the Thanksgiving release of Rian Johnson’s hilariously dark murder mystery comedy is clearly no coincidence: there is no tradition more associated with modern Thanksgiving than familial friction, and Johnson brings that feeling to operatic extremes.

The facts of the case: wealthy mystery novelist Harlan Thrombey (Christopher Plummer) is found dead in his mansion immediately following his eighty-fifth birthday party. While his death is ruled a suicide by local officers Elliott and Wagner (LaKeith Stanfield and Noah Segan), it’s peculiar enough to attract the attention of world famous detective Benoit Blanc (Daniel Craig), a sort of southern-fried Hercule Poirot. The suspects include no-nonsense eldest daughter Linda (Jamie Lee Curtis) and her assholish husband Richard (Don Johnson); daughter-in-law Joni (Toni Collette), a vapid Instagram celebrity; youngest son Walt (Michael Shannon), who handles Harlan’s publishing empire; and rakish playboy grandson Ransom (Chris Evans). However, Benoit finds his focus largely falling outside Thrombey’s brood and onto Marta Cabrera (Ana de Armas), Harlan’s goodhearted nurse and confidant, who just so happens to have a physical inability to tell a lie (at least, not without hilariously gross consequences). Anything beyond that would be telling; this is a murder mystery, after all. 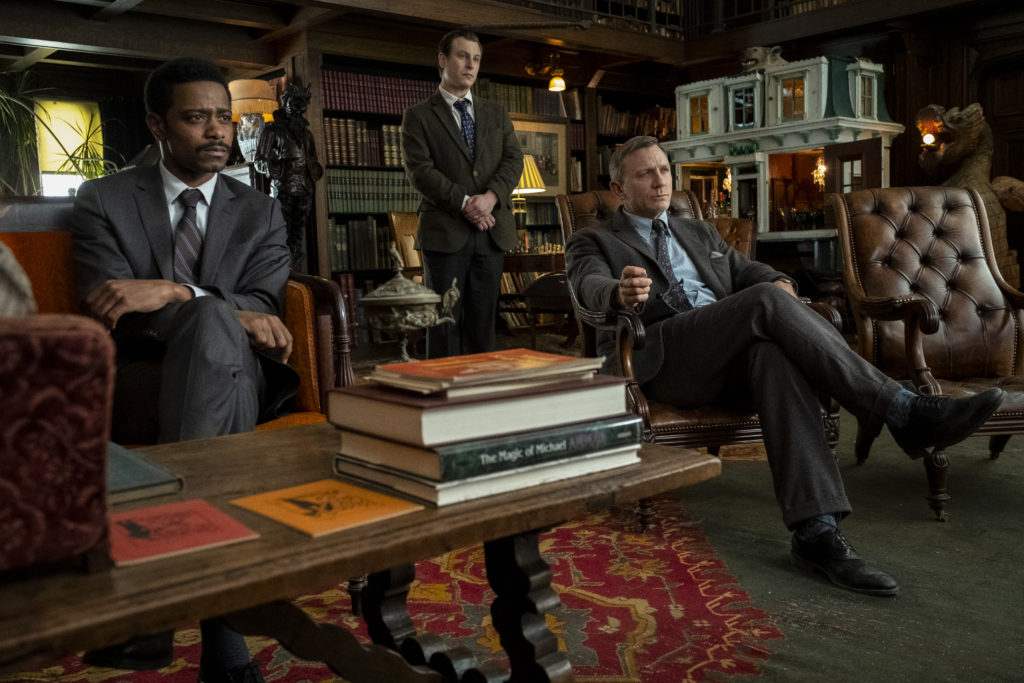 While Knives Out is unabashedly indebted to the drawing room mysteries of Agatha Christie (as well as such postmodern spins on the formula as Murder by Death and Clue), this is not necessarily the story you expect it to be. For starters, though the setting and characters often feel like they could have been transported from the 1940s, Johnson uses them to comment on specifically contemporary issues. Walt’s sullen, clean-cut son, Jacob (It’s Jaeden Martell, who previously played Shannon’s son in 2016’s underrated Midnight Special) is revealed to be an alt-right Twitter troll, Joni’s daughter, Meg (Katherine Langford), is mocked for pursuing an “SJW degree” at Smith, and we’re dropped into an all-too-familiar family argument in which Richard yells, “Maybe an asshole is what we need in office!” And without spoiling too much, once the film reveals what it’s really about, it becomes apparent that this film could only have been made in 2019.

But it also varies as far as the structure of the story goes. Just as we begin to settle into Christie country, learning the possible motives and alibis of each member of the Thrombey clan, the rug is pulled out from under us, and everything we think we’ve come to learn about the case is turned on its head. From there, the story leaves the musty grounds of the manor house, expanding further until it’s not even clear what kind of movie we’re watching anymore– only to weave the ends back in. It’s a credit to Johnson’s plotting that this constant stream of curveballs never feels showy, but rather completely organic to the story at its heart. 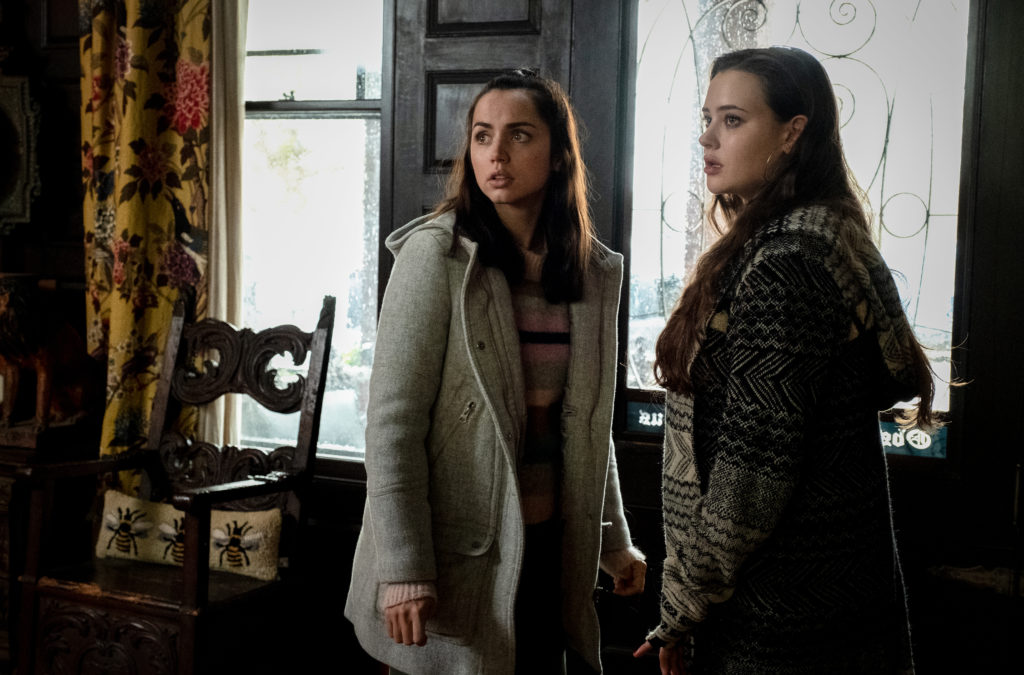 The story is strong enough to stand on its own, but the main draw to Kives Out is the fact that it is, simply put, really fucking funny. Johnson has a way with a one-liner (“I read a tweet about a New Yorker article about you!”), but much of the humor derives from the off-kilter flow of its delivery, in a manner reminiscent of vintage Coen brothers (watch for a cameo by a shockingly-still-alive M. Emmet Walsh). Apart from perennial oddballs Shannon and Stanfield (the latter of whom, it should be noted, is here primarily playing the straight man), most of the actors on display rarely get to sink their teeth into such offbeat material, and they do so with gusto. It’s a delight, for example, to see Toni Collette spouting Kardashianisms after virtually turning herself inside out in Hereditary, or Chris Evans embracing his inner douche now that his superhero tights are in the closet. The showiest role goes to Craig, who rolls each line around in his mouth like a spoonful of Cracker Barrel gravy (Evans refers to him as “CSI: KFC,” though the line really ought to be “KFCSI”). But the unexpected MVP winds up being Ana de Armas. As a working class woman of color surrounded by the most ridiculous one-percenters since the Bluth family, de Armas plays essentially the only actual human being in the film, and as such lends it some much-needed heart. Knives Out would probably be funny in any incarnation, but it wouldn’t have nearly as much depth without de Armas.

Knives Out is the sort of movie they don’t make anymore, and maybe never did: a wholly original, adult-oriented Hollywood comedy which relies neither on raunchy schtick nor flaccid improv. It has a cohesion that eludes any number of “serious” takes on similar material, and it has more to say about today’s state of affairs than any of the inevitable tidal wave of Trumpsploitation Oscar grabs. With its eat-the-rich satire filtered through the hell of other family members, it would make a dynamite triple feature with Parasite and Ready or Not. If you find yourself in need of escape from family strife this weekend, you could do worse than to make your way to a multiplex and visit with the Thrombeys. Sometimes a little murder is just the thing to take the edge off.

Opens everywhere Wednesday, 11/27 (though the Hassle recommends the Somerville Theatre or your local independently-owned cinema)