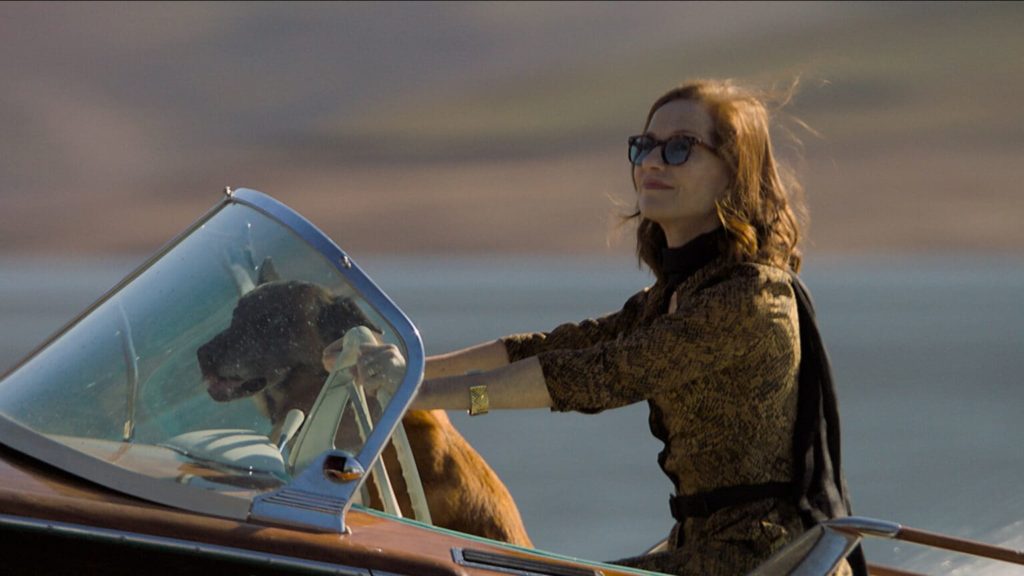 Let’s just start with a simple fact that everyone knows: Isabelle Huppert is one of the greatest actresses to ever live. Not only can she be elegant and glamorous while shooting withering glares, her best performances come from acting utterly unhinged. From The Piano Teacher to Greta, Madame Huppert always does something I’ve never seen another person do. The woman is incapable of giving a bad performance. Unfortunately, this does not mean she has not made bad films. While Mama Weed isn’t bad, per se, it is very muddled and strange, with plot points bordering on racist while still maintaining that French brand of goofy.

Patience (Huppert, of course) is a French-Arabic interpreter working for the Parisian police. Due to her dead husband’s less savory business and her ailing mother, she is in deep debt. She spends her work days eavesdropping on drug dealers and other black market swindlers, so of course she decides to pull a Breaking Bad and try to get in on the action. Unlike Walter White, Patience has a kind side – she knows many of these young men are simply over their heads, and they don’t deserve to go to jail for making some cash. Thus, her transformation into Mama Weed begins.

I would watch Isabelle Huppert do anything. Frankly, I have. This includes watching her don some decadent hijabs and huge sunglasses while she trots a retired drug dog around Paris. I just wish the film surrounding this spectacular visage was a bit more propulsive. There are long scenes of conversations that waffle between comedic, serious, and racist in the way only the French can manage. Any second spent watching Isabelle Huppert speak is worthwhile, but this is no Story of Women. If you understand her star persona, and you laughed at the title Mama Weed, you’ll likely walk away smiling. It’s not a film with a long tail.

The back half gets somewhat intense, but thrilling it is not. As I’ve been saying, it comes down to one thing: do you want to watch Isabelle Huppert drive a boat? If yes, please go ahead and rent Mama Weed. Then watch Malina, a real headspinner.