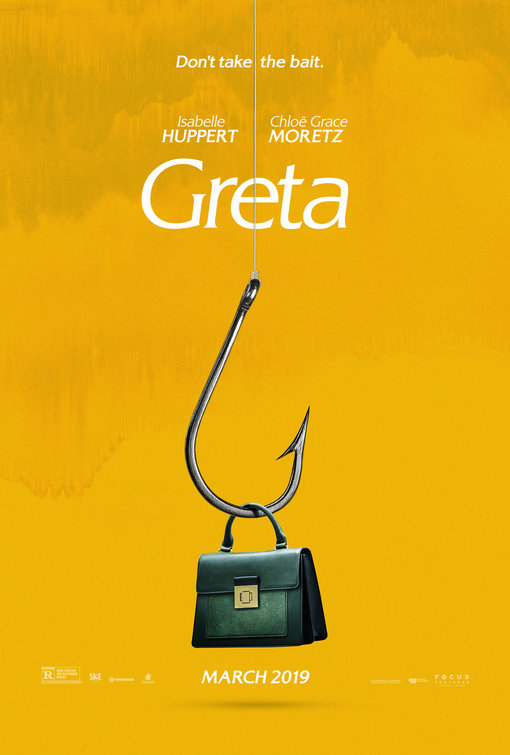 As a rule, I’ve never been much of a believer in the concept of the “guilty pleasure”; I don’t see much percentage in pretending not to like the things you like, and have never felt any qualms about, say, barfing out 700 words about the Critters franchise. But if I had to choose, one of my biggest guilty pleasures might be the 2009 horror film Orphan. Intellectually, I know that there’s not much defensible about this trashy little thriller, despite an overqualified cast including Vera Farmiga, Peter Saarsgard, and CCH Pounder, and a remarkable turn from then-12-year-old Isabelle Fuhrman. And yet, whenever it’s on TV, I find myself watching it to completion, each time cackling in fresh delight. The secret, I think, is how unabashedly nasty it is; where many evil-kid pictures are still at least slightly beholden to the taboos associated with the “purity” of children, Orphan pulls absolutely no goddamn punches, up to and including showing its young antagonist bludgeoning a nun to death with a claw hammer and leaving her in a snowbank. And I won’t spoil the big twist, as I honestly do recommend you check it out the next time it comes on Syfy on a lazy Sunday afternoon, but suffice to say it takes a classic urban legend premise and plays it to the fucking hilt.

I was reminded of Orphan while watching Greta, the new film by highbrow sexploitation maven Neil Jordan. By most conventional metrics, Greta is not a “good” movie, and while I haven’t read any of its certified-rotten reviews in preparation for my own, I doubt I would strongly disagree with many of them. And yet I walked into Greta looking to scratch a very particular, lurid itch, and when I walked out, I had a smile on my face. 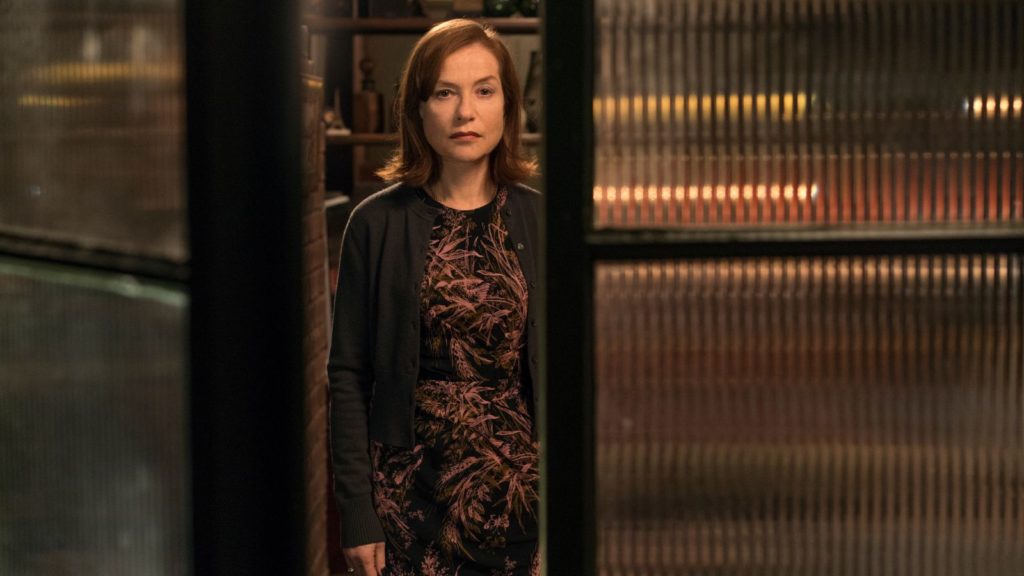 Greta stars Chloë Grace Moretz as Frances “Frankie” McCullen, a good-hearted twentysomething trying to make it in New York City. One night, on her way home from work, Frankie notices an abandoned Chanel bag on the subway, and brings it home with the intention of returning it to its rightful owner. When her roommate, Erica (played by It Follows final girl Maika Monroe), sensibly points out the potential hazards in going to a stranger’s house to deliver it, Frankie self-righteously responds, “That’s what we do where I come from!” (Hilariously, we later learn that Frankie is from Worcester, which is maybe not the sleepy small town Neil Jordan thinks it is). The next day, Frankie brings the purse to its owner, Greta (Isabelle Huppert, fresh off her unlikely Oscar nomination courtesy of Jordan’s contemporary in classy sleaze, Paul Verhoeven), a friendly piano teacher living in a charming ground-story flat. Frankie and Greta quickly bond over their shared grief– Frankie is mourning the recent death of her mother, Greta her husband– and Frankie starts visiting Greta regularly, coming over for tea and helping Greta adopt an adorable senior dog (which should set off immediate warning bells for savvy viewers). As anyone with a passing familiarity with the genre will surmise, Greta turns out not to be what she seems, and when Frankie tries to cut off their friendship, she finds it easier said than done.

Reviewing Greta is going to be tricky for me. For every superlative I have for this movie, I feel like I should add the qualifier “…but ludicrous,” while every complaint needs to be followed by an implied “…but satisfying.” In the former category, there’s Isabelle Huppert. Huppert is a riveting actress seemingly incapable of turning in a bad performance– yet her character here is utterly ridiculous, at one point spouting one-liners while literally tap-dancing in stocking feet through a particularly grisly set piece. On the flipside, there’s Monroe, stiffly breathing life into what is clearly a 69-year-old man’s idea of a millennial woman– and yet, in a movie like this, she’s exactly who and what you want in that role. (In between is Moretz, a gifted young actress whose expressive eyes and frown have so far doomed her to star in uneven studio genre films). So for the remainder of this review, the best idea is for you to adjust your brain to whatever you think of this kind of movie, and correct accordingly.

And what is “this kind of movie?” For lack of a better word, the closest genre match is probably “‘80s/’90s Erotic Thriller,” though surprisingly, apart from a gratuitous scene of Monroe doing yoga in skimpy activewear, there really isn’t much eroticism in Greta, explicit or even implied. Nevertheless, think of films like Basic Instinct, Fatal Attraction, and Jordan’s own The Crying Game, and you’ll be in the right ballpark. Less charitably, one could deride Greta as a high-class Lifetime movie– though, again, there’s a not-insubstantial audience for whom that would qualify as a selling point. For those viewers, Greta will not disappoint.

For a movie like Greta— or Orphan, or any number of other so-called “guilty pleasures”– the key to success is to commit to going completely, unapologetically, bugfuck insane. For much of its first act, Greta had me worried that it might be constraining itself in the straitjacket of respectability (credit must be given here again to Huppert, who manages to make her character soulful and believable even when her big twist has already been spoiled by the trailer). However, once the gears start turning, Greta becomes a campy delight, a series of smash cuts where the big scare is Isabelle Huppert standing unassumingly around the next corner (I was reminded of one of those cartoons where the villain spends six minutes trying to outpace Droopy Dog). By the time the full extent of Greta’s plan is clear (which is substantially weirder than you might expect), any pretense of legitimacy is gone, and the movie dives into full-bore perversity.

Of course, even by these slightly skewed standards, Greta is not a perfect film. Its two biggest auxiliary characters– Frankie’s semi-estranged father, and a hangdog private investigator played by Jordan regular Stephen Rea– feel tacked on, as if they were inserted solely to counter potential logical questions (or, more cynically, to “correct” a refreshing lack of male characters). As mentioned before, the film’s idea of the everyday life of modern young people is cringe-inducingly out of touch (though Jordan at least justifies their absurdly spacious loft apartment with a line of dialogue about Erica’s rich father). And, as with most movies of its genre, Greta relies on a series of increasingly implausible “Nobody believes me!” and “Why would you DO that?!” beats which will test the credulity of even those viewers on its particular, kitschy wavelength.

But for those viewers, these concerns don’t really matter, so long as the film delivers on its giddy, lurid thrills– and this one does. I was thankful that my matinee screening was sparsely attended, so I didn’t feel too bad for belly laughing at its spurts of absurdly graphic violence (including one of cinema’s most brutal cookie-making sequences) and “Boo! Isabelle Huppert!” jump scares. And for all its camp, Greta does have moments that remind us that it was directed by an Academy Award winner, such as a genuinely inspired dream sequence fake-out set to St. Vincent’s “The Strangers.” Is it a Lifetime movie? Maybe, but it’s a really well-made Lifetime movie.

But honestly: you’ve seen the trailer. You probably already know whether this is your kind of movie. Greta isn’t going to win Best Picture (though it wouldn’t be the worst choice), but it’s not trying to. It’s a movie where the villain taunts the protagonist by texting her pictures of her best friend at a bar, and then the protagonist calls her friend and instructs her to leave the crowded bar into a dark alley. I don’t know if I can defend Greta, but I’ll sure as hell recommend it. The only quandary will come when in a few months, when I’ll have to choose between lazily watching Greta and Orphan on basic cable.