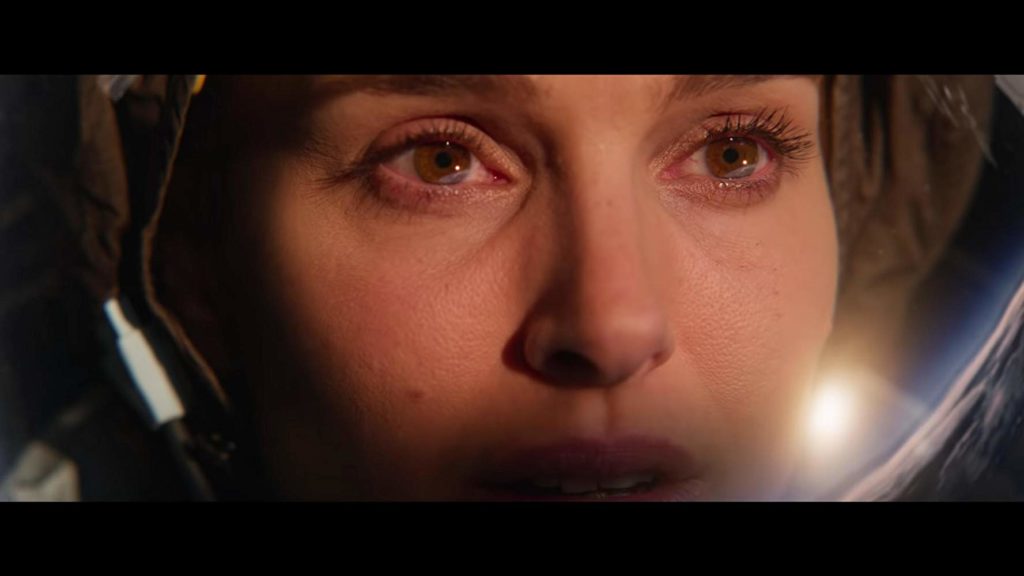 There’s a moment part way through Lucy in the Sky in which the protagonist learns that a major character has had a medical emergency. To convey her devastation, the soundtrack drops out, and we follow a long tracking shot in which she motionlessly glides through the corridors of the hospital to the strains of an ethereal cover of the title song. Watching this scene, I took curious note of my reaction: I had generally been invested in the story up until this point, and this scene was clearly meant to be a deeply affecting cinematic showstopper. And yet, as it spooled out, I realized that I felt nothing; as compelling as the performances had been from moment to moment, it became clear that the foundation had simply not been built for emotional payoff (it didn’t help that the visual was nearly identical to the “Perfect Day” scene from Trainspotting).

I’m getting ahead of myself. Loosely based on the unforgettable tabloid story of disgraced astronaut Lucy Nowak and directed by TV auteur Noah Hawley, Lucy in the Sky tells the story of one Lucy Cola (a bowl-cut Natalie Portman), who has just returned from her first trip to space. Well, physically, anyway; as she readjusts to the mundanities of her country-nice NASA PR husband Drew (Legion’s Dan Stevens, Ned Flanders right down to the mustache) and gothy teenage niece Blue Iris (Pearl Amanda Dickson, who I’m calling right now is going to be huge in a few years), her mind constantly drifts back to her time drifting in the expanse. The only people to whom she can effectively relate are her fellow astronauts, particularly “walking action figure” Mark Goodwin (Jon Hamm), who invites her to join his all-astronaut bowling league. To stave off her existential disconnect (Post-Rapture Stress Disorder?), Lucy throws herself into training for her next mission, as well as an affair with Mark, only to find a younger rival in both pursuits in the form of Erin Eccles (Zazie Beetz, somehow even less utilized here than in Joker). Eventually, the threads of Lucy’s sanity begin to unravel, and she finds herself even more adrift than she was in the depths of space.

As I said, I was on board with Lucy in the Sky for much of its first act or two. Much of this is thanks to the performances. Natalie Portman throws herself into the role of Lucy with rare gusto, effectively deglamorizing herself under a shaggy Beatle wig and a down-home accent. The supporting cast is game, too; Hamm is clearly continuing his down-for-anything post-Mad Men victory lap (see also: Baby Driver), and Ellen Burstyn steals every scene she’s in as Lucy’s profane, hard-drinking Nana. And Hawley, best known for such psychedelic TV favorites as Legion and Fargo, keeps the visuals dynamic, shifting the aspect ratio to match Lucy’s mood, from boxy academy ratio to a razor thin panorama. 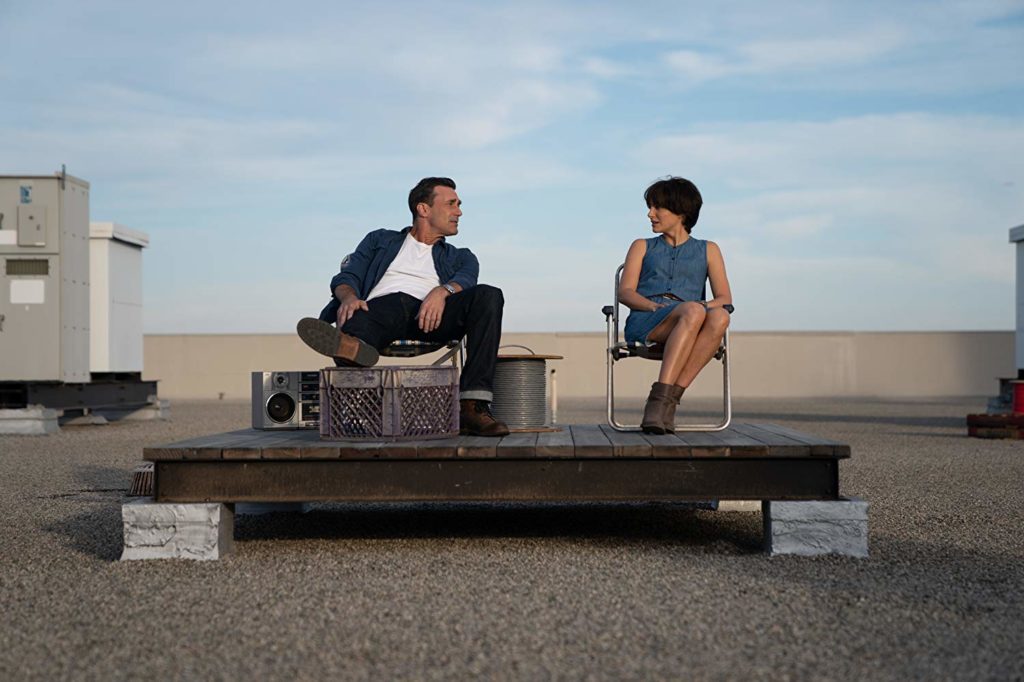 Yet, somehow, the elements never quite gel into something that fully satisfies. To start with, it’s not entirely clear the extent to which we’re meant to side with Lucy. At one point, for example, Lucy hacks into Mark’s computer and discovers an email in which he warns a superior that “our girl” is becoming erratic and should be taken off the mission. Obviously, this is framed as a betrayal, yet the film’s sympathies don’t seem to lie with Lucy either– she is portrayed as becoming dangerously unhinged, up to and including the act of hacking into Mark’s computer. It also leaves a bitter aftertaste that Mark, even after his profoundly shitty behavior toward the women in his life, is ultimately portrayed as something of a voice of reason, and the victim of Lucy’s descent into madness.

Which brings us to the final act. It’s a common flaw in films based on true stories that, in the drive to create something cinematically compelling, the filmmakers will cheapen the story of a real life, three-dimensional person. Here, that formula is almost reversed: Portman’s Lucy Cola is portrayed as such a sober portrait of barely hidden trauma that it’s disappointing when she devolves into the sensational antics of the real Lucy Nowak. Portman remains committed throughout, but it’s jarring when the script suddenly requires her to rant and rave like Jerri Blank. It’s almost as if Hawley used Nowak’s springboard to tell an original story about PTSD, then suddenly remembered he was hired to make a crazy astronaut tabloid movie.

The most frustrating thing about Lucy in the Sky is that one can see fragments of several better movies within it. I’d like to see a film which follows through on the premise of the first two acts, telling in human terms the difficulties of returning to a normal life following a profound, indescribable experience. I’d also like to see the movie that should have led up to that ending, an outrageous black comedy filled with perverse, over-the-top caricature and acrid satire. I’d even watch a movie that focuses exclusively on the all-astronaut bowling league (particularly if it would mean more of Tig Notaro’s turn as a world-weary space technician). As it stands, Lucy in the Sky isn’t the worst movie of the year– it’s too odd to be boring, unlike, say, The Goldfinch— but, like Lucy herself, it will leave you dissatisfied and adrift.