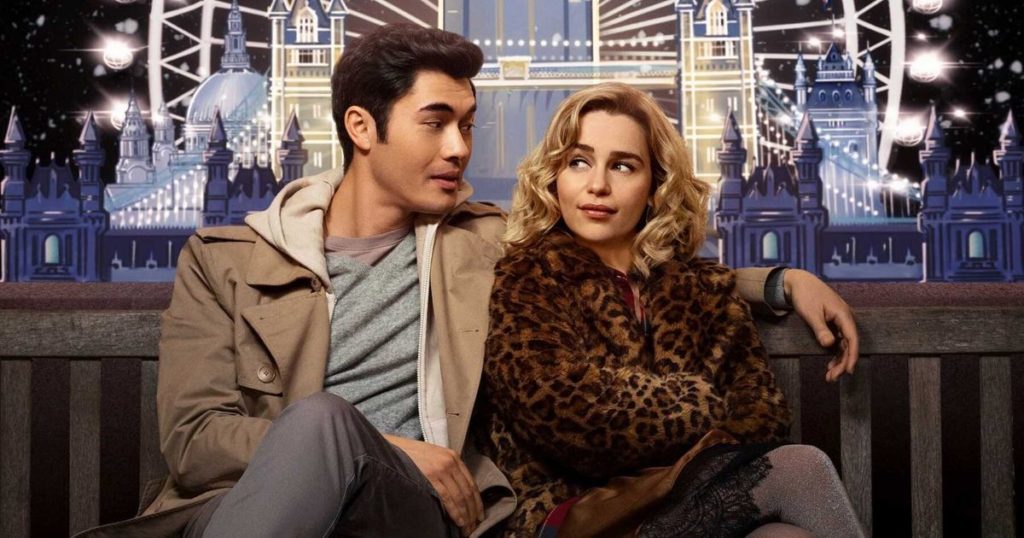 I won’t spoil the film in this review, but if you’ve thought about the trailer and the film’s title for more than three seconds, you can probably figure out Last Christmas’ game. A good film should work even if you already know the twist. Quite frankly, I would have felt cheated if I hadn’t figured out where this thing was going. Last Christmas is a serviceable Christmas movie featuring a charming performance from the late Queen of Dragons, Emilia Clarke, and a collection of George Michael’s greatest hits. At the very least, the London-set film doesn’t look like it was shot on a backlot in the middle of summer. Paul Feig takes full advantage of a London winter, giving the film a sense of place that unfortunately, the script has trouble matching.

Kate (Emilia Clarke) is a mess a year after a life-changing operation. She’s technically homeless, her boss (Michelle Yeoh) at the year-round Christmas shop hates her, she’s ignoring her mother (Emma Thompson), and she’s usually drunk. She dreams of landing a role in a musical on the West End, but she can’t stop getting in her own way. In December 2017 (the date only becomes important halfway through the film, but we’ll get there – and no, it’s not because George Michael died), Kate meets a man named Tom (Henry Golding, hot). Tom, a weirdo who rides his bike in the middle of winter and dances around people, tries to teach Kate that life should be fun, and she should be able to enjoy it again. Kate is mildly disturbed, but quickly falls for Tom’s charms. Her mother Adelia, as played by Emma Thompson, is no help – a depressed immigrant from former Yuogslavia, Adelia provides most of the laughs in a deadpan manner only Thompson can do. It helps that Thompson herself wrote the script!

Last Christmas is an unfortunate step down from Feig’s last directorial effort, A Simple Favor, whose manic energy Christmas could have used in spades. Feig and Thompson clearly wanted to make a sweet, charming, mildly corny Christmas movie, but it lacks a sparks to help it stand out. It doesn’t feel like a film audiences will seek out when they can just stay home with the classics. As I’ve said many times before, I want to support original films that aren’t sequels or based on comic books, but I can’t lie about loving Last Christmas. The cameos are fun, and all the actors seem to ride the film’s wavelength, but it doesn’t add up to anything particularly exciting. At the very least, I am grateful that Last Christmas reminded me I miss George Michael.