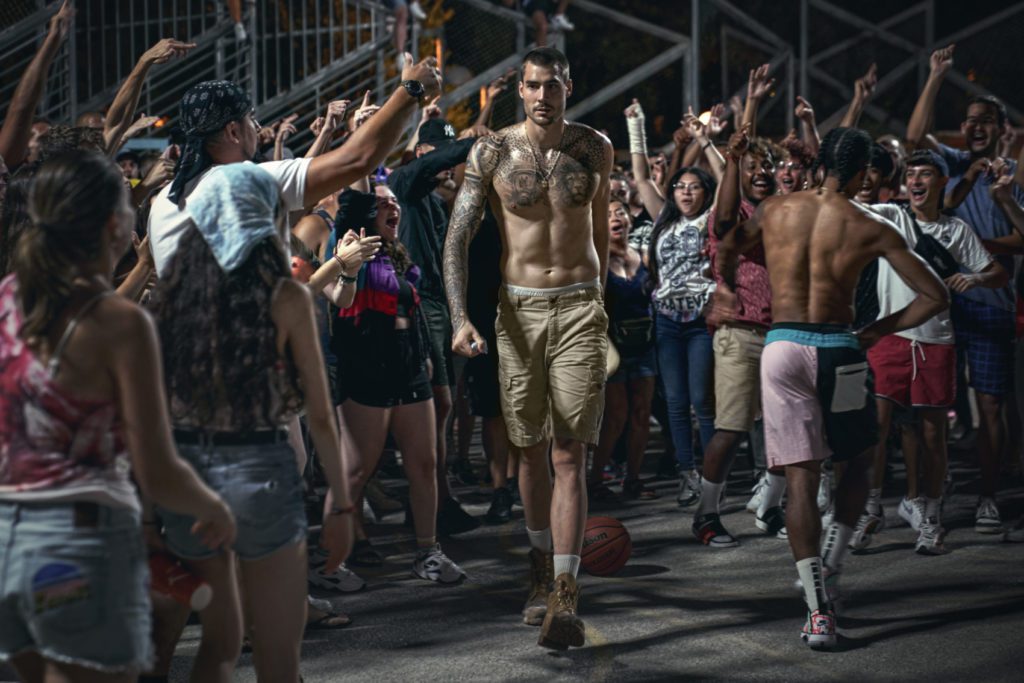 Like most teenage boys, my first occupational dream was athletic: professional hockey player. Once I realized my physique had different ideas, I entertained a less common dream: that of an amateur scout. I even tried learning Swedish. There’s something so pure and simple about scouting: watching the sport you love, looking for exceptional exemplars of said sport, and excavating hidden talent. Scouting seemed to the younger me an occupational incarnation of my love for the sport.

Playing Stanley Sugerman, a fictional international scout for the Philadelphia 76ers, Sandler gives one of his best performances of the Sandler-Resurgence. He doesn’t want to be a scout, though. The innocence of my teenage dream shattered by the reality of adulthood: family matters. Stanley wants to be a father to his film-nerd daughter (newcomer Jordan Hall as Alex) and husband to wife Teresa (Queen Latifah), but he just can’t. 76ers owner Rex Merrick (Robert Duvall) promotes Stanley to the bench, but dies shortly thereafter, leaving the team to his asshole of a son Vince (Ben Foster), who never puts down his phone—a recurring minor theme that complements the family structure in Hustle. Stanley’s given an ultimatum: find the next MJ and there is a spot for him behind the bench.

On assignment in Spain, he ends up at a high-level pick-up game where he spots “the big guy,” Bo Cruz (Juancho Hernangómez, of the Utah Jazz). A defensive phenom, Bo has the potential to be a top-10 player in the league if he gets into shape and can shake his “short-tempered” image. Hernangómez is sensational as Bo and, to my surprise, manages to do some serious acting here, unlike Kevin Garnett, who had a much simpler role in Sandler’s other recent film featuring a real professional basketball player, Uncut Gems.

Hernangómez hits multiple emotional beats that, had he missed, the movie wouldn’t have worked. Bo’s actually a rather moody fellow—trash-talking affects his game like a middle schooler and he’s never been apart from his daughter, initiating a form of conditional depression when Stanley takes him to Philly to train for the NBA Combine. This makes the NBA player’s job more difficult, yet he meets the challenge. Hernangómez’s soft-spokenness and quiet demeanor build the core innocence that makes the character work.

Director Jeremiah Zagar’s experience with non-actors in We the Animals is indispensable to the final product. Almost every character without the last name “Sugerman” comes from the world of the NBA. Dirk Nowitzki facetimes Stanley to prove he’s actually with the 76ers, and Anthony Edwards plays Kermit, the cocky rival player that provokes Bo to violence. A bit of a one-note character, Edwards certainly fits the part and plays the note to its maximum, a role that appears casted by Hernangómez after meeting the former number one draft pick. 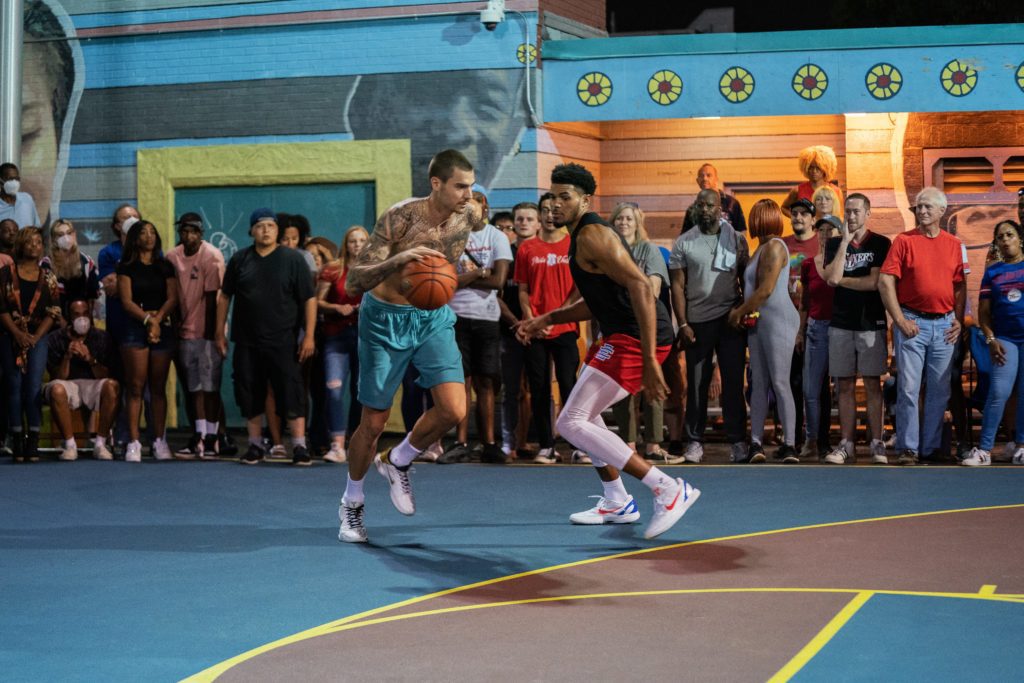 Even the coaches and scouts will be familiar to basketball fans (though, not to me). Surely, the authenticity of the NBA wasn’t strictly speaking necessary to the narrative of Hustle. But it’s not all about narrative.

This is a movie fundamentally for basketball lovers. It’s even produced by Lebron James (who will always remain my favorite player thanks to our shared hometown). Built from the ground up on the back of cameos, the atmospheric creating factor of the guest appearances separates Hustle from the completely “just because” ones in superhero movies. It also makes the basketball scenes exponentially easier to film…which is just smart filmmaking.

“Play every game as if it’s your last.” We’ve all heard that now thud-less sports cliché. Zagar, in his biggest film to date, dares to take the dumb cliché seriously. He brings his full personality. The Netflix original was shot and raised in Philadelphia, where Zagar was born and raised (the soundtrack even largely uses Philly-based music); wanting to represent more mixed-race marriages like his own, Sandler was paired with Queen Latifah; a movie nerd in his youth, a student quality highlight reel becomes crucial to the story. Every decision oozes with his fingerprints that he desperately wants to be recognized. Stylistically, he uses close-ups during in-game action in a way that makes the sport feel uniquely cinematic without ceasing to feel real.

As a non-basketball fan, my only complaint would be more scouting and less montage. Stanley finds his diamond in the rough almost immediately, with the only other “scouting” scene being the opening one. Even more so than his role in Uncut Gems, this really feels like the “quintessentially Sander” role. He’s indelible to the character—so give us more! His life is believable, lacking the typical Hollywood screenwriting exaggerations that one finds in lesser sports movies, like The Way Back or King Richard. Bo even ends up on the Boston Celtics rather than the 76ers because that’s not how drafting decisions actually happen. At one point, Sandler’s Stanley dictates, “Guys in their 50s don’t have dreams. They have nightmares and eczema.” I’m just not sure who is speaking more in that line read: the actor or the character.