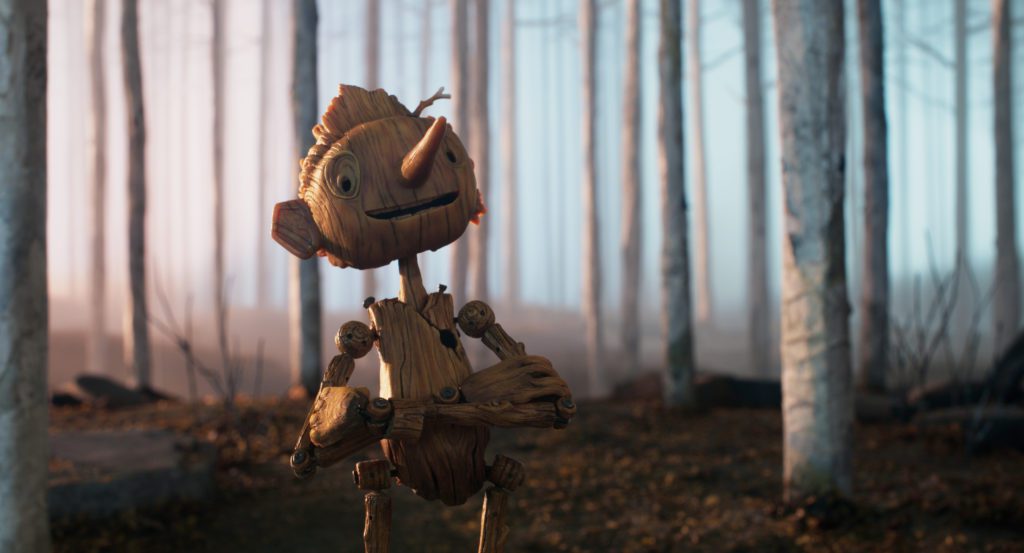 Another Pinocchio movie? Good thing the Zemeckis one is terrible and no one watched it! Mercifully, Guillermo del Toro’s Pinocchio is a work of real art, spectacularly demented in all the right ways. With gorgeous stop-motion animation and a hauntingly dark interpretation of the original fairy tale, del Toro’s labor of love is one we should all experience. This is some real Catholic freak shit, filtered through the journey of a living puppet who, when we first meet him, crawls around like a horrible bug– intentionally upsetting and creepy, unlike certain other adaptations.

Until the bombs fall, Geppetto (voiced by David Bradley) lives a charmed life as a woodcarver in a small Italian village. When the war intrudes upon this perfect world and takes the life of his son Carlo (Gregory Mann), Geppetto is destroyed. One evening, in a drunken rage, Geppetto chops down the tree at Carlo’s grave and builds a new wooden boy. While the woodcarver cries in his sleep, a wood sprite (Tilda Swinton) brings the puppet to life, much to the chagrin of Sebastian J. Cricket (Ewan McGregor), who had taken up residence in the tree. The wooden boy is called Pinocchio (also Mann), and he is so excited to be alive. The townspeople mostly recoil in horror, but the Podestà (Ron Perlman) takes a special interest in Pinocchio, eyeing his worth as a soldier in Mussolini’s army.

Before Pinocchio can be sent to war for the fascists, he ends up under the spell of the wretched Count Volpe (Christoph Waltz), forced to perform in puppet performances with his monkey assistant Spazzatura (Cate Blanchett, only making monkey noises). Pinocchio wants to be a good boy, but he doesn’t quite have the attention span. He has a sense of right and wrong, and he found out about Jesus, but there’s little he can do to stop the cruelty around him. He also finds that he can’t even really die, as he shakes off mortal wounds with short trips to the Underworld, spending time with the Black Rabbits (Tim Blake Nelson) and Death (Swinton again). This is even crazier to witness than it is to read about, and it is all shockingly effective. You just have to respect at the ambition. 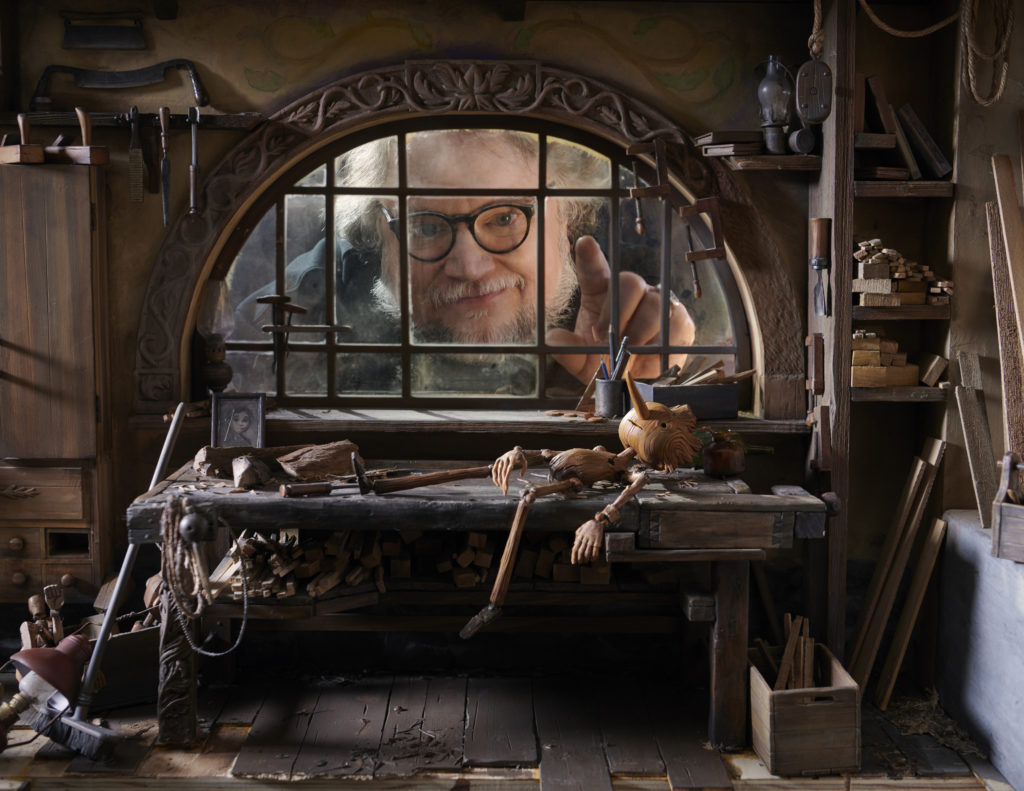 Before seeing the film, I was worried this would be a “dark” adaptation akin to those PC games about Alice in Wonderland where she’s actually in an asylum, or whatever. Fortunately, this is not the case. Del Toro clearly loves his interpretation of this character, placing Pinocchio in the same league as the young protagonists of The Devil’s Backbone and Pan’s Labyrinth. These films each feature a child, overwhelmed by cruel adults and crueler governments, struggling to find the light, save who they love, and live peaceful lives. This child just happens to be made of wood and can survive being shot in the head.

Every annoying thing Netflix does is worth it for movies like this (and Wendell & Wild), audacious and gripping with remarkable stop-motion animation from their in-house studio with help from the Jim Henson Company and ShadowMachine. While del Toro and I don’t often see eye to eye on what good movies should be, I’m thrilled that his Pinocchio is far closer to Cronos than it is Pacific Rim. After this, we’re all set on Pinocchio movies for another hundred years.

Playing for one week only at the Coolidge Corner Theatre starting Friday 11/18; streaming on Netflix 12/9