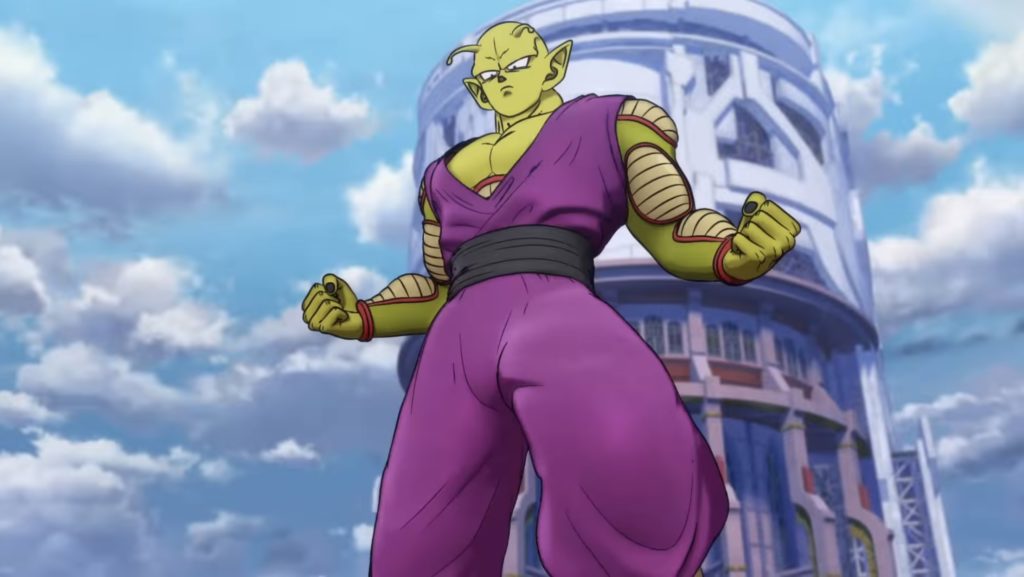 Well, it finally happened. It took nearly 40 years, but there is now a Dragon Ball movie that does not just end with Goku kicking ass. Maybe there is a future for the Dragon Ball franchise! Dragon Ball Super: SUPER HERO (a terrible title) puts Piccolo and Gohan in the spotlight, doing so with some great gags and fast-paced battles. While it doesn’t reach the absurd dramatic heights of the previous film, Dragon Ball Super: Broly, it’s still a fun way to hang out with these characters. Isn’t that what these movies are for?

The Red Ribbon Army, which Goku defeated as a child, is back! Kind of! It’s really back in name only, led by a squat man named Commander Magenta (voiced in the dub by Charles Martinet, the voice of Mario!) who needs the grandson of Dr. Gero, Dr. Hedo, to build new androids capable of facing any threat. Dr. Hedo decides to take Magenta’s money to build his ideal superheroes, the Gamma twins. Gamma #1 and #2 are near-identical androids with a strong sense of justice. Unfortunately, they’ve been led to believe our favorite Namekian/former god Piccolo is an alien bent on world domination! With Goku and Vegeta off-world and unreachable, Piccolo must rely on an out-of-practice Gohan to fend off these androids and a dangerous threat lurking in Magenta’s secret base! 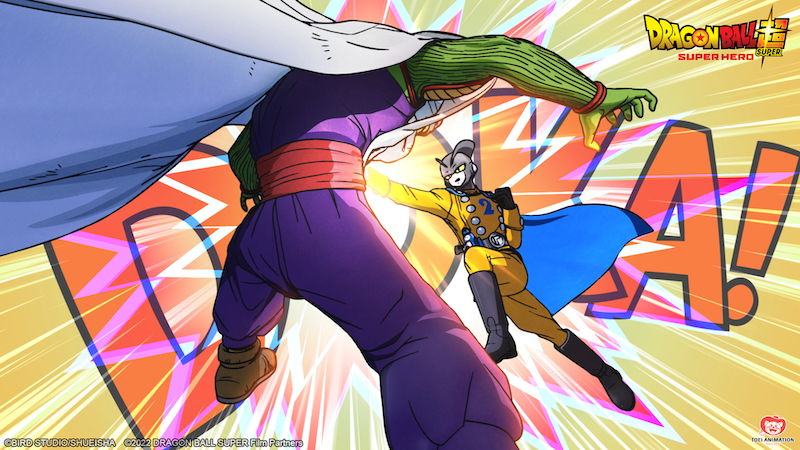 If you’ve seen the trailer, you know this film is done in cel-shaded CG instead of traditional animation. Or perhaps you didn’t notice at all, because these character designs translate well to 3D, and the animation is better than something like Earwig and the Witch. Movement is smooth, colors are rich, and the camera takes advantage of a 3D environment in ways that would look unnatural in a 2D world. I still prefer traditional animation above all else, but this film’s CG works far better than I expected. There are a few scenes that look a bit airless, but they pass quickly. I don’t think the next Dragon Ball film will be computer generated – it did okay at the Japanese box office, but the new One Piece film, which is 2D, made its entire gross in the first weekend of release. Goku and friends will likely go back to TV for a bit, where animation is king.

This is Dragon Ball – we’re not really here for the plot. There are villains, our heroes must train to defeat them, more battles ensue. Usually there is another step – our heroes have to hold off a villain until Goku is able to reach them and save the world. I kept waiting for that shoe to drop, but SUPER HERO keeps Goku and Vegeta lightyears away, an errant ice cream bucket covering up a distress signal from Bulma. If the brain trust behind the Dragon Ball franchise are finally allowing this to happen, color me impressed. I have nothing against Goku, but his hero moments have grown stale. I’m much more interested in Piccolo having to rely on Goten and Trunks, or even Krillin. When reminded of his ability to grow to Godzilla proportions, Piccolo says, “Oh yeah, I forgot I could do that.” Those are the sort of callbacks this film runs on.

Overall, Dragon Ball Super: SUPER HERO won’t win any new converts, but at this point, who isn’t a Dragon Ball fan? In fact, knowing this is a Gohan and Piccolo story might bring some wayward fans back into the fold.