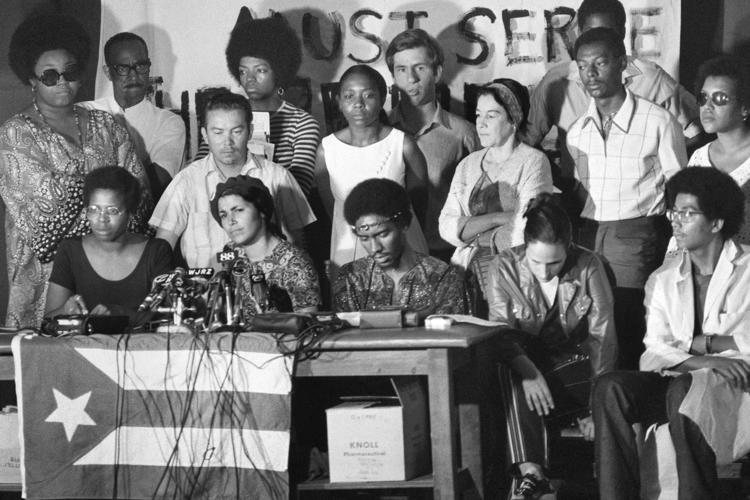 THE YOUNG LORDS OCCUPY THE LINCOLN HOSPITAL IN 1971

If there was an extension to a point demonstrated by Mia Donovan’s retrospective peering into the New York boroughs’ anti-drug movement Dope is Death, we can Google the question, “How was acupuncture introduced to America?” The first four results come from two health sciences colleges (one of which is a twenty-minute drive from the documentary’s epicentric Lincoln Hospital), one 2013 article from the journal Medical Acupuncture, and a for-profit business in Arizona.  All four pieces recount how a Times reporter, who was accompanying Henry Kissinger to China in 1971, underwent “acupuncture anesthesia” for an appendectomy, allowing him to be conscious for the whole procedure. Though he wasn’t present, President Nixon’s name is brought up, as if the titanic consequences of his administration somehow included Western holistic medicines under its shadow. It may be surprising to hear that Dr. Mutulu Shakur is not mentioned in any of these, not even where they relent to the old-man-cool “Tupac’s stepfather did acupuncture!” trivia fact like I just did.

In more apparent ways, Dope is Death is another item tacked onto the list of historically omitting POC’s efforts in upholding intergenerational health when federal interference has failed to. Donovan first acquaints us with the Black Panther Party and the Puerto Rican-led Young Lords, who funded their community initiatives into free lunch programs and day care centers, perhaps in part of an unspoken, larger lesson of how we can do our parts outside of the political realm in order to gain political vitality. But as Nixon’s War on Drugs demanded the purification of the streets, community members knew that they wanted more than methadone maintenance treatment, which was still regulated and dispensed by a government that will not think twice about criminalizing addiction. Thus began the pursuit of heralding 5-Points acupuncture method, a Chinese-based chemical-free treatment that requires five needles pierced within the outer ear to help overcome withdrawal symptoms, as the primary mode of detoxification.

A curation of interviews from current acupuncturists at Harlem’s Community Acupuncture Walk-in Clinic, former addicts, and living members of the Black Panthers and Young Lords along with the engagement of short clips featuring events like the “Normandy invasion” of Lincoln Hospital and President Nixon screaming at a off-camera woman, “I’m trying to tell you that I can’t do a damn thing if I don’t get elected!” Dope is Death vividly narrates the battle against the drug crisis in New York City with reliability and thorough research. The documentary fearlessly aligns the community’s grassroots level to the identities and actions that were considered blasphemous and illegal back then, which spotlights on the Maoists’ “barefoot doctors” and how Dr. Shakur was able to obtain a doctorate despite the odds and gray areas of legal licensure. The overall encouragement in pioneering different forms of community outreach is served with the same underhand of admonishment that we may have to put “radical” the next time we Google something else.

Free screening by ArtsEmerson @7PM on Thursday, November 19! Q&A with director Mia Donovan to follow.
Co-presented by The DocYard