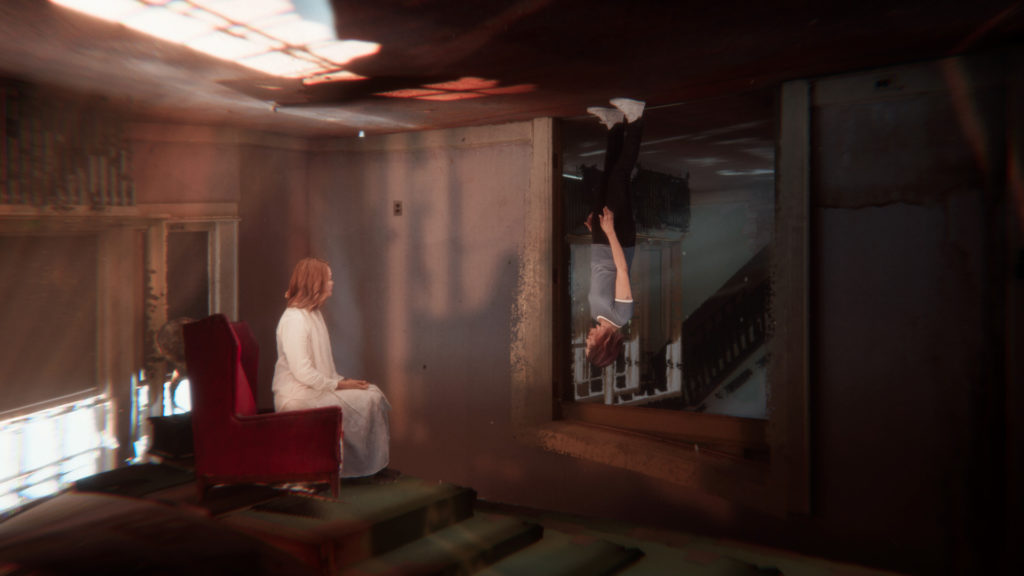 As I write this, the pandemic has entered what I call its “will they/won’t they” stage: with millions vaccinated, movie theaters and other venues have reopened their doors, but with millions more unvaccinated, COVID numbers have been pumping themselves back up at an alarming rate, making many hesitant to return to their old moviegoing ways. The numbers have been fascinating: people are going to the movies, but because their numbers are less robust, the real winners are smaller films. While mega-blockbusters like Black Widow and The Suicide Squad struggle to make back their gargantuan budgets, more modest original fare like Old and The Green Knight are turning tidy profits. While I wish the circumstances were better, the mind reels at what might happen if the studios take this dichotomy to heart.

On paper, then, the time would seem to be perfect for a new Neill Blomkamp film. Like Old’s M. Night Shyamalan, Blomkamp occupies a peculiar place in the current IP-saturated Hollywood climate: his debut feature, the inventive sci-fi Apartheid parable District 9, was a surprise smash and a Best Picture nominee, and while none of his subsequent films have been met with the same critical or commercial success, he has more or less enjoyed carte blanche to pursue his offbeat strain of genre thriller. I was excited to learn that Blomkamp had secretly shot a new horror movie in lockdown, and looked forward to what these constraints would inspire in such a cockeyed auteur. Unfortunately, the resulting film, Demonic, is frustratingly generic, with only flashes of the madness that makes the South African director’s work so compelling.

When Carly (Carly Pope) receives a call that her mother is in a coma, she’s hesitant to respond; the two have been estranged for more than 20 years following mother Angela’s incarceration for a shocking act of violence. However, Carly soon learns that the situation is a good deal stranger. Angela, it seems, is suffering from “locked-in syndrome”– she’s fully aware of her surroundings, but unable to move or respond. What’s more, the shadowy Therapol clinic, at which she currently resides, possesses advanced VR tech which will allow Carly to travel inside her mother’s subconscious and assess her wellbeing. At first, Carly uses the opportunity to tell her mother off once and for all, but she begins to have misgivings when Angela offers nothing but urgent warnings to get out; those fears prove justified when she finds herself pursued through Angela’s mind palace by a towering, skeletal, birdlike figure. Carly naturally decides not to continue with her mother’s treatment, but she is soon plagued by fits of sleepwalking and horrific dreams which blur into reality. Realizing something bad is on the horizon, Carly reunites with her childhood friends to free her mother and put this evil to rest for good. 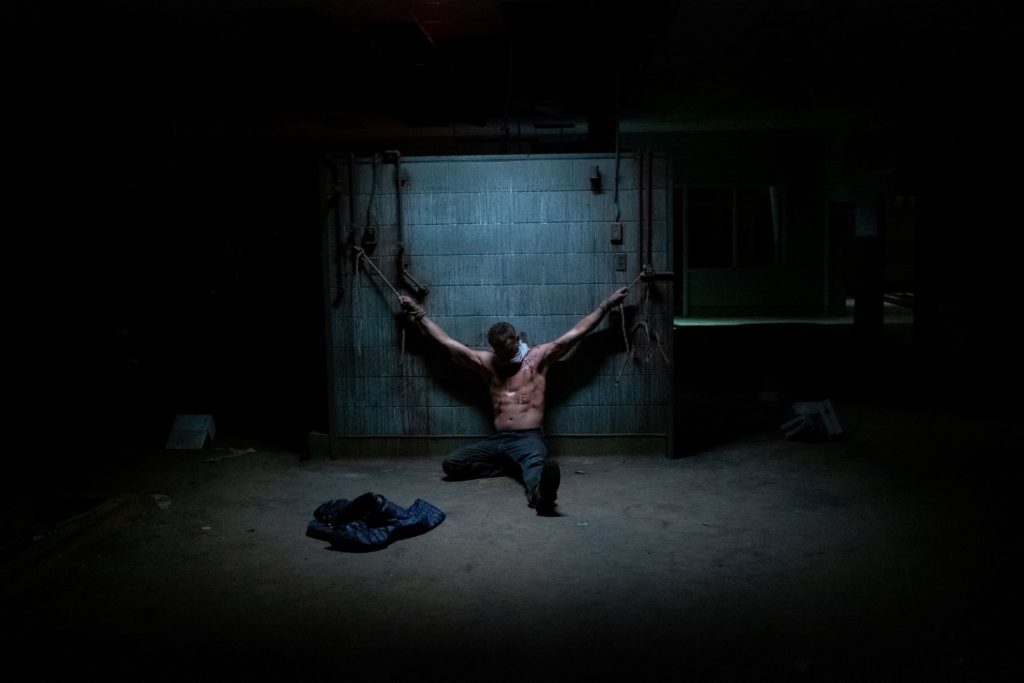 This may sound like a backhanded compliment– and maybe it is a little bit– but I think what works best about Demonic is its janky CGI. When Carly descends into her mother’s brain, the effect is convincingly rough around the edges: the pixels around her avatar flicker and trail (you can often see her face through the back of her head), and walls awkwardly render as she enters a room. In other words, this doesn’t feel like a slick, VFX-house conception of virtual reality, but rather what such a technology would probably look like if it actually exists. The effect is pleasingly unpleasant, like an old CD-ROM game that didn’t quite complete its beta test. By looking nothing like conventional Hollywood effects, one gets the queasy sense that we’re off the map, and that anything can happen.

Unfortunately, this jankiness extends to the real world as well, and the effect is far less flattering. The characters are thinly sketched, and with personality traits imposed rather than baked in. We are informed that one character is a conspiracy theorist, and we see his “workshop” filled with newspaper clippings and surveillance equipment, but otherwise he just seems like an average dude. What’s worse, there’s no visual panache to the non-horror scenes; the Therapol offices look like b-roll footage from a pharmaceutical commercial, and the characters’ houses resemble the generic rental properties that pop up in low-rent family movies and softcore porn. Most damningly, none of this artifice feels intentional, as it might in the films of M. Night Shyamalan; rather, it seems as though Blomkamp decided to sprint through production for the sake of simply completing a movie during quarantine.

This is especially disappointing, as one of Blomkamp’s great strengths ordinarily is his guileless invention in worldbuilding. The alien ghetto of District 9 is so fully-realized that the film’s found-footage conceit feels entirely earned– if it weren’t for the enormous CGI insects, one might mistake it for an actual documentary– and I’m even more fond than most of Chappie, one of the most genuinely aberrant science fiction spectacles to come out of the studio system in the past decade. There is a wildness to Blomkamp’s films made in South Africa, a sense of anything-goes craziness which feels almost dangerous in comparison to the homogenized, IP-driven pablum coming out of Hollywood. Perhaps it’s just that its posh California neighborhoods are less exotic than the slums of Johannesburg, but Demonic can’t help but feel somewhat domesticated. 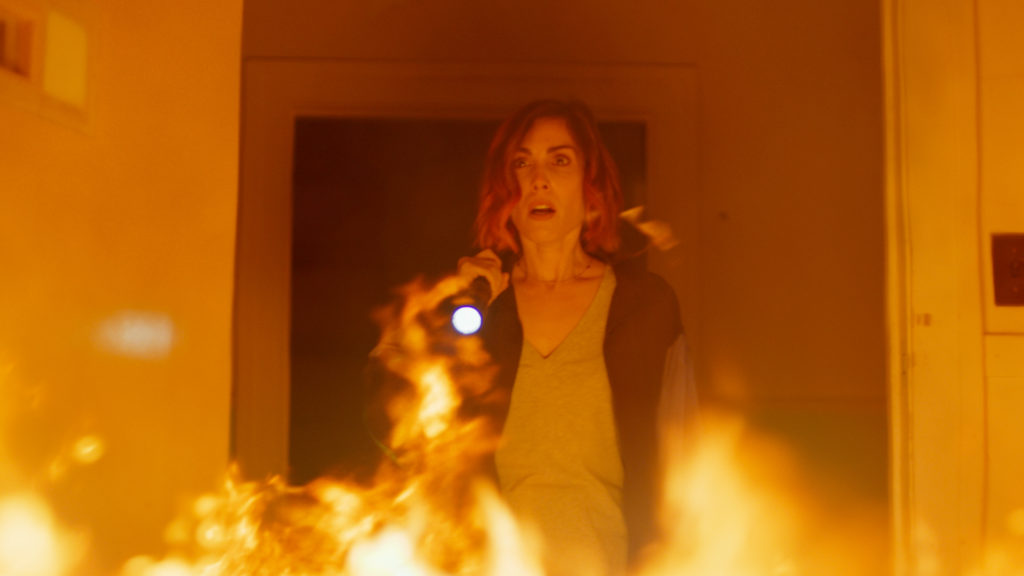 To be sure, there are flashes of that good Blomkamp weirdness which go beyond its digital dreamscape. The creature design of Angela’s sleep-demon is fantastic, a towering, practical creation which is genuinely impressive (in a subtle touch, the monster remains un-digitized even in the VR world). A dream sequence toward the end of the second act is effectively horrifying, with a kinetic energy I wish was more present throughout the rest of the film. Most intriguingly (and somewhat frustratingly), about halfway through the film Blomkamp introduces a subplot about a top-secret, Vatican-funded squadron of black-ops exorcists who travel the world seeking out demons to lure from their human hosts and vanquish. This is the sort of insanity I’m looking for when I go to see a new Neill Blomkamp film. If I were writing a screenplay and had this idea halfway through, I would rip up everything and start again, because that’s your movie right there.

Sadly, these moments only come in fits and starts between long stretches of by-the-numbers expository dialogue and character beats. None of the actors have the unpredictable intensity of Blomkamp’s regular leading man Sharlto Copley, and the vision on display bears only traces of the director’s ingenuity. I still like Blomkamp, and look forward to his future films (including the long-awaited District 10), but Demonic comes off as a half-baked misstep. Hopefully time will prove it to be an anomaly in his career, and Blomkamp will return to being the craziest blockbuster filmmaker in the room.