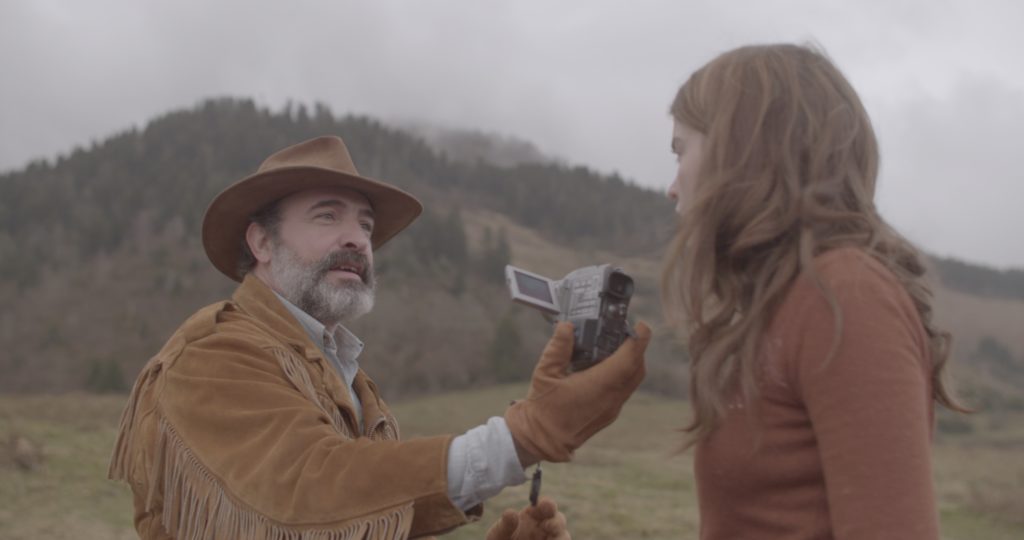 Meant to premiere at the now-postponed Boston Underground Film Festival, Deerskin is a bizarre French comedy about one man and the jacket that seems to hold an extreme power over his mind. It would have been a perfect fit for BUFF, as its wacky spirit and absurd special effects represent the best the festival offers every year.

Academy Award-winner Jean Dujardin stars as Georges, a man who comes to possess a 100% deerskin jacket in a small French town. There he pretends to be a powerful film executive creating a new movie in the area, befriending a bartender played by Portrait of a Lady on Fire’s Adèle Haenel. I’m reluctant to explain the plot beyond that, but just know that the director Quentin Dupieux also directed the killer tire movie Rubber so… you can imagine things go a bit nuts.

A breezy 77 minutes, Deerskin wastes no time getting the plot moving. The story is simple but outlandish. Dujardin plays Georges as a quiet loner, while Haenel’s bartender is excited to just be a part of something and jumps at the chance to help George’s strange compulsion. Deerskin feels like the plot of a short film expanded to feature length, but just barely. It does not overstay its welcome or overcomplicate things, and is frequently hilarious. Deerskin, like the best BUFF offerings, is a film that immediately feels like a midnight viewing classic.

You can rent Deerskin starting Friday at the Brattle and Coolidge virtual screening rooms. Proceeds support these vital theaters during this difficult time!