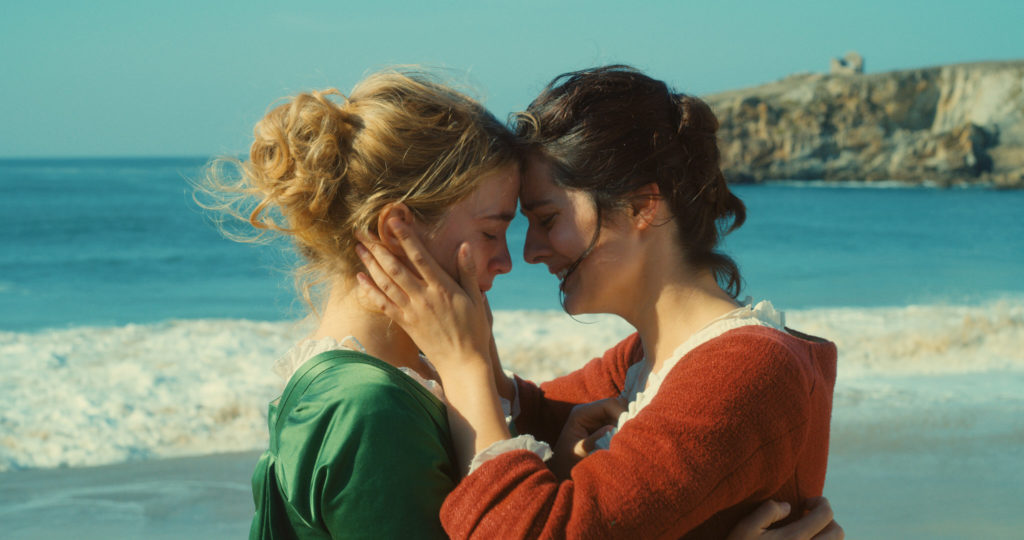 Portrait of a Lady on Fire washes over you like an unstoppable wave. Like our lead characters, we are powerless under the film’s spell. It is an expertly crafted work that earns the endless praise heaped upon it since its Cannes premiere. This is an experience that cannot be missed.

Céline Sciamma’s fourth feature tells the story of a painter (Noémie Merlant) in eighteenth-century France who travels to an island to paint the wedding portrait of a young noblewoman (Adèle Haenel). However, she must not let the woman know she is a painter, as she refuses to sit for a portrait and wore out the last artist. Instead, Marianne will pretend to be her “walking companion,” study her face, and paint in secret. From there, we watch these two women learn about and slowly fall in love. It is the ultimate slow burn romance.

The cinematography by Claire Mathon is unbelievable – the ocean has never looked THIS blue. Sciamma and Mathon create a hidden world of love these women will share forever, even though society keeps them apart. The film, though melancholy, is never truly despairing – though we know this relationship must remain secret, Marianne and Héloïse draw strength from that knowledge. They share something that no one else will have, and they can carry that with them into the future.

I can’t say enough good things about the film. Run like Héloïse to the theater to see it. As Director Bong said at the Golden Globes, if you get over the one-inch barrier of subtitles, you will open yourself to an entirely new world of film. Portrait is a perfect example.

Tags: celine sciamma, portrait of a lady on fire