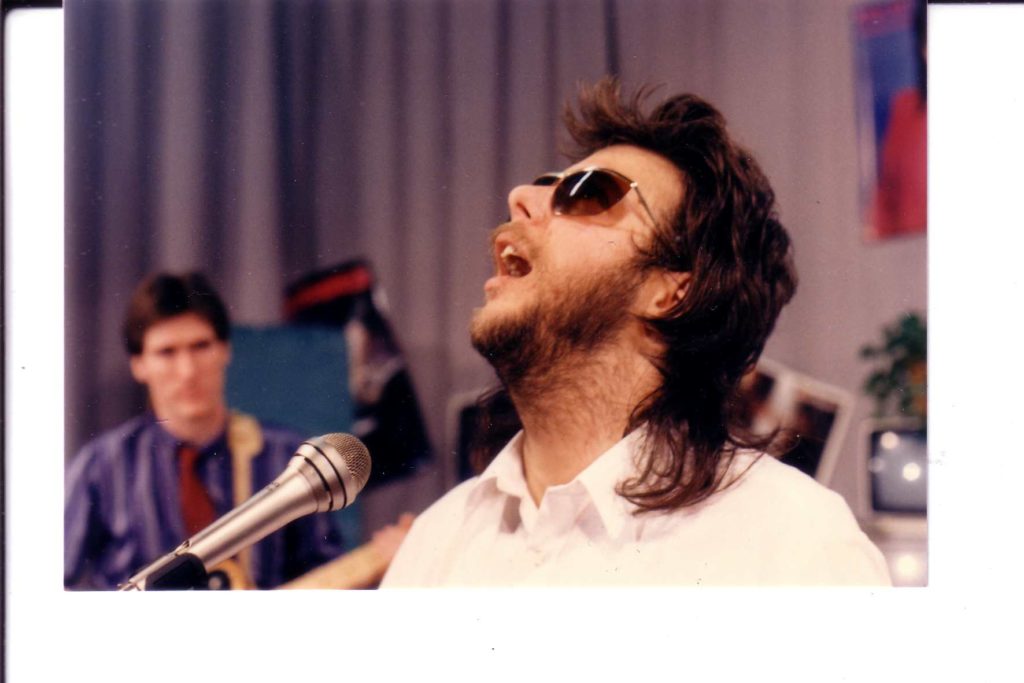 Outsider music has been very important in my life. The nebulously defined subgenre– broadly speaking, music made by individuals without formal training or self-consciousness, often with disorienting results– has long been catnip for record collectors, scouring dusty record bins for unheard private press albums that could hold the next Hasil Adkins or Shaggs. As a teenager, I fell down this particular rabbit hole via Irwin Chusid’s seminal text Songs in the Key of Z, making my mix discs exponentially more challenging (read: annoying) and serving as my personal bridge from Dr. Demento-style dorkiness to the “cooler” realms of punk, experimental, and similarly underground sounds. I’m not saying that listening to Shooby Taylor the Human Horn led directly to me becoming the movie editor for a punk rock webzine, but it certainly didn’t hurt, you know?

The great thing about outsider music is that there is so much of it— there will never be a shortage of small-town oddballs with rock star dreams– and that each new discovery sounds nothing like the last. Case in point: Butch Willis, the subject of Amateur on Plastic, the new documentary by Teen-Beat/Unrest mastermind Mark Robinson. I had somehow never encountered Mr. Willis’ music in my travels, and now that it’s in my system, I need to find more.

First creeping onto the DC scene in the mid-1980s, Butch Willis cut an unforgettable figure– mullet, disco duds, smoked aviator shades obscuring a lazy eye, and lyrics about aliens, drugs, and kitty cats bark-sung through a thick Baltimore accent (imagine Bruce Springsteen as a character in a John Waters film). His idiosyncrasies were underscored by his backing band, the Rocks, whose angular riffs and chaotic energy occasionally sound like a damaged, Bizarro-Universe B-52s by way of the Modern Lovers (this description doesn’t even take into account “throat-guitarist” Al Breon, who must be seen to be believed). The Rocks dissolved in the early ‘90s, but Butch sallied forth as a solo artist, rendering his songs as a cappella rants in the vein of John Cooper Clarke. While conventional stardom eluded Willis (now retired), his name-check capital increased throughout the alt-rock ‘90s thanks in no small part to Robinson, whose Teen-Beat Records gave the artist a home and a brand new audience.

In case it’s not clear from the above description (or our interview earlier this week), Robinson’s interest in Willis is more than academic. As such, he eschews the conventional talking-head narrative formula which has become the standard for this strain of rock-doc (see: The Devil and Daniel Johnston, Jandek on Corwood) in favor of something more kaleidoscopic and impressionistic. The only real “talking head” material comes in the form of interviews with Willis himself, clearly shot over a long period of time and presented non-sequentially, as he ruminates on his life and career. As one can likely imagine, Willis is quite a character, and his ramblings range from his previous lives as a construction worker and jockey (and the scars he bears from both), to his time spent rooming with fellow rock & roll eccentric Rootboy Slim (who is himself probably overdue for the documentary treatment), to his taste in clothes and women. He’s not always the easiest guy to follow, but you’ll hang on his every word anyway.

The rest of the film consists of archival footage, including vintage interviews on public access TV, footage of Butch being toasted at the annual Teen-Beat holiday dinner (where he can be seen rubbing elbows with the likes of Ian MacKaye and Ted Leo, along with visibly confused waitstaff), and, of course, performance footage from throughout Butch’s career. Between the grainy optics of the aging VHS and the… unconventional nature of Willis’ performances, these clips appear to be beamed in from an alternate dimension, in which this is just what music is like. This feeling is amplified by the film’s context-free construction, and by the fact that, in all of these clips, Butch is surrounded by friends, fans, and interviewers who accept and enjoy his music. Butch Willis never made the hit parade, but in his own little world, from his early 9:30 Club performances to his slam-like recitations for Teen-Beat, Butch’s music was loved.

And honestly? It’s pretty great. Like much outsider music, it takes a little getting used to, but once you get past such obviously outre offerings like “I’m a Kitty Cat,” you’ll find more raw feeling than any number of “conventional” singer-songwriters. “Wendy Maine,” for example, is as moving in its honesty as anything by Daniel Johnston, and “Drugs” sounds like, if not Johnny Thunders, then perhaps something a character in a Johnny Thunders song might record. Like a recommendation from your favorite record store clerk, Amateur on Plastic serves as a mesmerizing primer for a new musical obsession. I’ll just leave this Discogs link right here– once you see the film, you’ll probably need it.