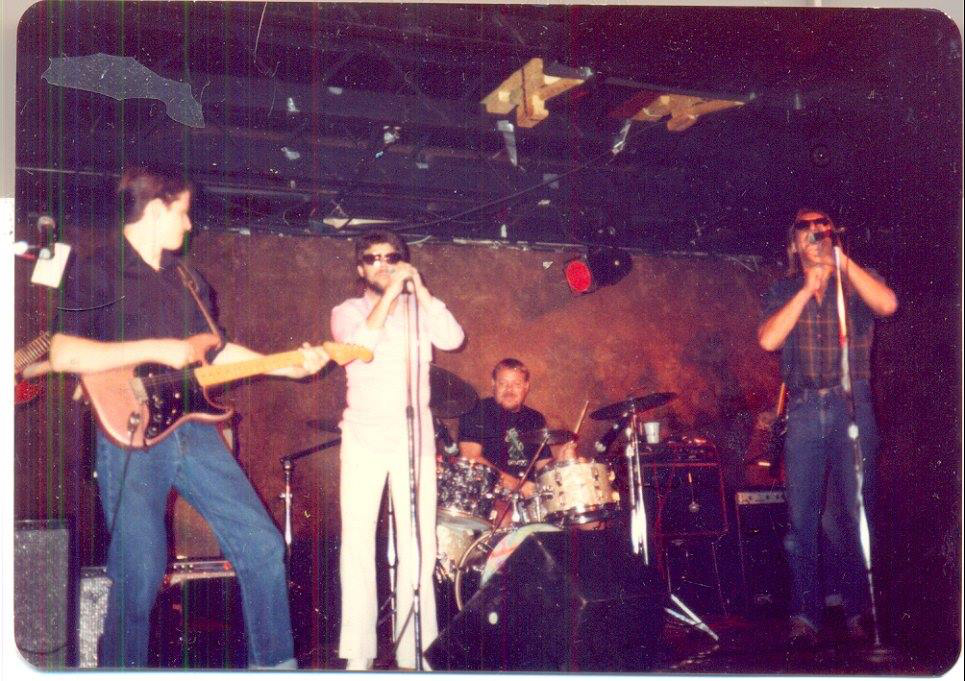 The music of DC legend Butch Willis is a bit difficult to explain. Bar rock from another dimension? Haunted street poetry filtered through a cracked public access TV lens? The long-lost child of Daniel Johnston and Bob Seger, raised in a basement by John Waters? The short answer is to listen to the music, but like so many outsider music causes célèbres, this can raise more questions than it answers. Enter Unrest guitarist turned first-time filmmaker Mark Robinson, whose Teen Beat Records has been Butch’s home since the ‘90s, and who has spent the past decade crafting a feature-length documentary around the mercurial artist. That film Amateur on Plastic, makes its local debut Thursday, 12/5, at the Somerville Theatre Microcinema. In advance of the screening, we spoke to Mark about Butch’s storied career, the challenges of making a documentary with no previous filmmaking experience, and the ideal jumping-on point for newly minted obsessives.

Boston Hassle: How did you first discover Butch Willis’ music?

Mark Robinson: When I was in high school in the Washington, DC area I was going to a lot of hardcore punk shows– Minor Threat, Government Issue, Marginal Man, Scream, etc. There were always four or five bands on a bill, and a very healthy local scene with scores of bands. One band that really stuck out to me was called No Trend. They were a bit “post-punk” and had a sound not dissimilar to Public Image Ltd’s Second Edition album, which I loved. I went to pretty much every local show they played. I went to one show where Lydia Lunch was going to be performing with them. I got there early and saw the opening band.

That band was Butch Willis and the Rocks. My high school brain could not comprehend what was going on on stage. Butch’s lyrics and stage presence were mesmerizing. The “throat guitar” of Al Breon added yet another layer of confusion and excitement. I enrolled at the University of Maryland shortly after that, and his Forthcomings album was released during my freshman year. His album was so odd and oddly popular that it went to number one on our playlist. He also appeared live at the station.

BH: How did this project come about?

MR: I met Butch personally a couple of years later at a house party that he and his band were playing. I must have been a little drunk because I walked right on stage and started dueting with him on his song “The Garden’s Outside.” After that I encouraged him to join my Teen-Beat record label. He accepted.

Despite his popularity at my college radio station, he never really found a significant audience, and was always near the bottom of our label sales. It has always puzzled me that music this great wasn’t more popular. In 2006 I had the idea to make a film to bring the message to the masses. I started filming the interviews in June of 2007. After that I realized that I had no clue how to make a movie, and the task seemed pretty daunting. A few years later I passed the project on to real filmmakers Todd Rohall and Paul Lovelace. In the end, they didn’t really have time to do it, so I started working on the film again in early 2017. I had buffed up on my editing skills in the intervening years shooting a series of short films called STO, so I was now ready to complete the film. The final cut was completed in September of 2019.

BH: How many hours of footage did you shoot?

MR: I shot tons of interview footage. Probably 40 hours or so– 10 hours of Butch, plus lot of other footage with his band members and managers.  I also shot some footage of Butch’s childhood house and neighborhood and high school. When I was finally editing the film in 2018, it was starting to look like every other documentary with talking heads, so I decided to use only the interview footage of Butch. He tells his story in his own words. I made an 8-minute intro film which is made up of only interview footage.

The film also has lots of old concert footage and interviews, a lot of it shot by Jeff Mentges (No Trend) and ex-manager Jeff Krulik (Heavy Metal Parking Lot). Even though Butch Willis & The Rocks only played a small handful of shows, there thankfully is quite a bit of footage, considering.

BH: Has Butch seen the film?

MR: Butch has not seen the film yet. I hope to show it to him, but he always reminds me that he has “retired from the music business” and has so far declined invitations to screenings.

BH: For someone looking to get into Butch Willis’ music, where would you recommend starting?

MR: You could start with his first album, Of, which he recorded with studio musicians, but his classic album is his second, called Forthcomings (Both albums are available packaged together as Repeats on Teen Beat! –ed.). That was recorded by No Trend singer Jeff Mentges with his regular band, The Rocks. It’s incredible from beginning to end. His Of 2 album is also pretty amazing. Just Butch and an acoustic guitar. That one is paired with his Superstitious Mummies album on CD.