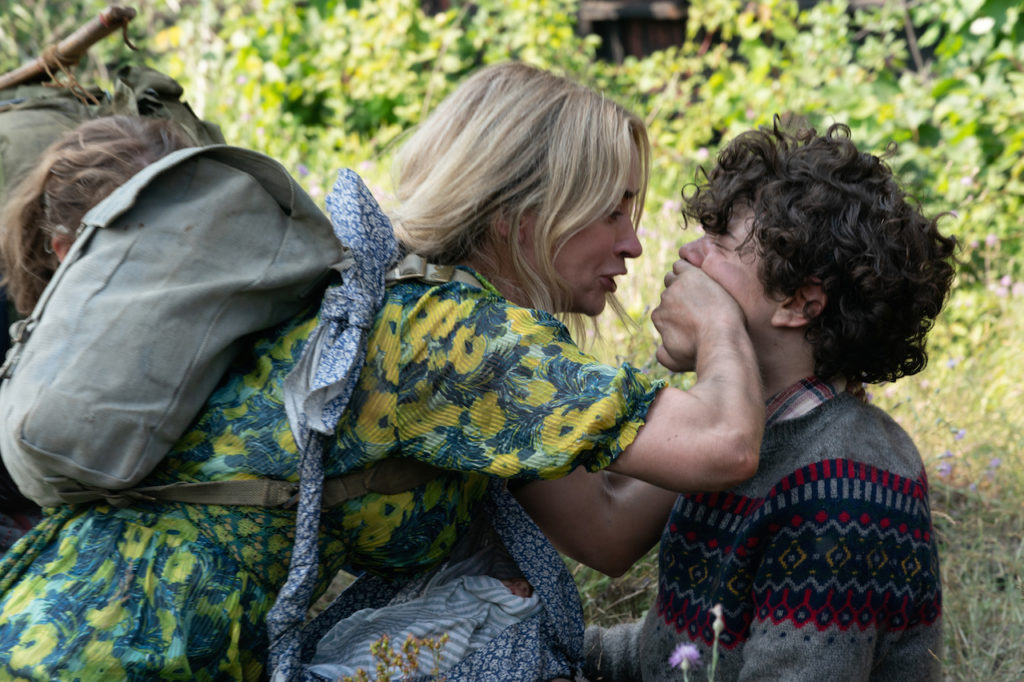 EDITOR’S NOTE: At press time, the following film is playing exclusively in theaters. Before deciding to attend a movie (or any other indoor gathering with strangers), please take into account all potential risk factors, including your vaccination status, the safety of those around you, and your own personal comfort level. Be safe out there.

It might not have been the film I was most excited for in 2020, but A Quiet Place Part II has loomed large in my mind this past year for the simple reason that I very nearly saw it. The horror sequel was originally set to be released on March 20, 2020, and I had RSVP’d for a press screening on the 16th. That screening, of course, never took place. Other cancellations hurt more (the Boston Underground Film Festival was scheduled to commence the following week), but that lost screening continued to haunt me; the film’s release was delayed so abruptly that one could see snack foods promoting it for months to follow. Now, as we finally lurch back to normalcy, A Quiet Place Part II is finally hitting theaters, and I can finally close that particular parenthesis.

So just how is it to see this post-apocalyptic horror movie about a family holed up in a tiny homestead against unseen terrors after a year of quarantine? It hits differently, I’ll give it that.

Following an extended flashback to the day Earth was invaded by super-hearing creepy-crawlies (allowing a brief return for director John Krasinski as patriarch Lee Abbott), A Quiet Place Part II begins precisely where its predecessor left off, with the Abbott family– stoic mother Evelyn (Emily Blunt), deaf teenage daughter Regan (Millicent Simmonds), young son Marcus (Noah Jupe), and an as-yet-unnamed baby– pulling up stakes and departing the remains of their farmstead. The family finds refuge in an abandoned steel mill with onetime neighbor Emmett (Cillian Murphy), and quickly discovers a ray of hope: a radio station playing a loop of actual music. Reasoning that they can use these airwaves to amplify and broadcast their newfound auditory secret weapon,* Regan sets out on foot to find the source. Of course, there are still bloodthirsty monsters roaming the land, and even a task as simple as walking into town for medicine and supplies can be fraught with peril (sound familiar?).

When A Quiet Place was released in 2018 it was widely hailed as a new horror classic, yet I never quite found myself going gaga for it. At the time, I mostly chalked this up to timing; had it come out in the horror drought of the early 2000s (like the similarly apocalyptic 28 Days Later) I may have fallen hard for it, but coming as it did a year after Get Out and a month before Hereditary, I found it somewhat slight. One thing I did admire greatly about it was its audacity: a major studio thriller with exactly one scene of spoken dialog, its characters communicating entirely via American Sign Language, facial expressions, and pantomime. Disappointingly, the sequel flinches a bit in this regard. Simply put, this time around the characters find too many quiet places– soundproof rooms and isolated locales in which the characters are free to speak in hushed tones. The result strips the movie of some of its character; by doubling down on world-building while backing off on aesthetic choices, it begins to resemble just another monster movie. 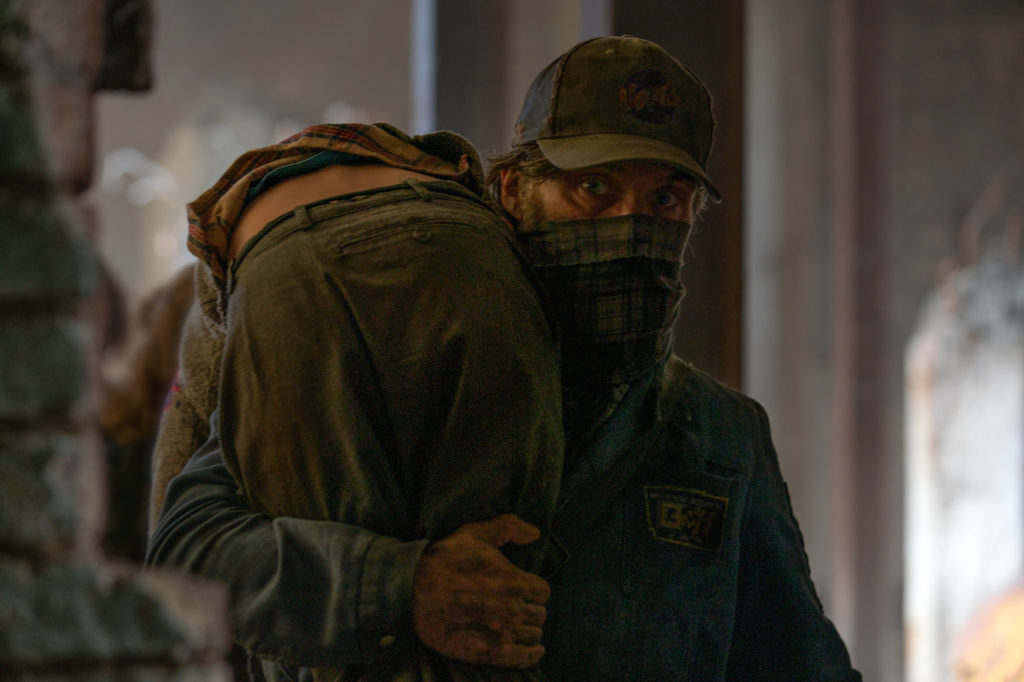 This emphasis on story over style, however, helped me shed some light on why the original never quite clicked for me. Like TV’s immensely popular The Walking Dead, A Quiet Place and its sequel play into a strain of contemporary horror which could uncharitably be deemed “prepper porn.” In these stories, a group of (usually working class) Americans are forced to fend for themselves against unstoppable hordes of invaders, living off the land and protecting their family (biological or found) through grit and goodness.This genre of storytelling is, of course, closely tied to the “doomsday prepper” phenomenon which has risen progressively since at least the Y2K scare– dads of means spending thousands of dollars on bunkers, artillery, and canned goods to protect their families, “just in case.” Like the phenomenon itself, these stories skew implicitly conservative, rooted in unsentimental violence and true-grit family values. Their protagonists, such as A Quiet Place’s Lee Abbott and The Walking Dead’s Rick Grimes, are bearded, salt-of-the-earth man’s-men (this role, as well as his turn as Tom Clancy superspy Jack Ryan, mark a curious career trajectory for Office breakout Krasinski; it’s as if ‘70s Bob Newhart had suddenly decided to be Clint Eastwood). Think of it as Red-State Elevated Horror.

This genre of fiction takes on a curious undertone in the wake of the coronavirus pandemic. One would think that such an unimaginable global catastrophe would have given the doomsday preppers a moment to shine; who could be better prepared to batten down the hatches and do some hardcore living-through-it? Yet, curiously, most of these weekend Mad Maxes and backyard Daryl Dixons have been largely disinterested in following the clearly dictated rules of survival. Perhaps the problem lies in their choices in news and social media, which have featured regular pronouncements from a syphilitic, soft-palmed gameshow host with a golden toilet that mask-wearing and social distancing are somehow “unmanly.” Or maybe it’s just that this particular apocalypse bears little resemblance to A Quiet Place. They expected to forage for food and fend off armed marauders; they did not expect to have to rub sanitizer on their hands when entering the grocery store for the benefit of immunocompromised strangers. It’s an irony worthy of O. Henry: the world’s biggest assholes have spent decades preparing for the apocalypse, only to be confronted with an apocalypse that can only be averted by not being an asshole. 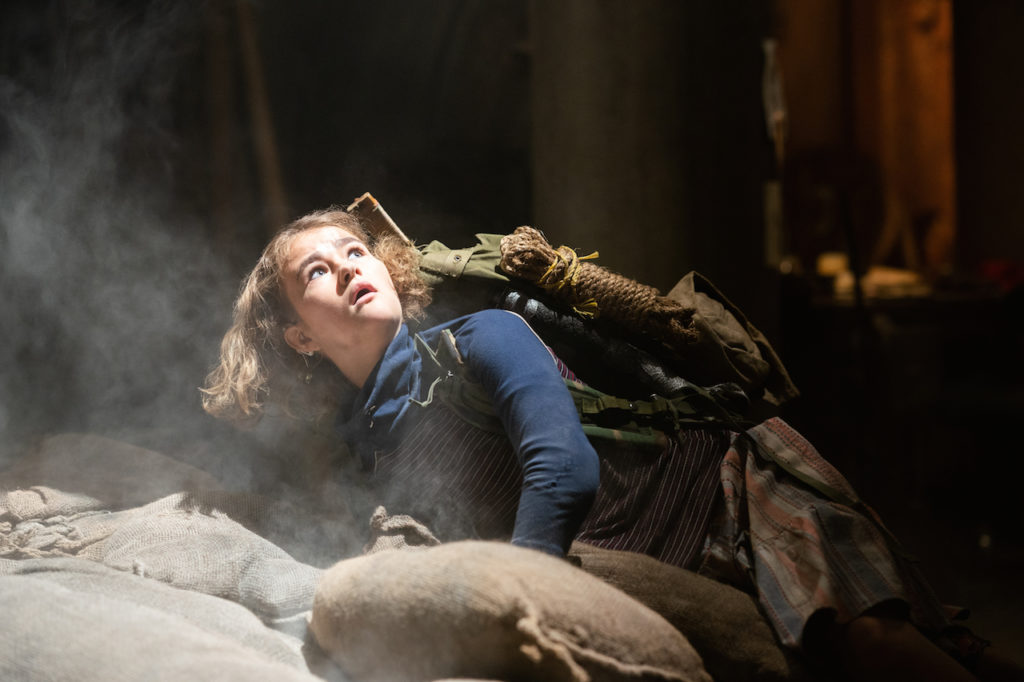 Of course, none of this is A Quiet Place Part II’s fault, and it does feel a little unfair to take these truths out on it. Taken on its own terms, it’s an effective little thriller. Murphy is great as always, and Simmonds’ performance across both films is genuinely something special. The scares are expertly staged, with sound design and deep-focus cinematography orchestrated to keep you constantly on your toes (although those averse to loud shock noises should know by now that either of these films could easily be titled Jump Scare: The Motion Picture). And yet, during the opening flashback, all I could think of was how these downhome good-old-folks– the old timer watching cable news at the general store, the tattooed dads watching their kids’ little league game– would likely be out there denying the monsters’ existence and defiantly wearing cowbells to own the libs.

Is some of this projection on my part? Sure, probably. But any critic who claims to present an “objective” viewpoint is a liar. Our opinions are shaped by our own lived experience, and the experience I’ve just lived through was shared by the majority of the planet. Stories like A Quiet Place are based on the premise that, in the dissolution of society, the survivors would return to a sort of neo-feudal pioneer existence. Instead, the reality has skewed closer to the zombie films of George A. Romero, which feature small-minded protagonists doing their damnedest to reassert the status quo amidst the wreckage of civilization. Time will tell whether audiences respond to A Quiet Place Part II as strongly as they did the original, but after fifteen months of terrifying mundanity I simply couldn’t vibe with it. I’ll go along with skittering, big-eared tooth monsters, but old-fashioned American ingenuity? That feels a little far-fetched at the moment.

* – You may recognize this as the exact plan which takes down the aliens at the end of Mars Attacks!, give or take a Slim Whitman record.

Opens in theaters Friday, 5/28 (the Hassle recommends the Capitol, which reopens this weekend!)