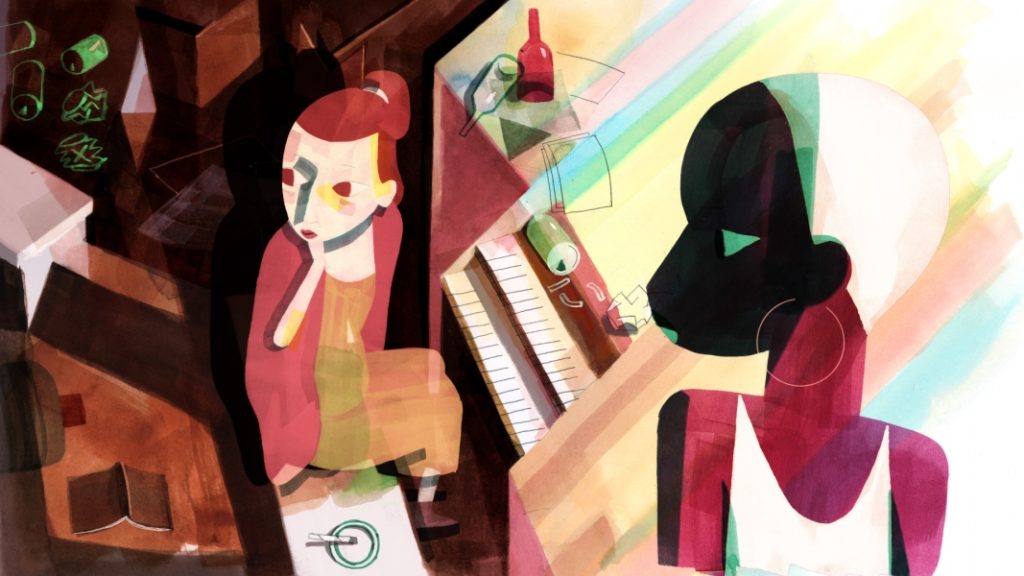 It’s about that time again. The 93rd Academy Awards is scheduled at the end of April, so there is plenty of time to get cracking on the same ten movies that have been nominated across the board. However, for the little guys and their smaller categories, their chances of winning is more within their grasp than it is for the Academy to find out who the main character was in Judas and the Black Messiah. Starting Friday, April 2, the Coolidge Corner Theatre will have all nominated short films — animated, live action, and documentary — in their virtual screening program. Watching movies is fun, and betting during awards season is another kind where know-it-alls can get both immersed and wrecked. Let’s get on it and argue!

If you told me to guess, I would have thought that Disney dominated the Best Animated Short Films category for the past decade. Honestly, their shorts are so consistent and succinct in emotional delivery and cuteness that they’re in this place where it’s like, “It sucks that they win so much, but they’re also pretty decent.” However, when I looked at the recent winners, they alternate between the Mouse and the oddballs that stylistically stand out from the crowd of bug-eyed, button-nosed Pixar characters. It’s pleasantly surprising, and taking the time to watch all of this year’s nominations would feel less like picking just the big name (though this still plays a huge part) and more about what I enjoyed for myself.

Last year’s winner, Matthew A. Cherry’s Hair Love, was a touching story about a Black father learning to style his daughter’s hair. I stumbled upon Hair Love after hearing about it on the Internet and looking it up myself, which speaks to the changing landscape of how short films are discussed and distributed. Netflix, who has a contender in many of the major categories (including all three shorts categories), certainly has that advantage, especially in the time of a stay-at-home pandemic where the vast viewing selection can be narrowed by ease of access and cost. The streaming service’s entry, If Anything Happens I Love You, is this year’s sob story, and with good reason: two grieving parents are forced to confront their loss of their daughter from a school shooting. This was the only short I’d already seen out of this year’s nominations in any of the categories, and I cried both times. Tears quota met!

SparkShorts, Pixar’s new-ish program that explores newer territories of art and storytelling, pushes Burrow as their representative. It is a good animated short that is decidedly Disney-standard, and that’s that on that. The other three contenders, which are from different countries, are remarkedly different with their own interesting charms, and I apologize that I’m lumping them together because it makes it seem like they don’t deserve their own nuggets, but more on that soon! Let’s take a look at this year’s nominations for Best Animated Short Films. 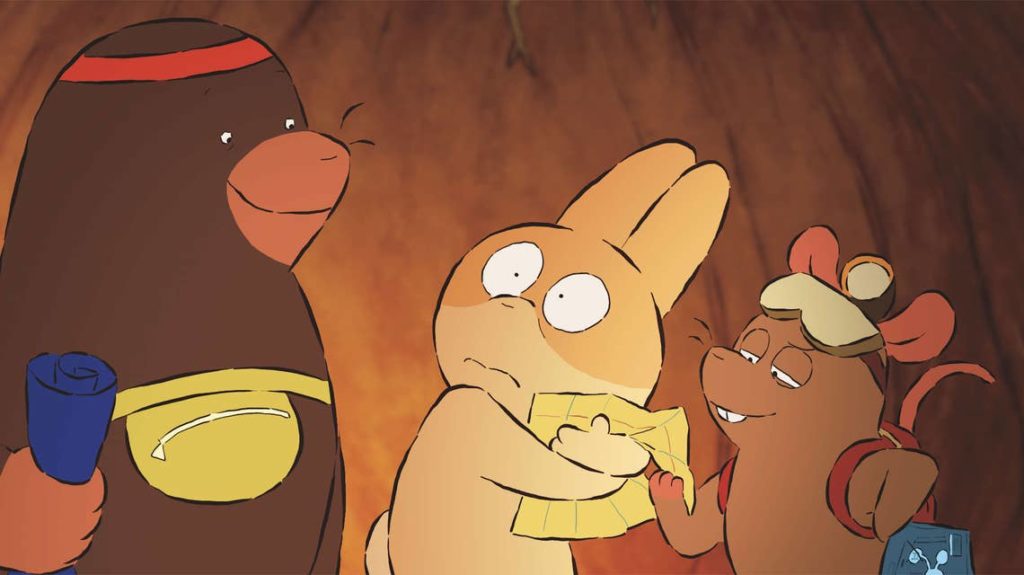 Though different in story, I found Burrow and If Anything Happens I Love You on the same playing field. I had an emotional connection to both stories, but in a larger analytical point, they felt like they can appeal to the general public without taking any risk. Even with If Anything Happens I Love You‘s jarring moment, in which we can hear gunshots and children screaming in succession, there isn’t a message that extends beyond the internal conflict of the parents, which is as fulfilling as a Hallmark card. All the same time, if we were to pick on names and viewing countability alone, I wouldn’t be surprised if these two also happen to be the frontrunners.

Yes-People, a piece from Icelandic director Gísli Darri Halldórsson under its Native title Já–Fólkið, is an in-between. Over the course of a day, we see how residents of the same apartment building go about the mundanity of life. Though there is speaking involved, the distinguishing verbal carrier is “Já”, which is pronounced like “yao” and can be elongated like a cat’s meow or as a curt form of ambiguous agreeing. This was an ordeal of the I Heart Huckabees standard, which is funny because I don’t even think I Heart Huckabees is a standard for I Heart Huckabees. And yet. Nothing actually happens in the short, which feels so narrative-normative to say, but in this case, it’s detrimental to the characters that seem likable despite the European grays and the disappointment.

On the other hand, Erick Oh’s planar storytelling in Opera might be the most unique. It seems like a weird and very poor comparison given its actual intensity in detail, but the short reminded me of the Xiaoxiao videos where, in the golden age of flash animation, these fluid fight scenes between stick figures managed to be captivating and cause cognitive dissonance. Opera exhibits the same smooth motions within sections of a Renaissance-type pyramid that showcases the hierarchy of society, starting from the sparse elite top to the crowded bottoms of the labor force. The short film is actually a slow pan shot of this pyramid, but if you look closely, there are changes that are happening within the kitchen, church, bar, and others to create a small but momentous force that affects the rest of the pyramid. There’s so much going on that you’d have to watch it at least three times to consume at least a third of what’s happening. Because it’s so expressively divisive, I’d be curious to see how it falls into favor with Academy members. 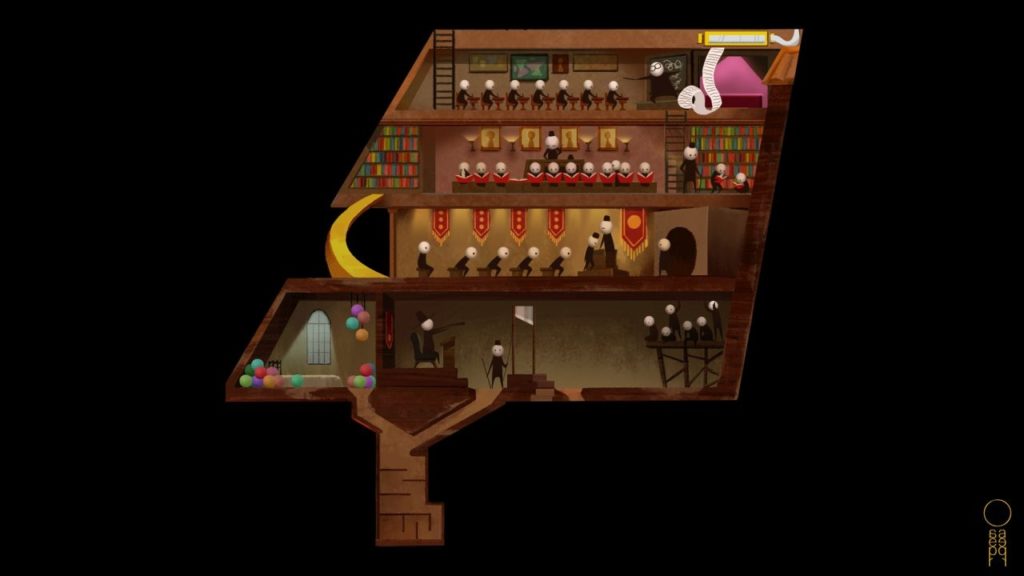 OPERA (2020) DIRECTED BY ERICK OH. SOUTH KOREA, 8 MINS. KEEP IN MIND THAT THIS IS PROBABLY A QUARTER OF THE ENTIRE FRAME.

All that being said, Genius Loci is my favorite out of the five, and I’d have to catch myself between saying that it’s the best out of the five or that it’s just my personal preference. This piece is indescribable with intention, yet so well-contained in its short format. Reine is a young woman who seems confined within her own thoughts but the film’s movements say otherwise, even in the outlines of stationary objects. She confronts the lively creatures in night and finds herself at odds with breaths and words. I truly mean it when I say that every frame is a work of art and could stand as pieces of a museum exhibition. Picasso in watercolors, geometric abstractions without boundaries, Matisse in inversion — Genius Loci is an explosion in entropy and a testament to storytelling without wasting a single second.

WHAT SHOULD WIN: Genius Loci

WHAT WILL WIN: If Anything Happens I Love You

I mentioned earlier that the Best Animated Short Film category may favor those who aren’t exactly the biggest names, so if I’m raving so much about Genius Loci, what the heck gives? Well, it’s still the Oscars, and I’m betting that people are willing to put their votes down on something that sounds more familiar, and if it’s not going to be Netflix’s first win, then it’ll be the Mouse again. I can’t even imagine a surprise win for this category, that’s how predictable it feels.

Available to watch digitally via the Coolidge Corner Theatre Virtual Screening Room, and in person at Kendall Square Cinema (though, as always, please be careful)