WHAT’S THE DEAL WITH THE NEW RECORD STORE IN BROOKLINE? 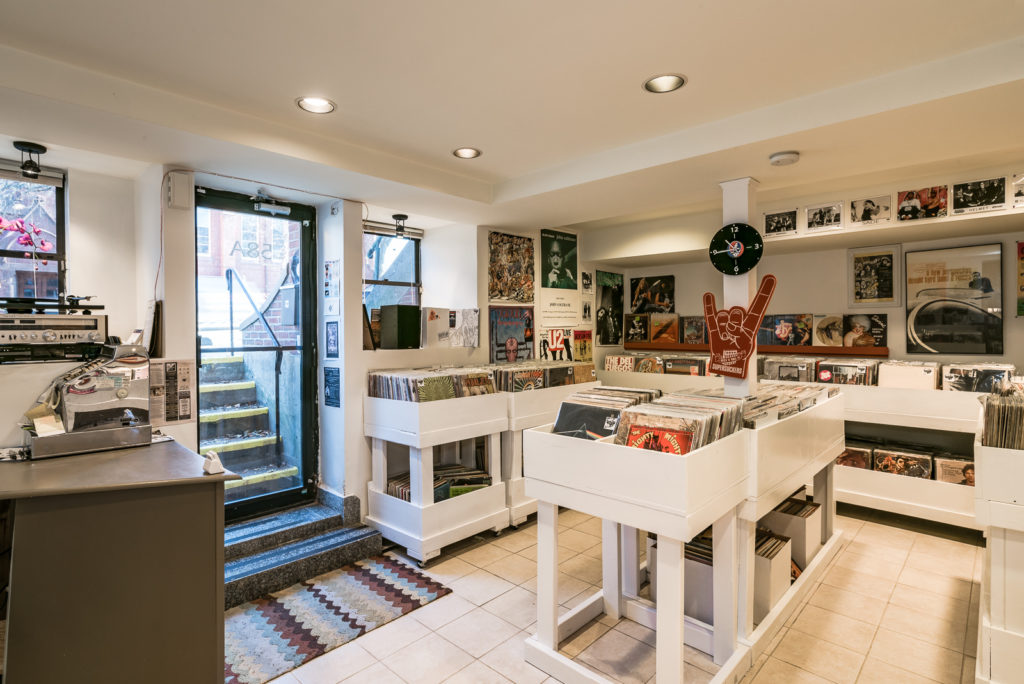 I caught up with Jonathan Sandler, owner of Village Vinyl and Hi-Fi, to hear his thoughts on opening his own place. INTERVIEW BELOW. Jonathan’s been around for quite a while and gave me a bit of Boston record store history here. Village Vinyl opened at 58A Harvard St. in Brookline Village less than two months ago, a result of his lifetime love of music and collecting, and more recently, his obsession with vintage hi-fi stereo equipment. There’s a whole lot going on in this little space, but anyone who’s been knows that it’s more than worth the trip. Rows of LPs line the walls underneath original Metallica, Prong, and Voivod posters from his younger days. You might hear some buzzing from one of the back rooms, from a tech repairing and/or restoring a vintage Phase Linear or Pioneer amplifier. You can peruse the other back room, and immediately be surrounded by the literal dozens upon dozens of vintage turntables, amps, and speakers. You might walk into the store and think you’ll only spend fifteen minutes there, only to walk out two hours later with a bunch of obscure 2000’s hardcore records, original Blue Note LPs, early 80’s speed and heavy metal comps lost to the ages, or some lightly used golden era NYC hip hop wax. Not to be missed by casual shoppers or even the most hardcore collector. Support your local record store! 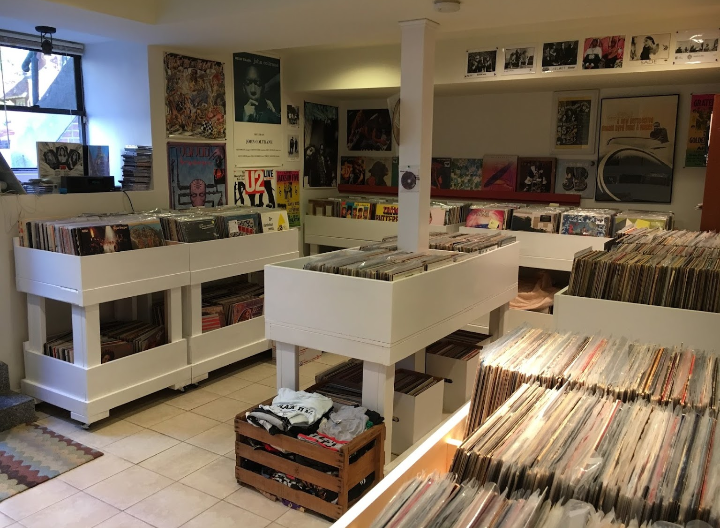 J: Growing up I was strictly a Maiden guy, but at this point I listen to far more Priest these days. Favorite LP: Stained Class.

P: I understand you used to work at Nuggets in Kenmore in the 90’s?

J: Yes, in the early 1990’s. I worked there for a couple years and then “graduated” to the Coolidge Corner location, which has been gone for over 20 years. It was a fun job and to say that I broadened my musical horizons there would be an understatement. Nuggets was the premiere used record store back then. Tower Records employees would trade in their promos and most local bands had their stuff on consignment. Records, CDs and cassettes were all selling like crazy back then and the stacks at Nuggets were usually full of great stuff.

P: So you’re the lone record shop in Brookline then?

J: Indeed. Flipside, which was the most recent store prior to us, has been gone for over 15 years. That was a cool little shop. I met my wife there!

P: Why do you carry so much hi-fi equipment instead of just vinyl?

J: The hi-fi equipment is an obsession of mine. I’ve been collecting it like crazy over the last four to five years. It’s as integral to the listening experience as the hardcopy media that people are returning to with the resurgence of vinyl, cassettes and to a lesser extent CDs. To enjoy music properly, you need to have a decent sounding system. I love putting together budget systems for people. The inexpensive equipment from yesteryear sounds so much better than some of the more expensive gear out there today. Simply put, they were just built better with superior parts and higher quality components and circuitry. I work on repairs for customers and have technicians who do the same. It’s truly a labor of love. The hi-fi component of the store is as important to me as the record store component.

P: So you just opened your own record store, obviously. What led you to where you are right now?

J: I’ve worked in real estate sales for the last 20 years. It’s fun work and I like it, but I didn’t want to retire someday and regret not having done things in addition to real estate. Owning a record and hi-fi store is a natural for me because I have worked in both fields. No one opens a record store to get rich. This is very much a labor of love that I hope will be profitable enough to keep it going. My kids are not all that young anymore, so this just felt like the right time to do this. Plus I needed to get all of my stereo equipment out of the house!

P: Where do you see yourself and the shop in five years?

J: That’s a long time from now, so not really sure. I’d love to keep the shop open through then. Right now vinyl is hot and people are getting hip to the advantages of owning vintage audio equipment over the garbage available at Amazon and Best Buy, but we’ll have to see if that lasts. My shop is tiny but it’s affordable. A lot of customers have remarked that they actually like the smaller scale. I’d like to stay in the neighborhood where I live (I’m around the corner from the shop) if possible. Having a business partner in the future would probably be a wise move, but for now I’m happy being the sole proprietor, even though it means very little time off.

P: It isn’t easy being a small business owner, especially in a market like vinyl. What advice would you give to like-minded people who are considering taking the plunge into opening up their own shops and spaces that depend so much on niche marketing, and how well they’re curated?

J: Know your market and demographics. My hope in opening the shop was that it would become a destination for vinyl and stereo heads, which has happened thus far, but I would have been screwed if I was relying strictly on Brookline for business. Also, listen to advice from customers and people you trust. Never forget the essentials of customer service and don’t be too cool for school. Businesses that have a reputation for not catering to the customer properly rarely last long.

P: Thanks for your time Jonathan. Anything you’d like to add?

J: Just that I am enormously grateful for all of the support I’ve received in the 2 months since opening the store. It wasn’t until I opened that I realized how much of a need there was for a vinyl and hi-fi sales/service shop in my neighborhood. That is unbelievably gratifying. I also have an amazing group of people helping out at the shop who I’m extremely fortunate to have on my team. And thank YOU for the exposure. Hope to see you soon. 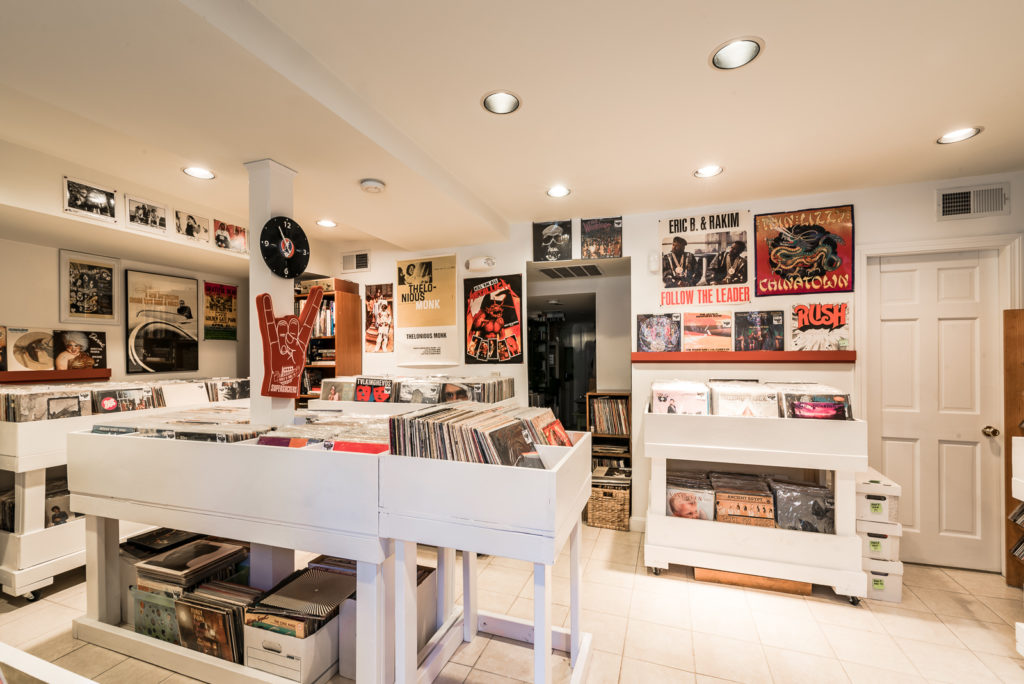 September 14th – Local Art Celebrations! Save the date for a very special day in art history this month — SEPTEMBER 14!…