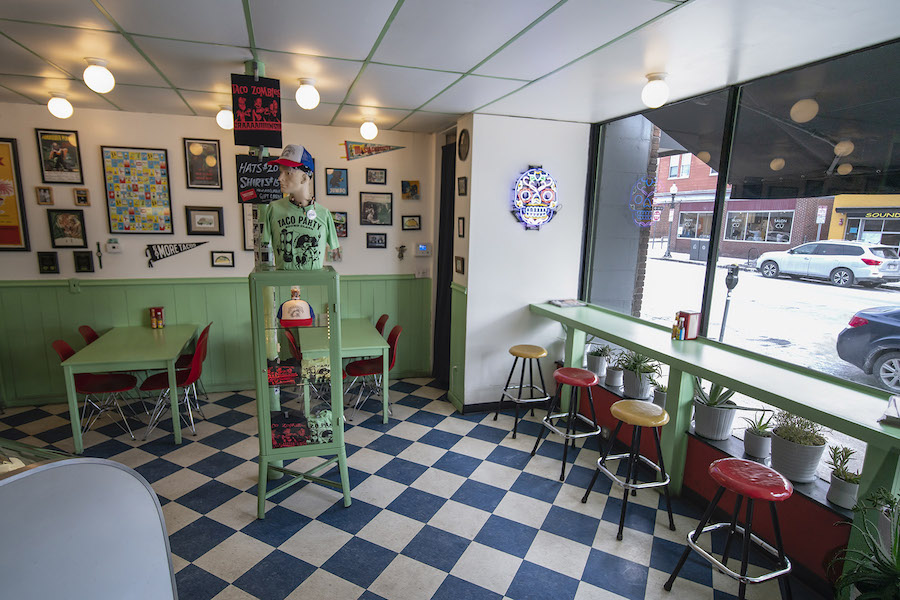 Taco Party is a cherished Somerville eatery that makes the city, known for fluff and armories, hip among the sprouting mc-condo’s and detour signage.

Founded by Keith Schubert as a food truck in 2013 during the great food truck come-uppance, the shop went brick-and-mole in 2015 in the Ball Sq. Neighborhood. Since then they’ve had a number of esteemed taco slingers among their ranks, including even yours truly, and also the x-wma/ Hawaii now Somerville based general manager and lead taco sculptor David Benway.

My personal favorite tacos, if I may be so bold to suggest are the classic chorizo seitan and chimmichurri tempeh tacos. & At an easy four bucks a taco, the one thing I love about taco party, aside from the fact they help you sort your change, is that the establishment is an indefatigable, yet accessible clarion call for veganism in a city with a steak house on every block.

& While we here at the Compass and Hassle usually leave the preaching to Chicago’s avant-gospel group, Ono, reducing the amount of meat you eat in your diet is part of a greener and punker lifestyle. A new piece by Nature titled ‘Options for Keeping the Food System Within Environmental Limits’ suggests that western countries need to curb meat consumption by 90 percent to avoid the worst effects of climate change. & While these esteemed scientists may not be the best at picking titles, they sure can read a thermometer and they’re telling you to get a taco.