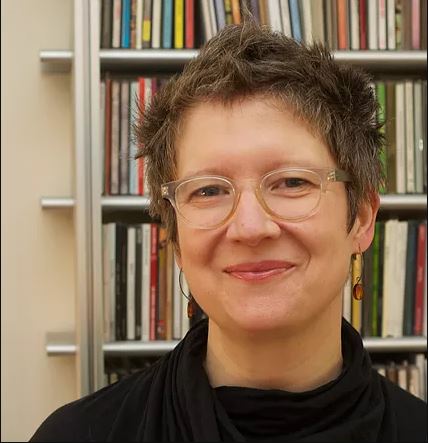 Tune in to Non-Event TV at twitch.tv/nonevent starting Friday, July 9 at 8 PM ET.

Dan Shea:
So, can you share with us a brief history of Non-Event?

Susanna Bolle:
Non-Event formed a little over 20 years ago (our anniversary was in May) by Dan Hirsch and Rob Forman (who runs the excellent Sedimental label) to provide a platform for live experimental music in Boston. Since then, the people who organize Non-Event have changed — I’ve been with the group the longest, having joined in 2003, but we try to bring in new organizers regularly. We organized as a 501(c)(3) in 2011..

At first the focus was presenting shows by national and international artists, who might otherwise not have played in the area. Pretty quickly, however, we’ve come to focus as much on presenting the work of local and regional artists, as we do on bringing in artists from around the world.

At this point, we’ve presented over 500 concerts in a wide variety of spaces around the city. In our long history never had a single, home venue. What makes Non-Event possible, and kind of unique, is all the amazing long-term partnerships we’ve been able to build over the years with organizations
with spaces around the city. These include the Goethe-Institut, the Waterworks Museum, SMFA’s Library Sounds, Café Fixe, Village Vinyl, Boston City Hall, Dissolve Music, and many more.

DS:
What’s this Non-Event TV event all about?

SB:
Non-Event TV is a 24 hour streaming fundraiser in support of, well, Non-Event. It is also a celebration of the community that has sprung up around Non-Event over our long history, as well as a kind of imperfect summation of our programming over the past few years. We are presenting some incredible video and audio of performances that have never been shown before, and there is a lot of new work where artists in our orbit tried new and in some cases extremely funny, boring, or random things. In addition to performances we’re presenting studio
visits, interviews, record collection tours, scene reports, and lots of the uncategorizable.

DS:
What’s one of your most memorable Non-Event experiences?

SB:
There have been so many, but one show that sticks out for me is the first show by Felix Kubin at the Goethe back in 2007. I had been working to bring Felix here for around 4 years and then the original venue pulled out on us with only 24-hours’ notice. It was amazingly chaotic and stressful behind
the scenes, with Felix and I running around the city begging and borrowing PA equipment, etc, but the show itself was just amazing.

To be honest, it’s incredibly hard to choose since there have been so many. Do I choose the bachelorette party mistakenly showing up to the Mark Fell show at the Middlesex and then picking fights with members of the audience? Victoria Shen suspending a bass drum over the audience from the upper level of City Hall? Emerging from a quiet improv set at MassArt, featuring Keith Rowe & Taku Sugimoto, to the chaos of Northeastern students rioting after the Patriots won their first Super Bowl? The great Alvin Lucier performing “Bird and Person Dyning” at Le Laboratoire with the key psychoacoustic effect failing repeatedly during soundcheck, only to happen like magic in the performance?

DS:
Do you have programming on tap yet, what does Non-Event’s near future look like?

SB:
We’ll be doing some outdoor shows this summer (starting pretty soon, in fact) and then we hope to organize a few shows inside again in the fall. We really can’t wait to do in-person shows again. We’ve been crazy busy with our online programming this last year, but we miss in-person shows like crazy. Fingers crossed.

SB:
Tune in to Non-Event TV at twitch.tv/nonevent starting Friday, July 9 at 8 PM ET. You can donate anytime at http://www.nonevent.org/membership. 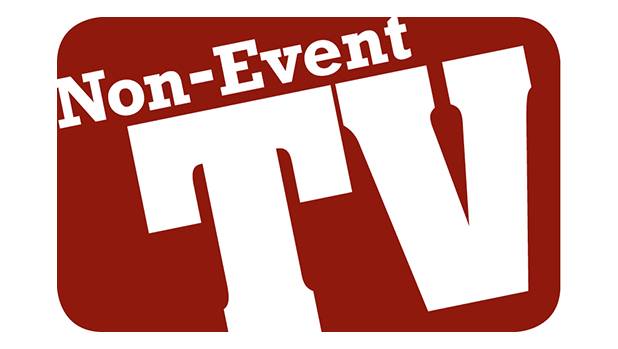