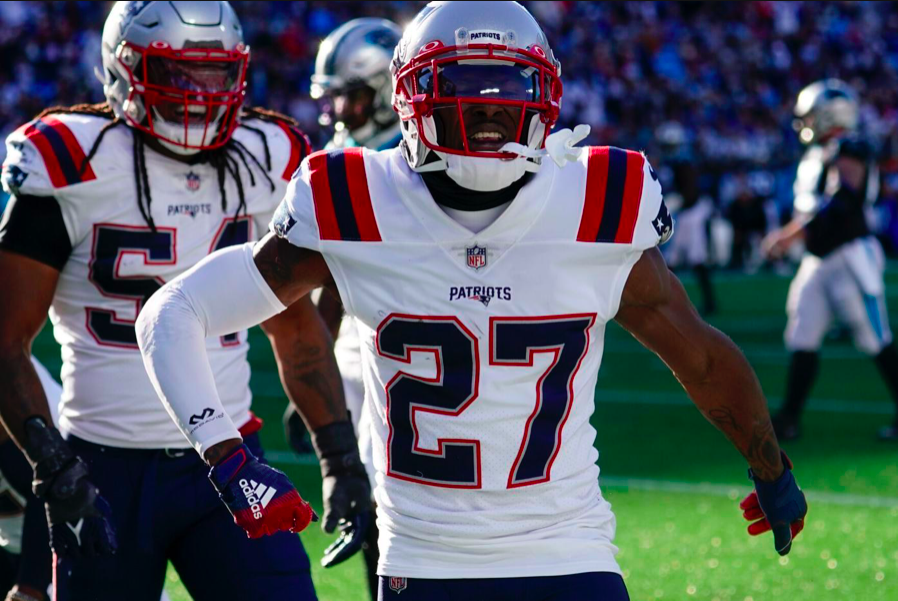 After starting off the season 1-3, New England has won four of their last five games and three straight.

Against Carolina, they seized control early. Carolina Panthers QB Sam Darnold must see ghosts against AFC East opponents not named the New York Jets. Rookie defensive lineman Christian Barmore has been a force in the middle, and for the second straight week the defense scored a touchdown. It seems like the identity of this team has resurfaced. Both of JC Jackson’s interceptions were momentum stopping plays with Carolina driving. We’ve seen classic Belichick teams boast defensive units that bend but don’t break and this stretch has shown potential on how New England could secure a playoff spot in a competitive AFC.

Right now, eleven teams in the conference have at least five wins. Not many teams are trending in the right direction, however. No Derrick Henry in Tennessee. Preseason favorite Kansas City has limped through the first nine weeks. Buffalo has looked beatable lately. Las Vegas has turmoil off the field. And Indianapolis has Carson Wentz. Does that mean the Patriots are the team nobody wants to see? Maybe not quite. Offensively, 17 points won’t scare the best teams in the conference unless the defense continues this momentum through December and into January. Injuries now, like to both running backs for example, may disrupt chemistry. Margin of error is too slim to assume this is the beginning of a long winning streak a la 2006-08. I am certain, however there are not many coaching staffs with an advantage over Belichick and McDaniels when it comes to situational football.

Local Journalism is more important now than ever. Please consider supporting the Boston Hassle’s Annual 2021 Fundraiser for local journalism or become a supporter through Patreon.

In week five of the 2017 season, Nick Folk missed three field goals for the Tampa Bay Buccaneers in a 19-14 loss…