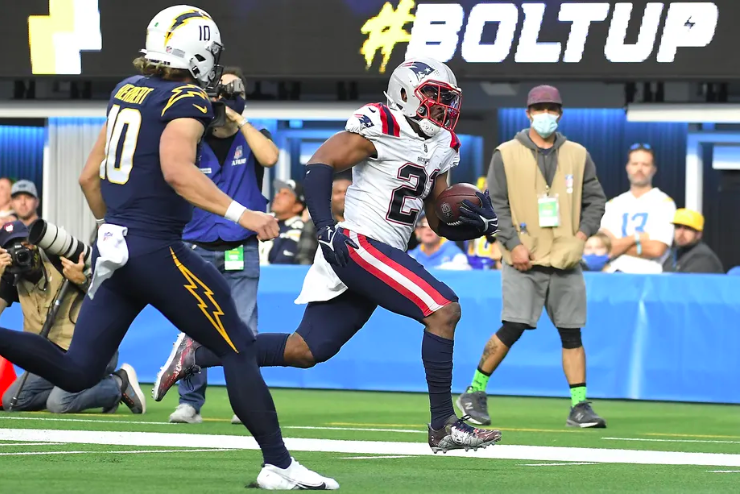 After week four I mentioned that by Halloween this team would be 4-4. New England has found some footing since the Brady Reunion and now are 4-1 in the Conference. In a season where moral victories were starting to pile up, this win has been bubbling for two weeks. Sunday felt like a classic Belichick game, controlling pace and field position. Patriots Offensive and Defensive lines won their battles in the trenches. Running game dominated with over 200 rushing yards and three sacks from the defense. Adrian Phillips second interception shifted the momentum and when it counted, Mac Jones led the offense on an eleven play drive to wipe out over six minutes of gameplay in the crucial fourth quarter.

Now to take off the rose colored glasses. Entering that fourth quarter, New England was down 17-16. Up until, they had to settle for three Nick Folk field goals when they couldn’t find the end zone. Add in another costly fumble and without the defense making plays this game goes the other way. Also, how much stock do you take in barely beating a team who got annihilated by a Baltimore Ravens riddled with injuries?

Mac Jones may be the best rookie quarterback in football. That’s not saying much. First, who is he competing with? The Jets and Jaguars are terrible franchises mired in bad decisions that have little to do with the players they drafted behind center. The 49ers are committed to Jimmy G as the starter a la Alex Smith and Colin Kapernick. And Da Bears! don’t have an offensive line capable of keeping their rookie standing upright. Secondly, Jones hasn’t shown flashes of much besides being competent at the quarterback level. The equivalent of a baseball player who hasn’t gotten their jersey dirty. For example, last week there were at least four overthrown or high passes to receivers. Some in the first half in red zone position, resulting in field goals. One lone offensive touchdown isn’t good enough. Mac and Cheese isn’t prone to throwing the ball to the other team and that is a huge plus. But then what? Quietly the offense has been able to move down the field easier in this past four game stretch. Maybe this time next month momentum will carry this team into playoff contention. Next four games look like this: Panthers, Browns, Falcons, Titans. The conference is starting to shake up. Derrick Henry getting hurt has opened the door for New England to be a wild card if they string together some wins.

My prediction: New England wins one of the next two games, cover on spread for both.

and plays well enough to win against Tennessee but loses.

Did anybody else feel like time stopped when Davis Mills caught the pitch back from Mark Ingram II with 13:31 left in…