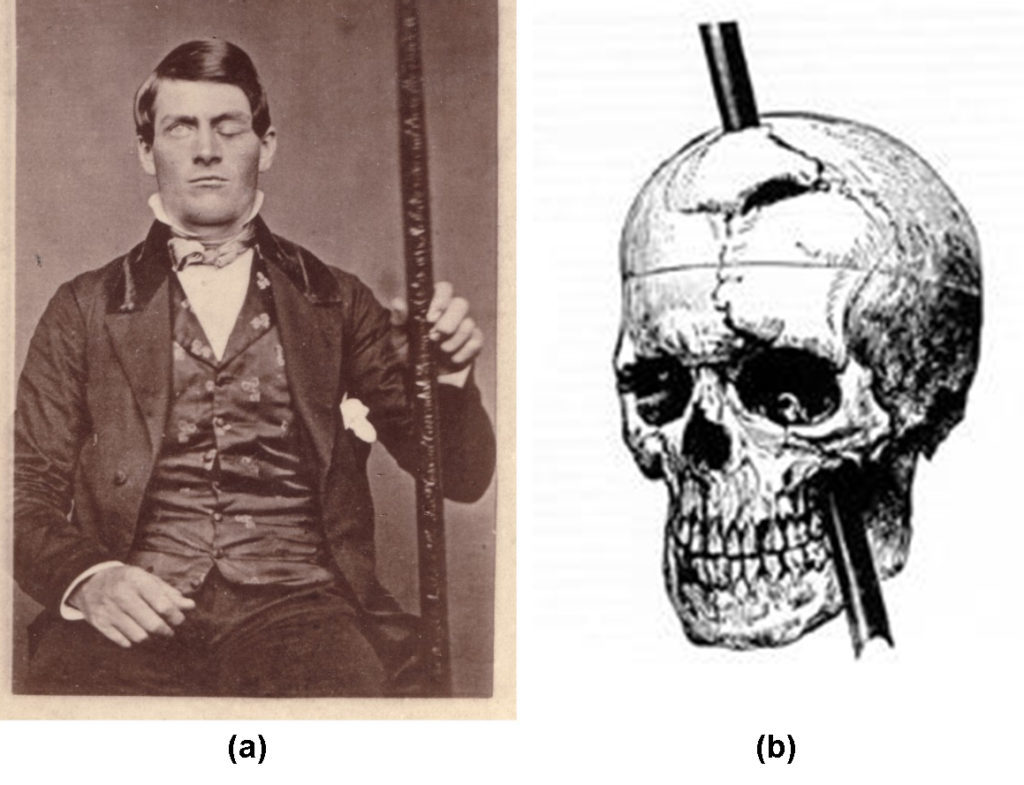 This is a completely subjective list of, I believe twenty four, 2018 releases that split my head open with what I found inside them once I listened. This covers music made OUTSIDE of Boston and the New England states. To read about the Boston/ NE music that will stick with me from 2018 click HERE. The music on this list comes from all over the USofA, and all over the world. It represents a multitude of ways in which my mind was blown by music in the last year, regardless of genre or any other factor. I love that every year I am able to make a list like this, no problem. I love that I live in a world where mind blowing music is constantly being made. And to think of all the music I did not hear! As one of the Directors of Brain Arts Org  it is one of my responsibilities to this city and area to bring mind blowing music to Boston and its surroundings AND of course to foster homegrown mind blowing music right here in Boston and its surroundings. SO, LOOK OUT, especially if you live in Boston, you may be closer to getting your mind blown by music IRL than you think! As you’ll see I’ve only included reviews of the records that I, or others @ the Hassle had previously written. Time restraints is all, no disrespect meant. All of this music speaks very loudly for itself anyway. I hope you enjoy listening.

Armand Hammer – Paraffin (Backwoodz Studioz) (underground hip hop)
“Billy Woods and Elucid’s latest PARAFFIN is a dense, dark, blech-ing slice of 2018 Black paranoia. Well, it would be paranoia if all the things creeping around, lurking in the shadows, seemingly out to get the duo and their brethren were not REAL. So, paranoia this actually is not. It is art as truth. Poetry as rap. Hip hop clad in muted colors, an ugly beautiful statement of the fucked up world we are living in 2018.  This is definitely the best hip hop record I’ve heard this year.  Excellent samples waft throughout the proceedings, at times taking me back to teenage basement days early era Wu Tang Clan style.” …read my whole review from 2018 on the Hassle site HERE

The Dreebs – Forest of a Crew (experimental rock)
“Jordan Bernstein is still the most original guitarist alive and manages to offer up new sounds for even the most jaded experimental music heads. Adam Markiewicz leans into his sacred chorus-of-one, but also stretches out into some Show Me The Body-esque Versace flows. And while the band has always flirted with rock gestures and tribal grooves, Forest finds them embracing the genre unambiguously, with Shannon Sigley seemingly reinventing the 4/4 from scratch. This may be the first Dreebs show I go to where folks will be dancing.”  …read Wes Kaplan’s whole review from 2018 on the Hassle site HERE

emamouse – Pigeon’s Point (denpa song/ experimental electronics)
“Tokyo’s emamouse is a mysterious creature. I’m in love with the music I’ve heard from her, especially this latest record. Video game informed music this certainly is. I keep getting flashbacks to Final Fantasies, though I’m not sure which one, but perhaps a more apt descriptor is that of an amusement park. You’ve somehow found yourself in the park after it’s closed. All the lights are on, and no one else is around, you think. A layer of fantasy settles over you, and you enjoy yourself to the uplifting and somewhat saccharine sounds, but it’s always lurking in the back of your mind: How did you get here? Where is everyone else? Best to just enjoy the rides and not think about any of that though. And around and around you go” …read my whole review from 2018 on the Hassle site HERE


Jako Maron –  The electro Maloya experiments of Jako Maron (Nyege Nyege Tapes) (experimental electronics)
“These electro-Maloya experiments, cast forth unto the world by the awesome Nyege Nyege Tapes, are the mesmerizing electronic tonic I needed to get me through these harried days of pre-Xmas flush. Put this on and be transported. Nigh Afro-kraut-like, at times industrial, sonic exploration that you didn’t realize was missing from your life’s listening puzzle, but it was!! And now it isn’t thanks to Jako Maron from Reunion Island. With Réunionese culture being a blend of European, African, Indian, Chinese
and insular traditions, there’s a whole stew that this music rises out of.”…read my whole review from 2018 on the Hassle site HERE

Mindforce – Excalibur (Triple B Records) (thrash metal/hardcore)
“First things first- this is an absolutely unrelenting, steamroller of a record. Coming from Poughkeepsie, NY- Mindforce really put themselves on the map with their amazing split with Dead Heat this past year, but I hadn’t expected them to come out hitting this hard. Excalibur is 11 tracks of no nonsense, hard as fuck crossover with a foot very deep in the late 80s NYHC camp. The first two Leeway records came to mind immediately during my first listen, aided by 84′-85′ era Metallica and classic galloping riffs in Slayer’s lane. It’s generally lame to compare new stuff to the most ubiquitous classics, but Mindforce takes from that in a refreshing, very energetic way. What’s mostly different than their past releases is the urgency and cohesion of every track here, one after another, with no moment to even consider skipping a bit. Side A is mostly bangers on the short side, Fangs of Time having one of the best riffs I’ve heard all year. The title track is the centerpiece of the album-you can clearly see that these guys aren’t going for anything less than the most anthemic, super aggressive but still catchy jams.” …read Peter Michanovic’s whole review from 2018 on the Hassle site HERE

Special Interest – Spiraling (synth punk/ no wave)
“Post-punk from New Orleans that scrapes away the top layer of the floor of of every room it’s played in (like a goddamn magic eraser). Angry and exhilarating dark punk that if played in a room with a dirt floor will wind up whipping up a dirt storm. SPIRALING is the name of the latest record. And from it “Young, Gifted, Black, In Leather” is a pissed off anthem that a lot more young gifted black people probably need to hear. An anthem that more fucking people in general need to hear. Top to bottom this record is a pissed off and ugly stunner that I can’t stop listening to, so I will not.” …read my whole review from 2018 on the Hassle site HERE

Total Control – Laughing At The System (Alter) (post-punk/ experimental rock)
“Total Control has been for me one of the most exciting punk bands on the planet for a bunch of years now. Their sound, perfectly synth heavy, though not always frenetically so, is imbued with a sense of experimentalism and a general sense of unease. It’s what I want to be listening to and in fact it is what I am listening to. And the band has never sounded better than they do on this 8 song-er that goes by so quickly you might just break that repeat button by smashing it so often. On this one here (LAUGHING AT THE THE SYSTEM (Alter)) they have me thinking of ENO’s rock records, definitely a DEVO/WIRE kind of thing, and also just generally electronic heavy krautrock on a few tracks. This is moody, zagging, cerebral (but not in a way that drags) synth punk. And it’s honestly some of my favorite music of the year (it came out very late 17′, but I’ll be cataloguing as 18′ thanks).

I think “Luxury Vacuum” is my favorite track on this first release by this quintessential Australian band since 2014. A sedated glam rock thing. Goes down smooth. Not quite as dagger-in-the-brain (underground) pop as “Future Crème” from earlier in the record, but it’s a winner. “Ha ha ha as the threads come loose.” “Laughing At The System.” Lots of laughing at things happening, but nothing seems particularly funny. In fact that’s why this record seems so on point, particularly LAUGHING AT THE SYSTEM.” …read my whole review from 2018 on the Hassle site HERE

Yeah You – Vhod (Alter) (noise punk)
“VHOD is the 5th or the 6th release by the band (out on ALTER). This is kinetic noise music. It’s jumping out of the speakers. The electronic rhythms work into a lather on their own over here. The words, the poetry, spinning out of control on their own over here. In the best moments energies connect and intertwine and a small vortex is temporarily created. I felt it through the headphones. Like any good improv, the parts form perfectly like voltron (been watching the NEW one with my son and that shit rules) however fleetingly, and it is powerful. YEAH YOU certainly has power.

“if(newDom)” is 7 minutes and 5 seconds of rant and rap, noise and rhythmic noise. Buzzing synths and samples, field recordings and yelling. Boston’s SKIMASK synapse fires. This song is exhilarating though. I have nothing to hang onto yet somehow I’m hanging on as the ride just gets wilder and wilder like you know, that boat ride in Willy Wonka.” …read my whole review from 2018 on the Hassle site HERE

Dan is one of the founders and directors of the 501(c)(3) non-profit BRAIN Arts Org which runs this Boston Hassle site, of which he is the Chief,  just the Chief. He loves his wife and his 2 boys very much and they live together in Jamaica Plain. When he’s not hanging out with them, or working at one of his 2 non-BRAIN jobs, he writes for this site, plays in the band THIGHS (currently recording), and DJs soul, gospel & rnb music every first thursday in JP @ JESUS DRINKS FREE. Listen to some slightly older music of Dan’s below…