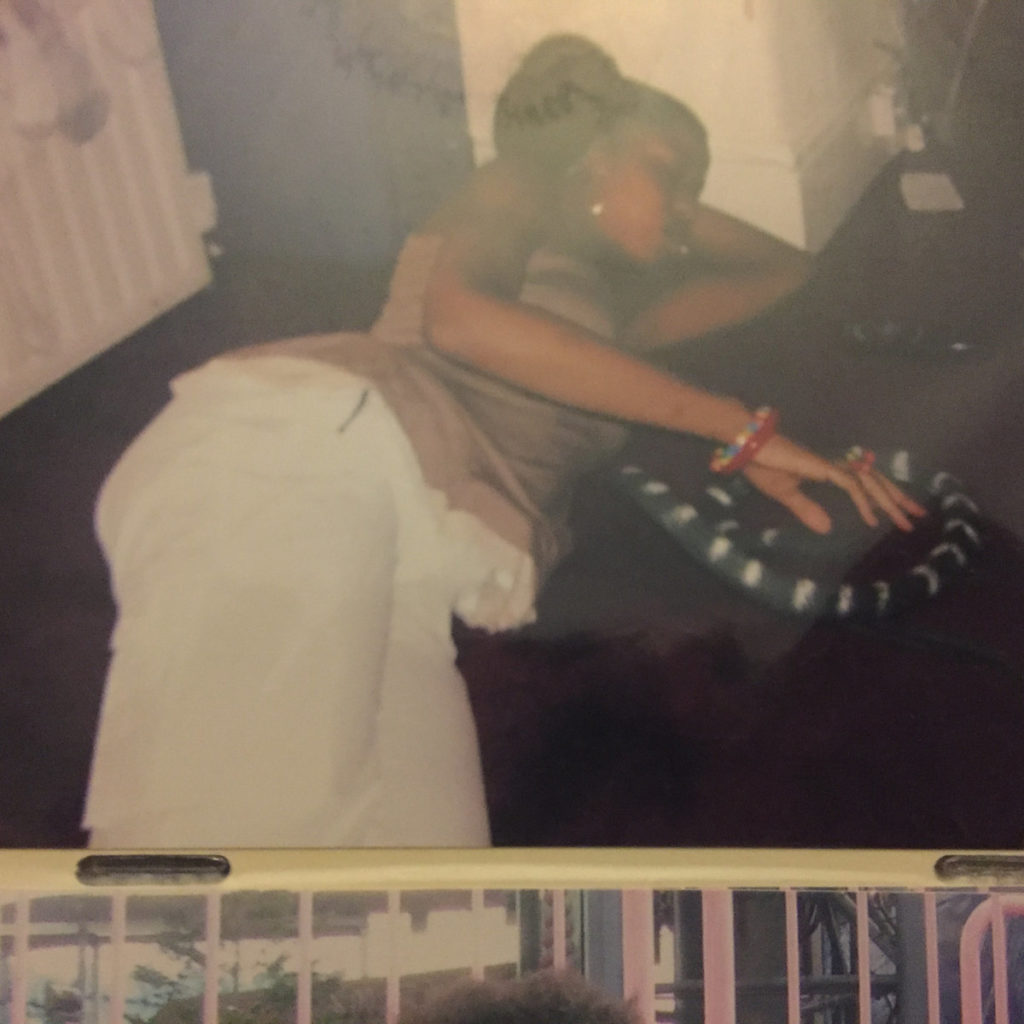 Exactly one year after the debut of his masterpiece, Tears of Joy, rapper MIKE is back with a follow-up, and, in keeping with this anniversary release, Weight of the World functions as a sort of sister project to Tears. Both albums see MIKE wading neck deep into trauma, tragedy, and grief, finding the places where pain comes from, and soothing them with expressions of love. Where Tears of Joy, however, was wandering, obscured, and startling in its sudden narrative and thematic shifts, cohering under the all-encompassing shadow of his mother’s passing, Weight of the World finds MIKE more direct than ever.

Perhaps the best way to articulate the newness here is by looking to the album title itself as a frame. The term “weight of the world” harkens back to the pain and wearied determination of MIKE’s previous work while also posing several new questions. Namely: what is the world made of, and how exactly does it weigh on us collectively and individually? These two uncertainties serve as the album’s guiding principles, and grant MIKE’s writing a new found forward momentum, pointing always at what experiences define our reality, how we define the spaces around us, where we draw the boundaries between the inside and out, whether those boundaries are really so strong, and whether they can ever really protect us.

This is not a work, however, that is content to label the world – or any of its component parts for that matter – as simply good or bad. This is not a work of art about simple binaries. Rather, Weight of the World is a catalogue of paradoxes, impossible decisions, and no-win scenarios. More than a presentation of good and evil, it is a series of duels with every worldly manifestation of evil MIKE can conjure in his music. And that he does, turning the cold of a New York winter against the flames of hell, pitting the bottle burning his stomach against a world spinning out of control, and weighing the benefits of the anonymous crowds at his shows against those of the snakes inside his circle.

These flames, snakes, bottles, and bottomless pits, then, are essential components of the world as constructed by MIKE. The world, it seems, is so full of evil, deceit, and pain that no matter where you look, or how you look at it, there’s no real escape. The world is a constant battle between past regrets and a hostile future, getting heavier with each passing year, weighing more and more on your shoulders the harder you work to lift it up. “And I admit the more I fight, the more there is to mourn” goes album stand out “coat of many colors.”

Elsewhere, songs like opener “love supremacy” – with its spiraling strings that coil tighter with every four bars – “delicate” – which finds MIKE with his “head in the abyss… fucking with goat” – and the stellar “get rich quick scheme” elaborate on these paradoxes and mental traps.

The latter, in fact, may be one of MIKE’s most unguarded and critical songs yet, shining a light on the underside of both the music industry and its willing pawns. “Said it’s more than just this image you were trying to sell / try to water down the mission for the clientele” says MIKE, demonstrating how even the music itself, so often upheld as medicine for the world’s ills, is too often stripped of its autonomy and healing power so that those in power may package and sell not only the aesthetic of rap, but also the rappers themselves. Backed by a massive-sounding, truly incredible KeiyaA-produced instrumental, the song triumphs as a self-assured and resilient statement on the disenfranchisement and ultimate dehumanization of black artists, and how those artists persist in their vital work despite it all.

While not every moment on Weight of the World is so bombastic, the production remains consistently strong, stripping back the complexity only slightly from Tears of Joy, while adding in some new motifs like the Brazilian-pop-sampling “what’s home ½” and “weight of the word*” and the spacey bells and piano hits on “222” and “da screets.” MIKE once again produces the majority of the instrumentals here under his alias dj blackpower, with returning producer Rob Chambers and the aforementioned KeiyaA rounding out the production credits. There remains, from project to project, a kind of musical coherence and logical progression that can only exist when an artist continually feeds back into his long-time cast of collaborators, something that has bolstered the success of sLUms as a collective as much as it has contributed to MIKE’s individual success.

The same can be said of the featured verses, of which there are only two, both saved for the albums finals two songs. The first comes from London rapper Jadasea, who powerfully echoes the album’s fundamental conflicts. “I’m in ends, no end to it / It got around came back / We went through it / Same shit, different day / Nothing new to it / Used to be used to it” he says, face to face with the world, not quite crumbling under the weight of it. Each of the album’s many demons and figures of evil are compressed, here, into a single, endless cycle.

What most definitively sets this album apart, though, from MIKE’s previous work, is its capacity to offer a clear path out of such cycles of despair. Never is this clearer than in the transition between Weight of the World’s penultimate song and its closer. As MIKE’s verse on “da screets” comes to an end it is overtaken by a voicemail from some anonymous figure, a loved one, “just calling to check up,” and then praying that God protect him, that he lives “a long and successful life.” It’s a moment that calls back to earlier interlude “never thought/more power” wherein the speaker calls for the “balance” that will “bring us joy” and help us “be full with love.” Immediately following this outro is “allstar” which features Earl Sweatshirt, and acts not only as the album’s climax, but as a climactic moment for two artists whose importance to each other has become increasingly undeniable since the 2018 release of Earl’s Some Rap Songs. It’s something that fans have anticipated since that moment, and finds both artists effortlessly at the top, bolstered by one of MIKE’s finest produced instrumentals of all time. It’s also a demonstration of how such moments of togetherness can overcome fear and doubt, with Earl rapping “Middle school I moonlit as a arson / I’m finished tryna ruin what I start / I’m through with tryna barter for remorse sabotagin’ …. But I know spirals, how it go ‘round / Coil tight let the light from the core burn it all down.”

The world weighs on each of us, and it can sometimes feel like too much to carry. Shutting the world out, however, or at least attempting to, only lets the evil grow heavier with time. If there is an ultimate thesis that MIKE presents here, then, it would be that the world itself grants us the tools to overcome the evil it harbors. The world is not limited to harm or to pain, to snakes or to flames, the world is also our circle, our friends and family, our passion and determination, the sum total of the love and joy we experience in the course of our lifetime as humans. MIKE, more than ever, seems determined, or at least hopeful, that this is enough to make it through. To this end, maybe MIKE says everything he possibly could on the album’s very first song, “I got my mother’s laugh, grinnin’ through a bunch of sad shit.”