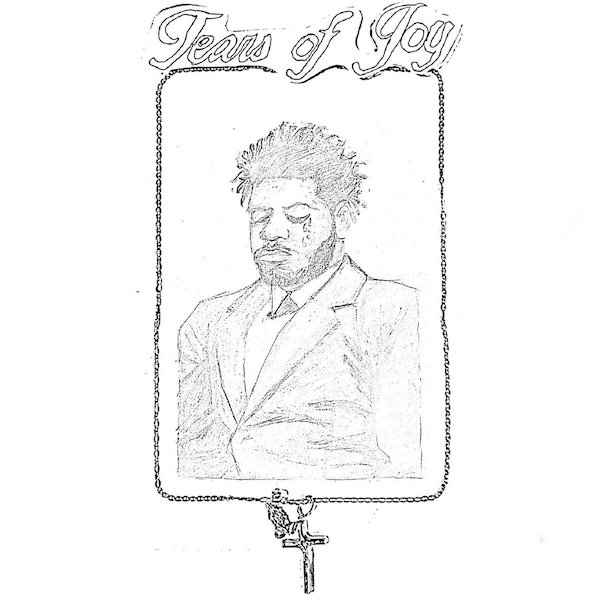 It feels like just yesterday New York rapper Michael Bonema – AKA MIKE – released War In My Pen, the final of four projects he would publish in 2018.

In a genre where new material is demanded at an almost unbelievable pace (and where fans will take matters into their own hands if those demands are not met) the tape was only the latest showcase of MIKE’s ability to keep up. A solid summation of the various ideas that informed breakthrough albums and EPs like MAY GOD BLESS YOUR HUSTLE and BY THE WATER, WAR IN MY PEN was an artistic total package with something for everyone. More so an affirmation of the artist’s place in the industry, as opposed to anything dramatic or unexpected. His newest project, tears of joy is, by contrast, a confident step forward into thrilling new territories, and an artistic accomplishment by any measure, establishing a new high watermark for MIKE and a new line in the sand for his experimental rap contemporaries.

Each song here functions like a tiny piece of a larger diorama, with the final product feeling at all times both carefully considered and freely improvised. The dust on the mirror in an old apartment, the sound of the 2 train outside, summer rain falling on chalk-covered concrete, they’re all details that are as individually important to the story being told as they are open to endless poetical tangents on time, place, and identity. It doesn’t hurt, either, that they come over some of MIKE’s best ever production. Though not entirely self-produced like his previous project, tears of joy is no less cohesive sonically. Rather, the same ideas you’ve come to expect from the artist and the rest of the sLUms collective (stuttering vocal samples, off kilter drum patterns, etc.) are found, here, more fleshed out and buzzing with energy than ever before.

Electric pianos zig-zag endlessly on “Whole Wide World” soul samples clatter gorgeously against trap drums on “Goin’ Truuu” and, on “Summer 17” jittery flutes and vocals slide off the back of what is undeniably the heaviest bass to ever feature in a MIKE song. The self-produced instrumentals, meanwhile – still done under the dj blackpower alias – reach new heights of complexity without losing any of the roughness that has made them so consistently charming and emotionally potent.

This isn’t to say, however, that the imagery or instrumentals ever steal the show or distract from what is MIKE’s most narratively driven work yet. tears of joy is about the passing of Bonema’s mother, and the journey taken to accept that loss. It’s as harrowing as you’d expect, and, though not a stranger to introspection by any means, finds the artist, for the first time, reaching what seem to be the very depths of his character. Lyrics still morph and modulate in real time, jumping from personal storytelling to political commentary to one-liners as relentlessly as ever. Now, however, a pervading and unmistakable sense of grief underscores it all.

On opener “Scarred Lungs Vol. 1 & 2” MIKE raps “the feeling when you got robbed / somebody playing with my mom I hope it’s not God / somebody laying in demise I hope it’s not ours.” Later, on “memorial” he raps “I couldn’t write about much because it hurt mind / why does trying seem to buck me at the worst times? / ever since my mom was flying out of touch now / why you always see me high it’s hard to come down.” Later still, on “Sleepwalk” he continues, “smoking many spliffs ‘cause I can’t sleep at night / running through these kicks I’m on my reaper’s time / burning, I just think about the sweeter times / make them prices high even when that fee declined.”

Each of these lines is from a different point on the record, and yet it feels as though they could all be a part of one continuous verse. This, combined with a general lack of hooks and consistently abstract song structures, makes for a narratively driven record that feels more scattered and raw than linear and conceptual, but is made all the better for it. Grief isn’t something that people always express poetically or without self-contradiction. MIKE knows this, and makes no attempt to straighten out his sound to tell his story. Rather, tears of joy is presented plainly, with all its frayed edges and crooked lines left in the open, and makes for the most compelling, devastating, and uplifting work of his career. On “suffocate” MIKE raps “I couldn’t cut the pain, it only bring the moments I miss / under the summer rain my heart glows straight through the mist / hissin at other strains, noises, they fade in the mix.”

The noises here don’t just fade into the mix, they bring it to life.