Helms Alee plays ONCE Ballroom on 6/18 with Earth. Get your tickets here and don’t skip it! They’re not to be missed! Hozoji Margullis will also be doing a drum clinic earlier that day at Q Division studios Presented by Stompbox Sonic to benefit Girls Rock Campaign Boston.

Ben Verellen sings and plays guitars in Helms Alee (along with with Dana James and Hozoji Margullis). He is also the drummer in the band Constant Lovers, the former guitarist/bassist/singer in the bands Harkonen and Roy, the owner of Bar House in Seattle Washington and the founder/creator of Verellen Amplifiers. 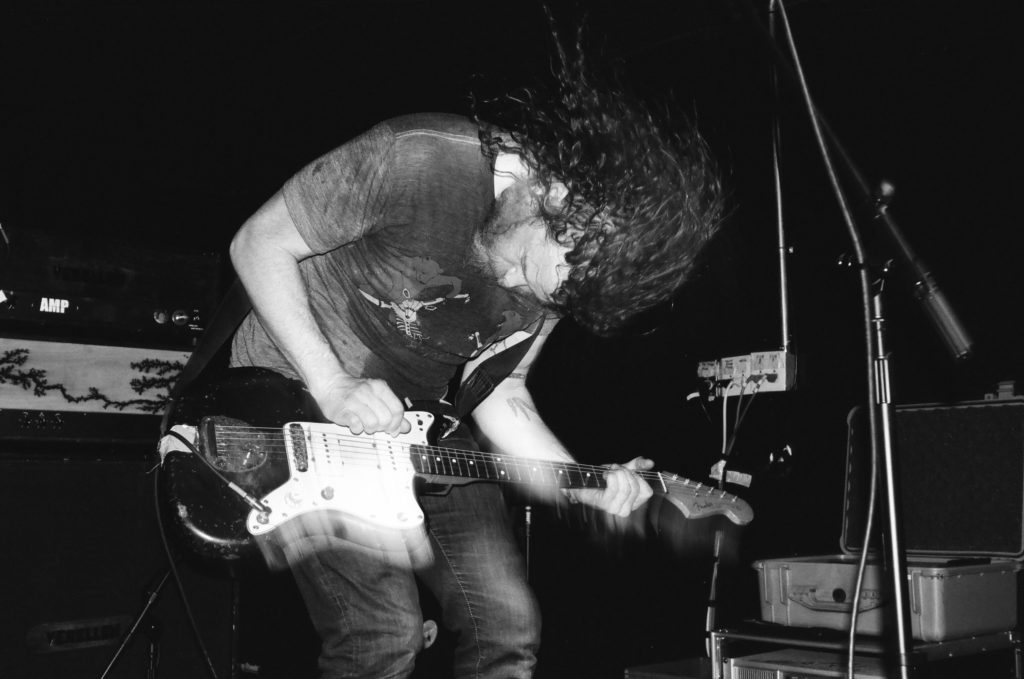 BH: What are some of your favorite musical accomplishments? A show you played, a label or person you worked with, a achievement you met, etc. Really anything that made you step back and say “wow, i did that”.

Ben Verellen: I always feel amazed when we get to travel to places I wouldn’t otherwise get to go through playing music. We’ve also gotten to befriend and share the stage with lots of bands we’ve looked up to for a long time. Last month we joined Melvins on stage for a joint rendition of their song, ‘Night Goat’,that was pretty surreal.

BH: You had a great new record that just dropped. To me, it felt like both a culmination of all of your records before it AND at the same time, it pushed your sound to some new places. What was the writing process like for this one and was it different from the records before it?

BV: Really the same approach as ever, just get in the room regularly and bounce ideas around until things take shape. We spent our typical 2-3 years putting the songs together for this one. The only thing I can point to as a difference is that we came off of a couple years of heavy touring on ‘Stillicide’, so we’d been around each other non stop for months at a time, and maybe had a bit more focus to get this one put together.

BH: Have you played Boston before and have you had any memorable shows or played with bands that you dug?

BV: Yeah, many times, we’ve had scrappy shows at Great Scott, and Middle East, and we’ve played some bigger joints, like Sinclair etc.. over the years. It’s always a town we look forward to playing. 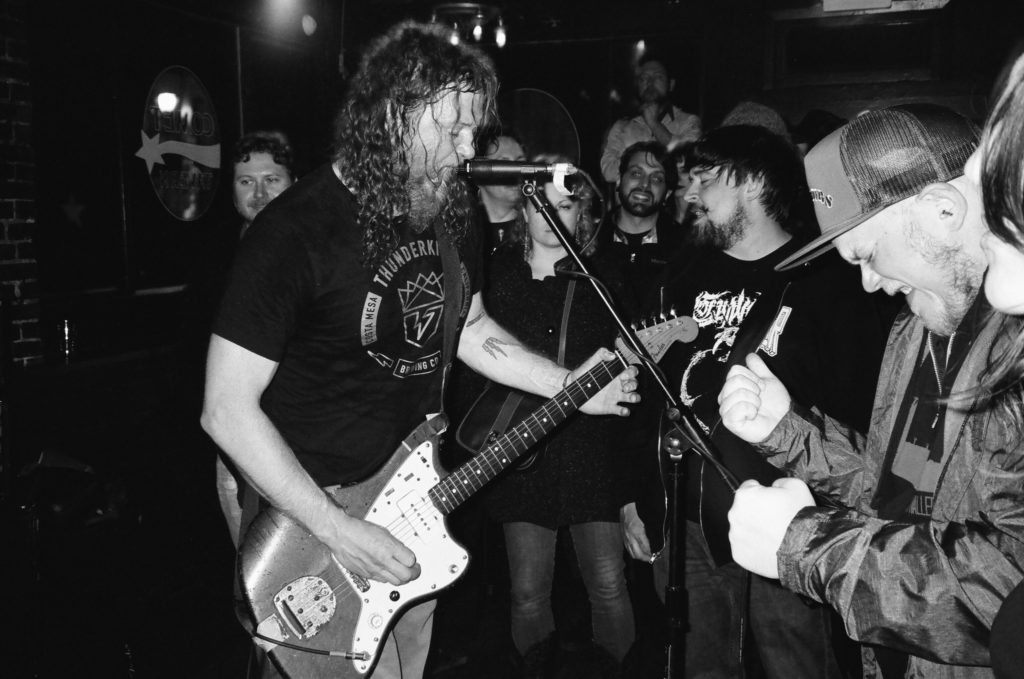 BV: I bring a football on tour so sometimes we’ll get a game of catch going, which can help keep those idle hands at bay. Hoz will do jumping jacks. Sometimes pool or pinball will be a thing.

BH: Is Helms Alee a Seattle band or a Tacoma band (or both)?

BV: Hoz and I were both born and raised in Tacoma, but I’ve been in Seattle for 16 years. Dana grew up in southern California but the band started when she moved to Seattle.

BH: How do you feel like you all fit into the history of WA music? Is there a lineage and where would you place yourself in it.

BV: We’re a band that’s been from Washington for a lot of years, around 13 now? I hope we’re one that sticks around for a long long time. Hoping to play the long game with this band and keep making noise into old age. 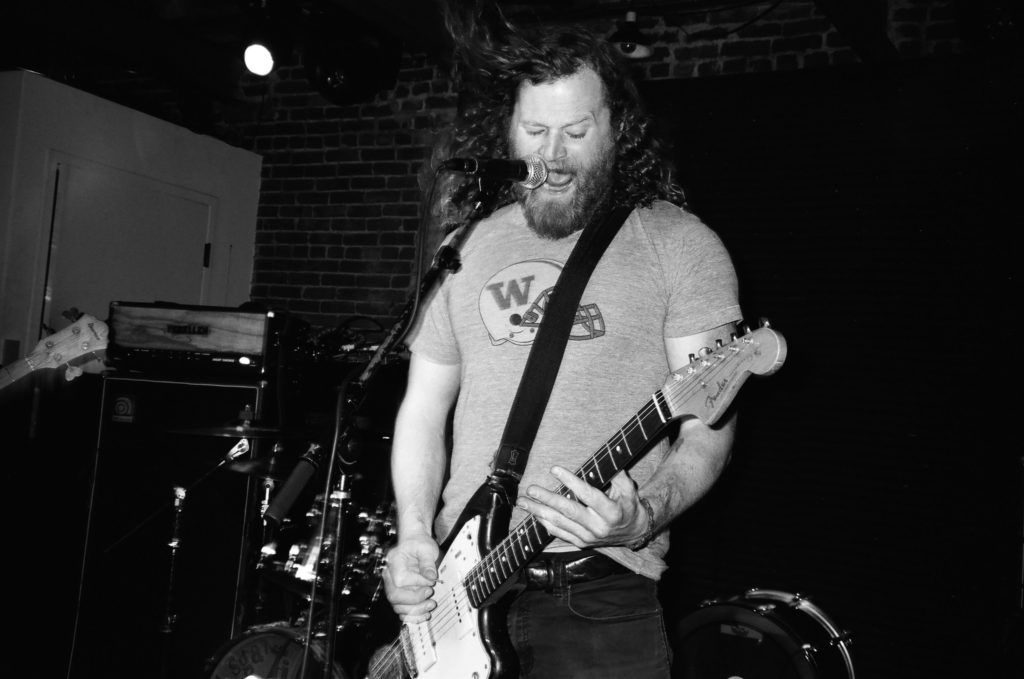 BH: What’s your best crash house story? Where you ended up staying at someone’s house on the road and something interesting happened?

BV: “Interesting” house crash stories typically mean something goes horribly wrong.  Like the hosts want to party their faces off all night long or some roommate or family member doesn’t know you’re coming and an awkward late night argument ensues.  It’s almost always a bad idea.  We only stay with good friends who live in what we call a “grown up” house.

BH: What’s on the music / podcast rotation for this tour?

BV: We’ve been onto one called Risk, it’s short stories about love and sex, that range from funny, disturbing to full blown depressing but the van time seems to pass well with that one. 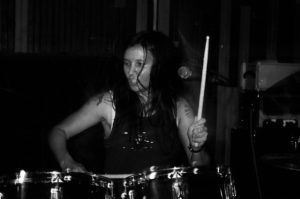 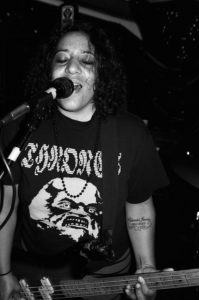 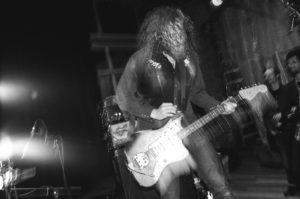 Interview: The Big Sway break down inspiration and process behind their second album

A Look Inside Mt. Greylock: The Band Who Opens Their Home to Showcase Boston...

“[We want] to have people be like 'What was going on in Boston in the early 2020s, that must have been the place to be.'”