A firecracker band whose beginnings were stalled by the pandemic, Champagne Charlie & The Wah Wahs have proven themselves to be solid, ambitious and adaptable. The band was first formed in late 2019 and, although its lineup has changed, founding members Brady Dallas Jones and Mike Petillo remain. Champagne Charlie now consists of Dallas Jones, Petillo, Ben Andrade and Gabryl Adarne – as well as several “auxiliary members” who play either when they are available or when performance calls for their role.

The band’s influences are The Beatles, The Beach Boys and Bruce Springsteen, referred to by the band as their “holy trinity.” Champagne Charlie & The Wah Wahs encompasses the signature sounds of the 1960s and 70s while maintaining their distinctive voice.

When the band began in late 2019, they were eager to spread their music by playing shows. Right after they booked their first gig, however, the pandemic shut down all schools, shows and travel, putting an indefinite wrench in their plans. Instead of wallowing in this disappointment, Champagne Charlie & The Wah Wahs realized they could find a way to continue their passion and their craft.“We decided that we should be doing something and not just sitting around… we were going to make an album,” said Dallas Jones. “But we couldn’t see each other or go to one another, we were all spread across the country.”

With the pandemic came creative, unconventional writing and recording processes. Dallas Jones would begin by uploading a recording of vocals/guitar/drums etc. to Google Drive, after which all members of the band would meet on a Zoom call to discuss what they thought the song needed before separating again to add their own aspects to the song. This method was how the first three singles were made.

In recent times, Champagne Charlie’s writing process has been forced to evolve yet again. At its start, “we were writing everything for the album,” said Dallas Jones. “We had unlimited amounts of time and unlimited amounts of possibility… we weren’t thinking about how we would be playing this live.” As a result, he describes the album as very “production-minded.”

The album has at least 80 tracks on every song, including such elements as stacking dozens of recordings of Mike singing to sound like a choir or a cello recorded tens of times to sound like an entire string section. They took the obstacles that the pandemic presented and transformed that hardship into something original and grand.

In the past year and a half, Champagne Charlie have been able to spread their music further and finally play live shows. Their pent-up excitement for playing shows has translated into an established reputation as a live band. They live for crowd engagement and now write with their audience in mind, rather than the album. They want to make their live set like a party for everyone, in which they engage with the crowd and play songs that are made to get people dancing and singing along. Dallas Jones describes this as an environment of “pure joy.”  He admires the Boston DIY scene for being, “accepting of all kinds of music and people.”

For the upcoming future, Champagne Charlie is focusing on recording. In the beginning months of the new year, be sure to look out for their EP and soon after more shows! 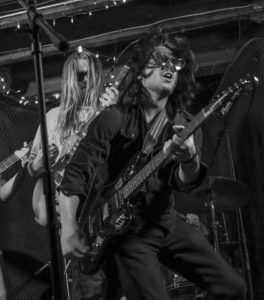 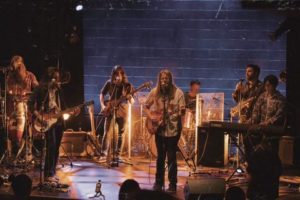 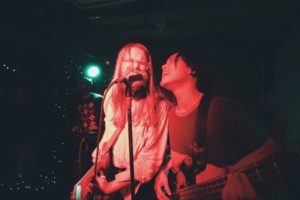 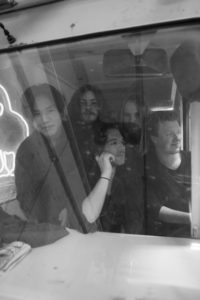