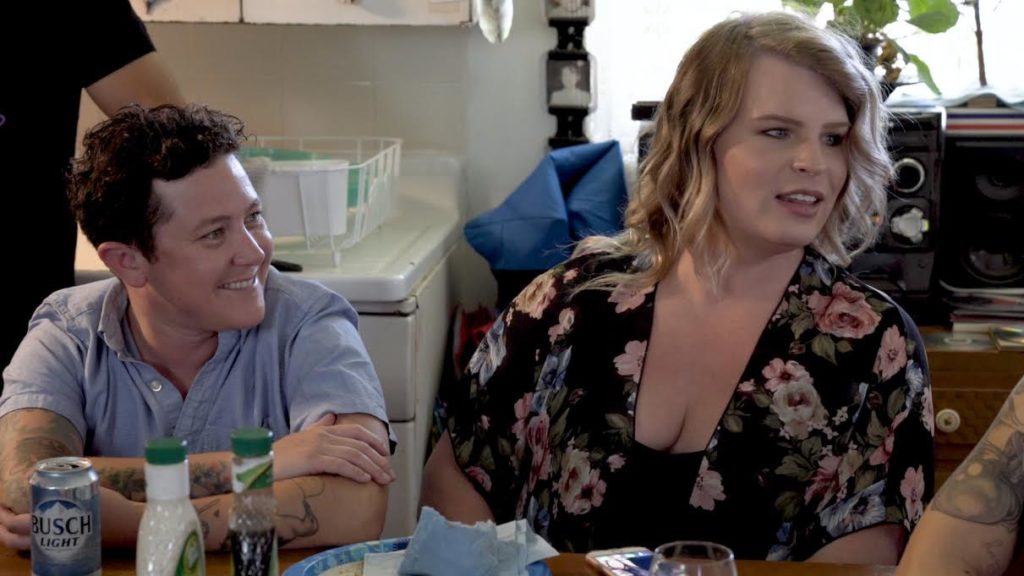 As anyone who’s spent any amount of time in the field can tell you, filmmaking used to be one of the most prohibitive artforms: equipment was bulky, film stock and development was exorbitantly expensive, and post-production was arduous, painstaking work with little margin for error. Fortunately, with the advent of digital technology, filmmaking has been radically democratized, and nowhere is this more welcome and apparent than the documentary. Where the subjects of the genre were once largely Great Men with canonized stories, filmmakers can now find their subjects anywhere, allowing once marginalized lives and voices to be amplified and represented like never before. Such is the case with Jack and Yaya, the charming and vital story of two lifelong friends who have spent thirty years growing up trans together. Shot on a shoestring by co-directors Jen Bagley and Mary Hewey, Jack and Yaya follows its two leads through a year of their lives, documenting both the struggles of being openly trans in an occasionally hostile society, and the powerful support network of loved ones that keeps them going. The Hassle spoke with Bagley and Hewey on representation, the challenges of filmmaking on the fly, and the importance of family.

BOSTON HASSLE: How did you come to tell Jack and Yaya’s story?

MARY HEWEY: Jack was one of my first friends when I moved to Boston in 2010. When we met, we were both new to the city and in moments of personal upheaval, and we really connected over that. We pretty much immediately became best buds, and he has remained one of my closest friends. Throughout the years I would hear about Yaya from Jack. I knew that they had an amazing and unique relationship, but it wasn’t until I started dating Jen that I really considered finding a way to tell their story. So, fast forward to a few days after Christmas in 2016. I was at my grandparents’ house killing time before going to bed, and I ended up opening a Google Doc and just wrote “Jack and Yaya documentary?” I brought the idea back to Jen and, after a lot of conversation, we decided we could try to do a short film.

JEN BAGLEY: Our plan was to film them for a year (their 30th year of friendship) and see what happened. We took some trips to New Jersey and filmed Jack in Boston, and it turned out that a few momentous things occurred in both Jack and Yaya’s worlds. We eventually realized their history and lives were so rich that our short was turning into a feature.

BH: What surprised you the most while making the film?

MH: I was most surprised by how open and honest Jack and Yaya and their families were from the get-go. Obviously, with Jack it was a little different, since we had a pre-existing relationship, but with everyone else we were more-or-less meeting them for the first time. But from day one, everyone treated us like we were part of the family. They shared photos and videos, they fed us, and they even let us stay in their homes to help us save on travel costs. Their generosity and kindness was truly incredible.

JB: We were super lucky that pretty much everybody in both of the families were extremely supportive of the project. When I first met Tony, Jack’s dad, he gave me a big bear hug and he told me loved me and thanked me. Jack’s mom, Jo Ann, was incredibly sweet and entrusted us with the only copies of Jack’s childhood home videos, and everyone let us film and stay multiple days and nights in their homes.  I was prepared for more resistance, but there was no complaining, and all love from everyone. 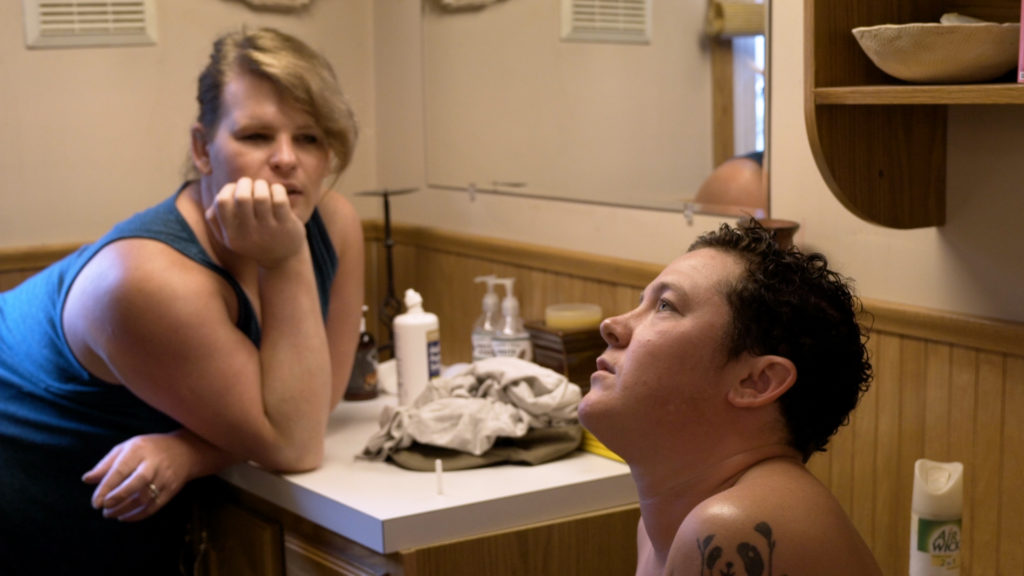 BH: Did you come across any difficulties while shooting?

MH: I think the main challenge was that up until post-production it was just me and Jen. Jen shot the entire film by herself on one camera and did most of the audio too, while I interviewed folks and kept track of equipment. There were definitely some days when we were really missing that extra camera to catch someone’s reaction or just add a new perspective, but ultimately I don’t think we wouldn’t have gotten the same intimate feeling if we had been a bigger crew.

JB: It was tough keeping up with all the action. We usually visited Jersey on holiday weekends so there would lots of people coming in and out, shouting, dogs barking, Busch Lights, etc. I wanted to get it all, but ultimately just couldn’t sometimes. Some key (mostly comedic) moments were missed, and I had to make peace with some of those losses.

BH: What do you hope viewers take away from the film?

JB: We made this movie because we thought that Jack, Yaya, their families, and their friendship should be celebrated. The world needs a little taste of how much love and truth all of these folks have to give. I want the audience to know and experience their struggles and triumphs, and at the same time soak in all the love pouring out from everyone in this film.

MH: I also hope viewers leave feeling inspired to protect and support the rights of trans and gender nonconforming folks.  There’s an epidemic of violence against trans people, particularly trans women of color, and I feel like it needs to be getting much more attention.

BH: What’s next for the film, or for you as filmmakers?

JB: We are currently organizing more screenings of Jack & Yaya, and exploring distribution options so we can get it streaming to more audiences. I’m in pre-production of a short doc project about a septuagenarian, her tortoise, and her new cat. I think Mary wants to be on the crew?

LAVAGXRL will tear into into the fabric of the internet w/ their beats, but...