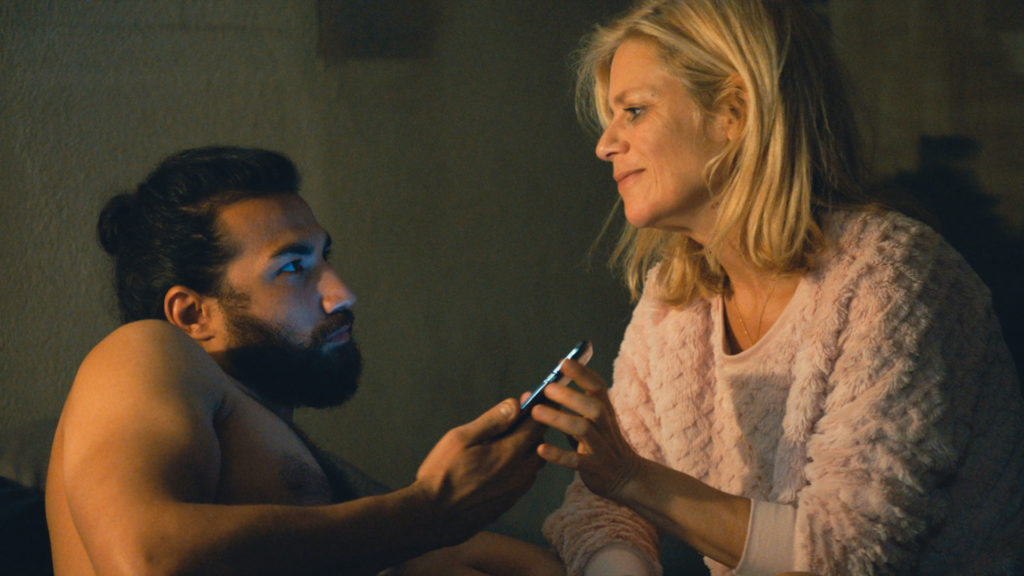 As hard as it is for me to believe that I’m typing these words, Boston is entering its first honest-to-god, unabated film festival season in three years. As I write this, the Hassle film team and myself are in the midst of our traditional coverage of the Boston Underground Film Festival, and the Independent Film Festival Boston is right around the corner. But those aren’t the only two fests in town: on Friday, 3/25, Belmont World Film will launch its 20th (!) International Film Series. Presented in a hybrid format between the festival’s pandemic-launched virtual platform and some of the Boston area’s most beloved independent moviehouses, the series will present another round of powerful and thought-provoking films from around the world. On the eve of the series’ launch, I spoke to Belmont World Film director Ellen Gitelman about how the organization is adapting to the times, and how cutting-edge filmmakers are reflecting them.

BOSTON HASSLE: What can you tell me about some of the titles showcased this year?

The opening film, A Change of Heart, is a true story based on the book Calais, mon amour by Beatrice Huret, who started volunteering at a refugee camp in Calais, France after her husband died. When she meets and falls in love with an illegal refugee from Iran, she slowly starts questioning the prejudices she is accustomed to encountering in her community and is inspired to challenge the laws of her country. It’s more than just a refugee story, though; it’s also just such a beautiful love story. French actor Jeremie Elkaim does a terrific job directing his feature debut, drawing very convincing performances from his actors.

The closing film, Silent Land, is Polish director Agnieszka Woszczynska’s exceptionally assured feature debut that’s set on an unnamed island in Italy. It’s about a bourgeois Polish couple, who witness an accident from their vacation home balcony. To me, it’s a true masterpiece; I wouldn’t be surprised if it is nominated for an Oscar for Best International Feature Film next year, or is at least Poland’s submission for the category. If you liked Ruben Ostlund’s Force Majeure, you’ll love this film. It’s only available in person, and it’s worth seeing on a big screen because it was filmed on Sardinia.

Four other directors are also making their feature film debuts: Maxime Roy’s The Heroics, about a man coming off of 22 years of methadone dependence (based partially on the film’s writer and star Francois Clement’s own experience); Caroline Monnet’s Bootlegger, about a First Nation community in northern Quebec, grappling with a referendum that would overturn the law banning the free sale of alcohol; Julie Lecoustre & Emmanuel Marre’s Cannes Film Festival winner Zero F**ks Given, which stars Adele Exarchopoulos (Blue Is the Warmest Color) as a flight attendant struggling under the indifference and sexism of working for a big corporation; and Kosovan director Kaltrina Krasniqi’s Vera Dreams of the Sea, an intimate yet universal portrait of the power imbalances in a culture in which patrilineal inheritance is the norm.

Films by veteran directors Tony Gatlif (Cannes Film Festival winners Latcho Drom and Exils) and Philippe Le Guay’s (The Women on the Sixth Floor) round out the festival. Tom Medina is Gatlif’s semi-autobiographical film set in the mystical land of the southern French region of the Camargue, where horses run wild; Le Guay’s The Man in the Basement stars Francois Cluzet (The Untouchables with Omar Sy), Jeremie Renier (Polisse), and Berenice Bejo (The Artist) in a thriller about a Jewish family that sells a dilapidated storage room in their basement to a man who turns out to be a rabid anti-Semite and Holocaust denier.

BH: How does this year’s series differ from last year’s (and years past)?

EG: This year we are moving from an all-virtual format to a hybrid one. Three of the eight films in the series will be shown in person on Sunday nights at 7 PM, either at the Majestic 7 Cinema in Watertown (which is a brand new venue for us, since the Studio Cinema in Belmont closed in 2020) or the West Newton Cinema, and online; four films will only be available online. Silent Land, the closing film on Monday, May 16, can only be seen in-person (at the Majestic 7 Cinema). The in-person screenings take place nearly every other week. All discussions or Q&As with filmmakers will still take place on Zoom on Mondays at 7 PM, except for the closing film which will take place immediately following the screening; it will be moderated by arts and entertainment critic Joyce Kulhawik.

As of this writing, we’ll also have COVID protocols, which is something we’ve never had before! Based on audience feedback, we require proof of vaccination or a negative COVID test (either a home test on the day of the screening or a PCR test within 72 hours) and masks. To keep interactions to a minimum, audience members must also purchase tickets online rather than at the box office.

What’s truly different this year from the B.C. years (Before COVID) is that we won’t have our traditional opening and closing night dinners. It used to be a festive way to kick off and wrap up the series. It created a strong sense of community, and it allowed people to try some fun cuisines that were related to the countries that the opening and closing films were from. It was a way to support local restaurants and caterers too.

Seeing as this is our 20th International Film Series, we probably would have had some sort of celebration at the end of the series like we did for our 10th year, but based on audience feedback, we chose not to, since many of our long-time audience members would not be able to participate. We may still have a celebration later this year. Stay tuned.

BH: How, in your eyes, are international filmmakers responding to the world around us?

EG: What a great question! I thought we’d see more comedies being made considering the pandemic, but filmmakers have not lost their focus on other everyday stories happening around the world. For a while, very few narrative films were being made; it was more feasible to make documentaries. But after vaccines became available, it seems as though there was an explosion of creativity and a return to the kind of storytelling that we seek when we choose the films for our series.

The films that we’ve come across lately are continuing to shed light on the human condition—both good and bad—as well as important world issues, such as the plight of refugees, sexism, racism, capitalism, and other -isms. And surprisingly, we’ve seen several indulgent, narcissistic films as well. Some were so bad, they were nearly unwatchable. 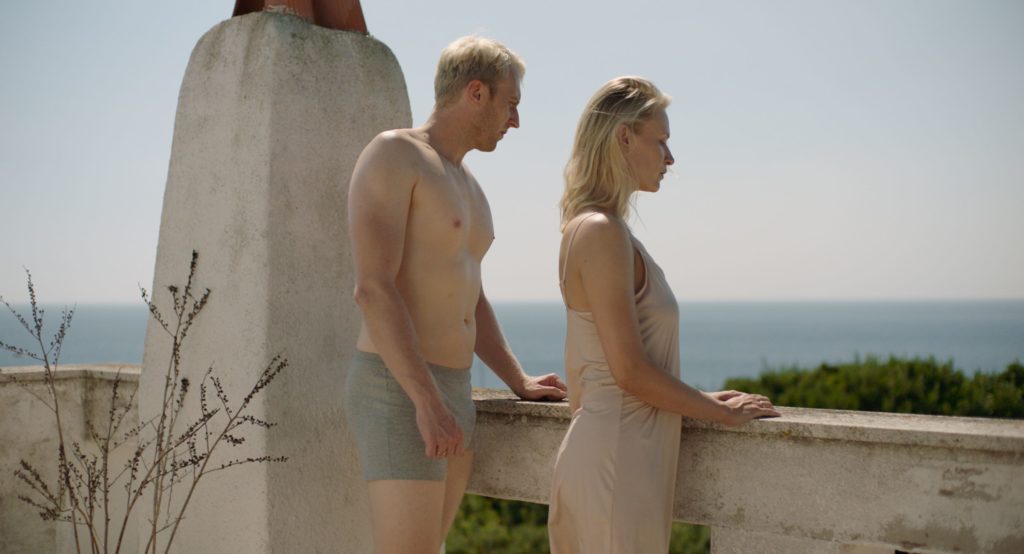 BH: The last time we spoke, you were just about to launch last year’s virtual edition of the International Film Series. What did you learn from that experience?

EG: Since the films we show are always by filmmakers from other countries, not only were we able to have more filmmakers participate in Q&As last year, but we learned that it was also easier for people to hear one another and converse on Zoom than in a theater! And we didn’t have the pressure of having to end in the middle of a good discussion. We also learned that being virtual was truly a gift when in-person gatherings were not something people were eager to do. At the same time, we acknowledged that nothing can replace the experience of hearing other people laugh or sigh together in recognition while watching a movie on a big screen. People really missed being able to hang out and connect after our discussions too, even though they were grateful for the virtual option.

Our learning curve for our International Film Series was less steep both this year and last because we had already produced an online Family Festival in January 2021, so we were already familiar with working with a virtual platform. Of course, each time we hold a virtual festival, it deepens our understanding of how to use the platform and what the best practices are.

BH: What do you see for the future of the festival?

EG: I foresee more in-person screenings next year, but I think virtual screenings will continue to play a role, particularly for the audience members we acquired by going virtual; people from all over the country, especially from New England, have been able to participate in the festival, and we’d like to be able to continue the relationship with them.

While it would be nice to have filmmakers join us in person, I think it’s more environmentally friendly to hold our Q&As with filmmakers virtually too. For example, in 2021, the director of Lunana, A Yak in the Classroom, which is nominated for an Oscar for Best International Feature Film this year, was able to spend nearly two hours talking about his film from Taiwan, That was a special experience that our audience members won’t soon forget, and it wouldn’t have happened otherwise!